'This is Just the Beginning': UAE Officially Opens Embassy in Israel 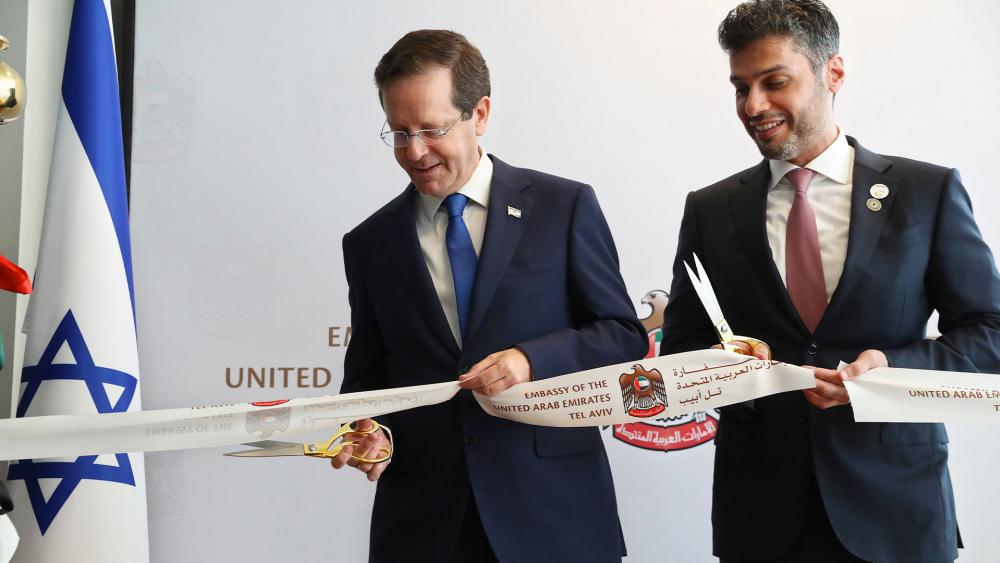 “To see the Emirati flag in the skies of Tel Aviv would have seemed a distant dream. Today it is a reality,” Herzog said.

Khaja said it is “a great honor” for his country to open an embassy in Israel.

“This is just the beginning. Both countries are innovative nations and we will harness these new approaches for the prosperity of the countries,” he said.

“We are standing here today because we chose peace over war, cooperation over conflict, the good of our children over the bad memories of the past,” Lapid said at the opening ceremony of the embassy.

The embassy openings come nearly a year after Israel and the UAE announced they would normalize ties in an agreement known as the “Abraham Accords.” Bahrain, Sudan and Morocco also agreed to normalize ties.