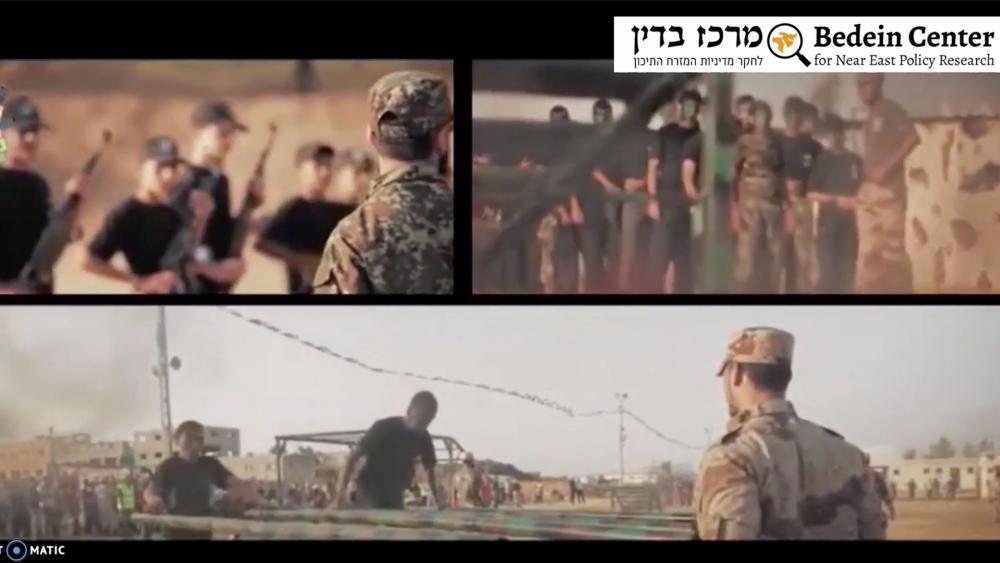 The Izz ad-Din al-Qassam Brigades, the terrorist wing of Hamas, are registering Palestinians at the United Nations Relief and Works Agency (UNRWA) and elsewhere for summer camp this week.

A Hamas video explaining the camps was posted by the Center for Near East Policy Research.

Dubbed “Pioneers of Return” summer camps, “The Sword of Jerusalem,” the boys and young men are shown in intensive military training including marching with guns, jumping through rings of fire, and crawling out of hole in the ground armed with an automatic weapon – presumably illustrating a terror tunnel.

The Hamas promotional video says registration for the camps will be held “at your nearest mosque as well as at registration points in public places between the afternoon prayers and the evening prayers.”

David Bedein, director of the Center for Near East Policy Research said that includes recruiting and registering the children UNRWA schools in Gaza. The children are shown in the video being trained with advanced weapons, he said.

“How can the United Nations School allow their students to register for a program designed to kill people?” Bedein asked.

The UN school is allowing people to register for military training and as child soldiers, Bedein told CBN News.

The song in the video proclaims, “I will return to my land. I will return to Lod”.  Lod is a mixed Arab-Jewish city in Israel next to Israel’s main international airport, Ben Gurion.

During the 11-day Guardians of the Walls conflict between Israel and Hamas in May, Arab riots erupted in Lod and elsewhere, shocking Jewish Israelis. Several synagogues were burned during those incidents.

The administration of US President Joe Biden has said it will restore $32 million in funding to UNRWA, that former President Trump dropped due to its support for terrorism.

Bedein has long argued that the curriculum in the UNRWA schools promotes terrorism and advocates getting rid of Israel, and that UNRWA facilities are used to indoctrinate and train Palestinian children for terrorism.

US Secretary of State Antony Blinken said last week that the US would condition its renewal of UNRWA funding on its reform of educational materials and in disseminating anti-Semitic or anti-Israel information like erasing Israel from the map and praising terrorism and martyrdom.

Blinken said the State Department would be “looking very, very carefully” at UNRWA’s mechanism for addressing problems in the educational material.

Bedein said it’s up to the donor nations to make sure that changes are enforced.

“UNRWA can change policy if the donor nations ask them to do so,” Bedein said. 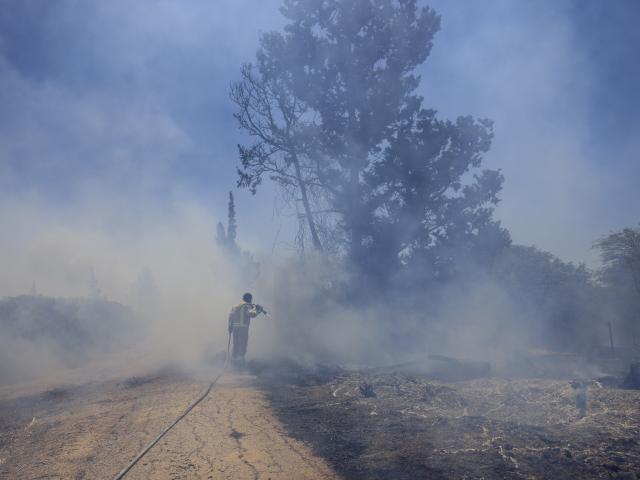