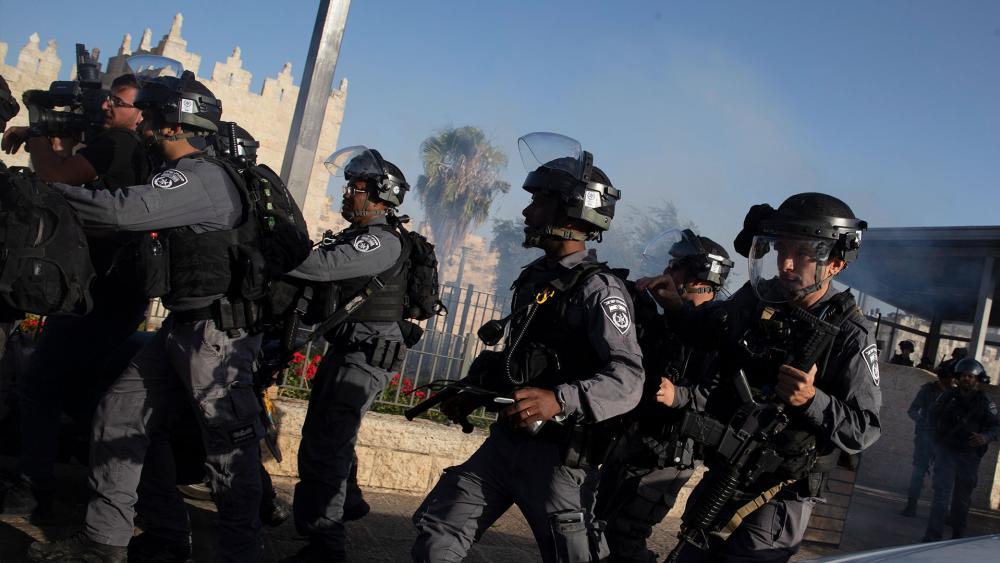 JERUSALEM, Israel – Violence erupted between Jews and Arab as a far-right Israeli lawmaker marched to the Damascus Gate in Jerusalem’s Old City on Thursday.

Ben Gvir was there in what he said was a personal protest after police banned him from parading through the Muslim Quarter to the Temple Mount over security concerns.

"The fact that a member of Knesset in Israel cannot march through the Old City is a disgrace, a capitulation to Hamas and a win for terrorism," he told his crowd of supporters Thursday. "I came here to protest the decision of a failing police commissioner. We won't give up on Jerusalem and the Old City. It is ours."

Last month, unrest at Damascus Gate and the Temple Mount spiraled into an all-out war between Israel and Hamas on May 10th when Hamas began indiscriminately firing thousands of rockets into Israeli towns and cities including Jerusalem and Tel Aviv. During the 11 day war, more than two hundred died inside Gaza and 13 in Israel. Police were concerned Ben Gvir’s march could reignite more violence in Jerusalem and beyond.

Hamas’ military wing issued a statement after Thursday’s unrest saying that it is closely monitoring developments in Jerusalem.

“The Al-Qassam Brigades and the leadership of the resistance are closely following the provocative and aggressive actions by the usurpers and their leaders in Jerusalem and the Al-Aqsa Mosque,” the group said in a statement. “They warn against harming Al-Aqsa, and salute her free defenders in Jerusalem for their confrontation and resistance of the desecration of Al-Aqsa and the aggression against it.”

Ben Gvir has been accused by critics of stoking unrest. He is a disciple of the late Rabbi Meir Kahane, who incited violence against Arabs and called for the expulsion of Arabs and other non-Jews from Israel.

Ben Gvir planned to hold a larger nationalist “flag march” through the Muslim Quarter of the Old City on Thursday, but security officials rescheduled the event to Tuesday, June 15 pending police approval.

The flag march is held every year on Jerusalem Day, which was on May 10 this year. However, the march was interrupted after Hamas fired rockets towards Jerusalem, setting off last month’s war. 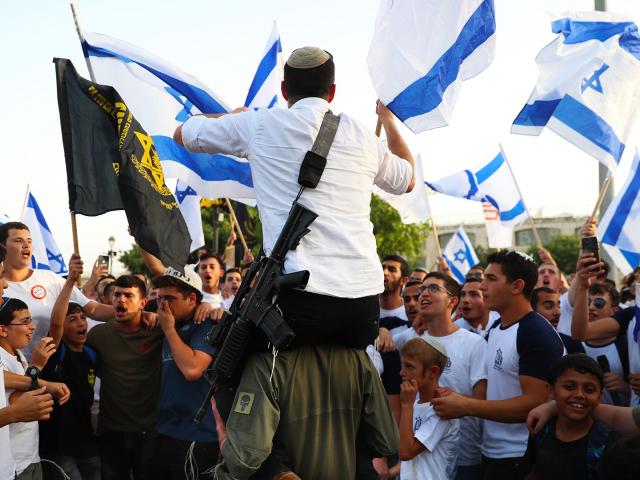 Last week, Defense Minister Benny Gantz met with military officials and issued a statement saying he would push for the march to be canceled if it “requires extraordinary security measures and endangers public order and diplomatic processes.”

The Biden administration warned Israel that the rescheduled march could spark another wave of violence, Ynet news reported.

Ben Gvir expressed outrage over discussions to reroute or cancel the event.

“It is unacceptable for the Israeli government to surrender to Hamas and allow it to dictate the agenda. It is the right of every Jew to march throughout Jerusalem, and that is precisely why I was elected to the Knesset — in order to preserve the right of the Jewish people in the Land of Israel,” he said.

The Palestinian Fatah party called on its members to confront the Israeli demonstrators in Jerusalem. The party urged them “to stand together effectively, to defend Jerusalem and the Islamic and Christian holy sites, and to confront the march of the extremist settlers.”

“The march must not be authorized and a [cancellation] order needs to be issued because of a ‘real danger to public safety,'” Arieh Amit, a former Jerusalem District police commander, told Channel 12 news. “Not because of Hamas’s warnings but because it is completely clear that this is an attempt to ignite East Jerusalem.”

He said the event was scheduled only for Jerusalem Day and should not happen whenever organizers “feel like it.”

“East Jerusalem is currently full of oil vapors and just one small match is needed to set it aflame. A march passing through the Damascus Gate and by way of the Temple Mount gates is exactly the same match that may set the area ablaze,” Karadi said.

Foreign Minister Gabi Ashkenazi wrote a letter to Prime Minister Benjamin Netanyahu warning him of the rising tensions in the Holy City and international pressure.

“Even before [the war with Gaza], and even more so after it, we are witnessing a significant increase in international sensitivity in relation to what is happening in Jerusalem,” the letter read.

The march comes as Netanyahu’s political opponents move closer to swearing in a new governing coalition on Sunday, which would end his 12-year reign as Israel’s prime minister.

The head of Shin Bet, Israel’s security agency, warned against incitement and said it could lead to violence amid this politically sensitive time.

"As someone who leads an organization meant to protect the nation's security, democratic regime, and institutions, I am calling and warning that this discourse may be interpreted by certain groups or lone wolves as permission for violence and illegal activity that could lead to physical harm," Shin Bet Chief Nadav Argaman warned.

He was referring primarily to threats against Naftali Bennett, a right-wing leader who would succeed Netanyahu as prime minister if the new government is sworn in.

Argaman called on political leaders to help ease tensions. "The obligation to calm tensions and to restrain the discourse falls on all of our shoulders," Argaman said.

Netanyahu condemned "all incitement and violence" on Sunday and added that he would “vehemently oppose” the establishment of the new government or “overthrow it very quickly.”