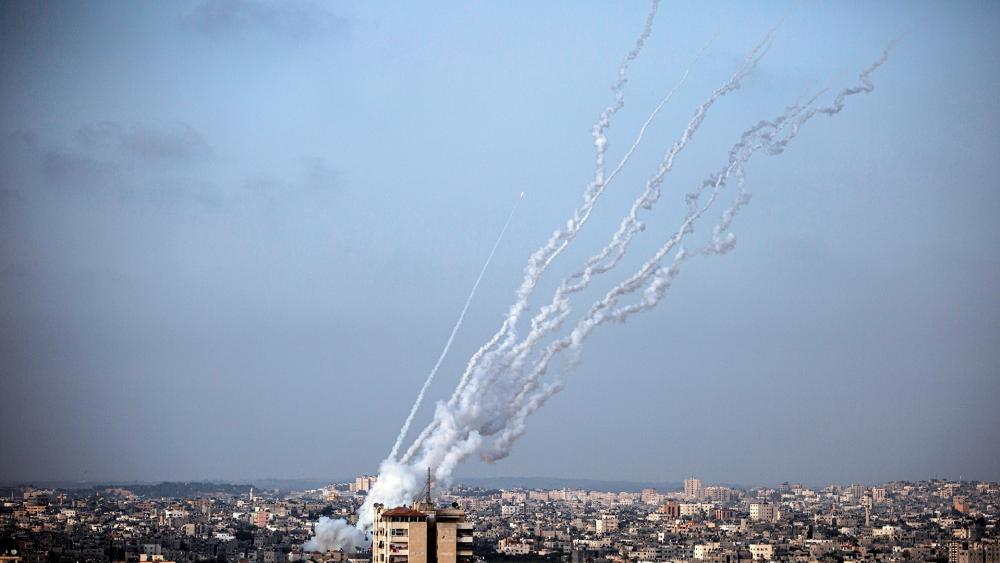 JERUSALEM (AP) - Hamas militants fired dozens of rockets into Israel on Monday, including a barrage that set off air raid sirens as far away as Jerusalem, after hundreds of Palestinians were hurt in clashes with Israeli police at a flashpoint religious site in the contested holy city.

The early evening attack on Jerusalem drastically escalated the already heightened tensions throughout the region following weeks of confrontations between Israeli police and Palestinian protesters that have threatened to become a wider conflict.

The Israeli military responded with airstrikes in Gaza that killed at least one person, and officials warned of an open-ended operation against the territory's Hamas militant rulers.

“We see this as a very severe attack on Israel, an attack that will not go unanswered,” said Lt. Col. Jonathan Conricus, a military spokesman. “Hamas bears full responsibility,” he added, saying Israel planned to deliver a ”severe blow."

Conricus said a total of 50 rockets were fired into Israel, including six that were aimed at Jerusalem, some 100 kilometers (60 miles) away. It was believed to be the first rocket attack on the city since a 2014 war.

Shortly after the sirens sounded, explosions could be heard in Jerusalem. One rocket fell on the western outskirts of the city, lightly damaging a home and causing a brush fire. The Israeli army said one rocket was intercepted and the others fell in open areas. Rocket fire on southern Israel continued throughout the evening.

The Israeli army said an Israeli civilian in the country's south suffered mild injuries when a vehicle was struck by an anti-tank missile from Gaza.