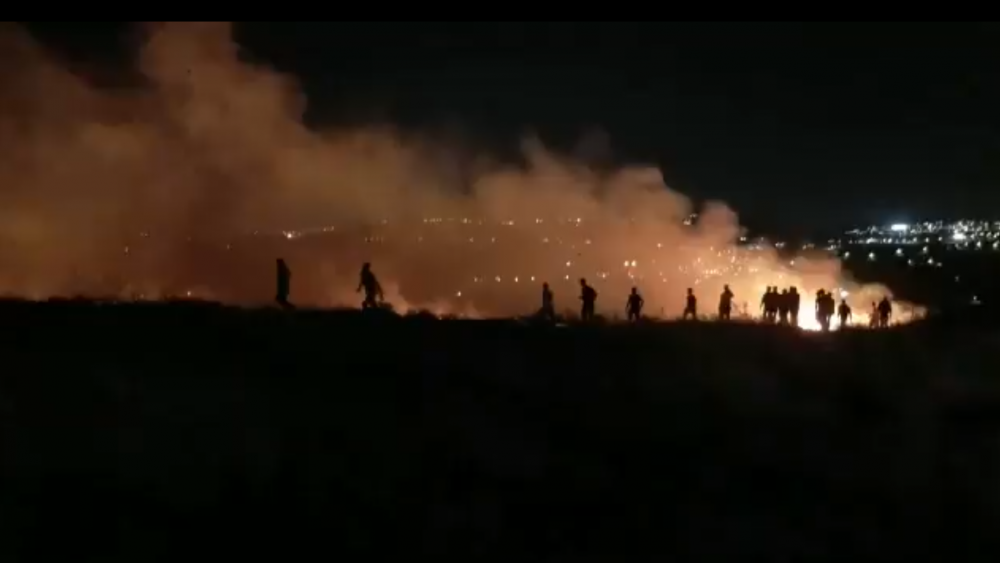 Israelis from a settlement community attacked a Palestinian village early Monday morning, setting fires and throwing rocks at residents in an apparent act of revenge for a terror attack the day before, Israeli media reported.

The clashes broke out in the Palestinian village of Jaloud in the West Bank - biblical Judea and Samaria. The alleged attackers were Israelis from the nearby settlement of Shiloh, according to the left-wing human rights group B'Tselem.

The Israeli military confirmed that Israeli civilians and Palestinians hurled rocks at each other outside the village and that “a number of locations were ignited.” The military did not provide details on what triggered the violence.

Soldiers and Israeli Border police attempted to break up the fighting by using riot dispersal tools like rubber bullets. Four people were injured during the clashes.

Police arrested eleven Palestinian residents of the village and no Israelis, The Times of Israel reports.

The violence came hours after Palestinian gunmen opened fire on three Israeli settlers during a drive-by shooting at a bus stop in the West Bank on Sunday. Two of the three victims were seriously injured and a manhunt is underway for suspects.

Israeli settlement communities in the West Bank – Biblical Judea and Samaria have been flashpoints for violence and terror attacks. Palestinians envision the territory as part of their future state and an obstacle to peace. Meanwhile, many Israelis consider it to be their biblical inheritance and their return as a fulfillment of the prophecies in the Bible.