Lebanon Teeters on Brink of Economic Collapse, Hezbollah Waits to Be Its Savior 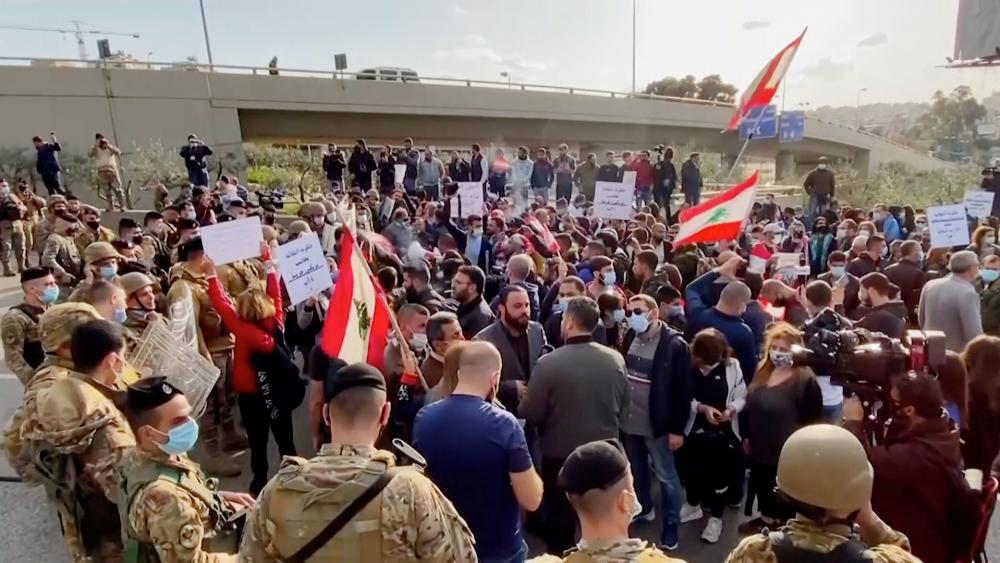 As Lebanon teeters on the brink of economic collapse, Iran’s proxy Hezbollah is poised to take over but not by military force. Providing the goods and services the country needs could make an Iranian dream come true.

Lebanon is still suffering from the impact of the massive explosion that ripped through the Beirut port last August. The death and damage to the Lebanese capital has devastated an already floundering economy and could contribute to a potential takeover by the terror group, Hezbollah.

“Lebanon is in very, very dire straits.  The political arena is dysfunctional, therefore, the State practically is dysfunctional.  There's no budget.  The unemployment is 40, 50, 60 percent.  Nobody really knows,” said Dr. Mordechai Kedar, Researcher of Islam and the Arab World at Bar-Ilan University.

Skyrocketing food prices, crippling fuel shortages and widespread power outages plague Lebanon and according to the World Bank, more than half the population now lives under the poverty line.

“Actually, the whole State sinks [into] a situation in which nothing works.  People are losing hope.  They don’t know where to start fixing the situation” Kedar told CBN News.

Lebanon’s government resigned as a result of the blast and since October, Prime Minister-designate Saad Hariri has failed to form a new government.

In a recent visit to Lebanon, David Hale, U.S. Under Secretary of State for Political Affairs, called on Lebanese politicians to end the bickering.

“Those who continue to obstruct progress on the reform agenda jeopardize their relationship with the United States and our partners and open themselves up to punitive actions. Those who facilitate progress can be assured of our strong support,” Hale said.

Decades ago, Lebanon was an international destination.  Christians and Muslims got along while Beirut became known as the Paris of the Middle East.

Hariri wants a cabinet of experts who can begin lifting Lebanon out of its economic crisis with a dream of past glory. Other groups, including Hezbollah, want another direction which could make things even worse.

“Hezbollah's accumulation of dangerous weapons, smuggling and other illicit and corrupt activities undermine legitimate state institutions. They rob the Lebanese of the ability to build a peaceful and prosperous country and it's Iran that is fueling and financing this challenge to the state and this distortion of Lebanese political life,” Hale said.

According to Kedar, a complicating factor is a growing desire for the army to step in and save the country.  The problem: Hezbollah is stronger than the army and has its people throughout the ranks from top to bottom.

“An organization, which is actually a terror organization, now everybody expects, or many people expect that Hezbollah will take [over] the country in order to feed the people, in order to bring some remedy,” Kedar said.

Kedar says in addition to military power, Hezbollah has become an economic power as well.

“Hezbollah is an economic empire because Hezbollah actually runs almost hundreds of companies in Iraq, in Syria, and they deal with everything with oil, and infrastructure and construction and transportation,” he said.

Ironically, Hezbollah gets the blame for Lebanon’s most recent decline.

But Professor Shaul Chorev, of the Haifa Maritime & Policy Research Center at the University of Haifa, sees a possible ray of hope.

That’s because of ongoing talks between Israel and Lebanon over maritime boundaries. Chorev believes an agreement between the two countries could keep Hezbollah in check.

“When we’ll reach such an agreement it will signal to the international companies, who are dealing with exploration of gas fields and development of gas fields that this area is stable,” Chorev told CBN News.

“It will improve Lebanese condition and it will signal the people in Lebanon that confrontation with Israel is not giving them any edge,” Chorev said.

Kedar, however, doesn’t see much chance of derailing Hezbollah, especially with Israel as part of the solution.

“First of all, you have to get rid of Hezbollah and Hezbollah is a very powerful army.  I mean, you don’t mess with such an army.  Secondly, don’t forget that Israel once tried to install a new order in 1982 and Israel failed.  Today, it is much harder,” Kedar said.

And according to Kedar, Iran couldn’t be happier.

“If Hezbollah takes Lebanon over this is actually the fulfillment of an Iranian dream that their proxy will not only be a military militia, but it will also become a state and this is the biggest success for the mullah regime in Iran,” he said.

And with more than 150,000 Hezbollah rockets aimed at Israel, such a scenario wouldn’t be good for the Jewish State either. 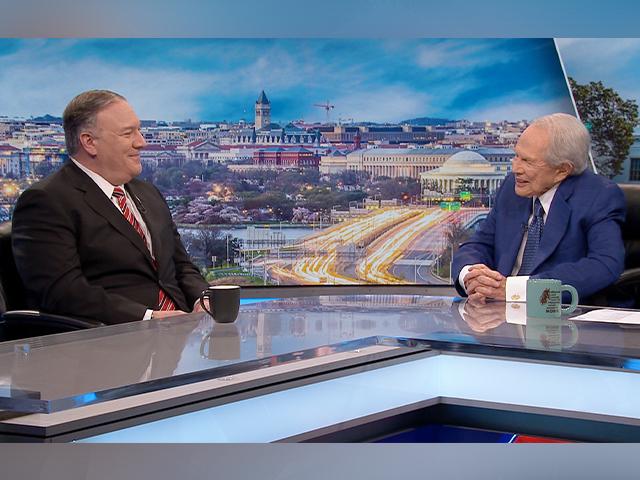 Pompeo on Nuclear Threats and Global Revival: 'All Across the World, God Is Touching Hearts'
CBN News Email Updates