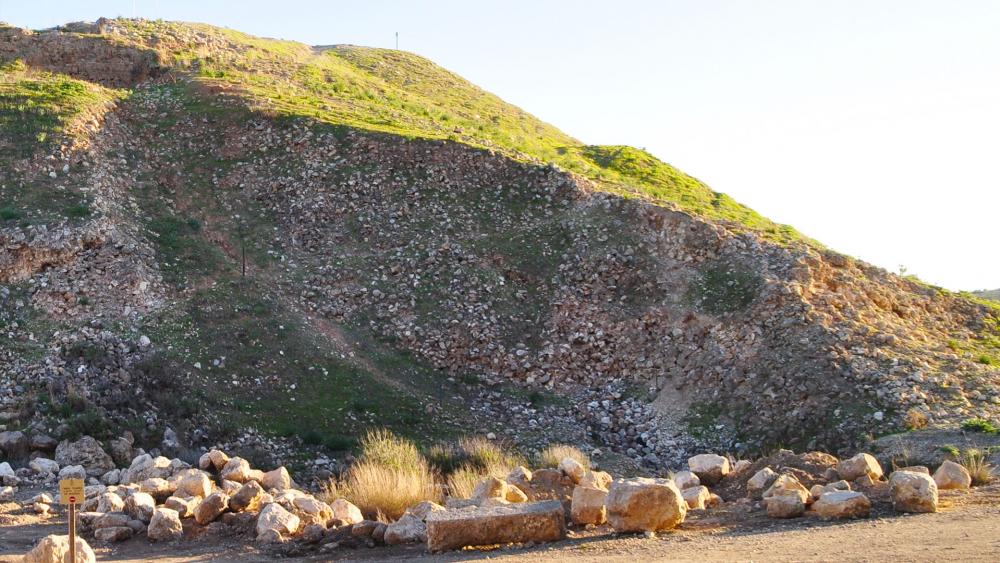 JERUSALEM, Israel – In 701 BC, the Assyrian empire was a superpower that waged a bloody campaign against the Kingdom of Judah, all while openly mocking the God who delivered them out of Egypt.

“After all that Hezekiah had so faithfully done, Sennacherib king of Assyria came and invaded Judah. He laid siege to the fortified cities, thinking to conquer them for himself,” (2 Chronicles 32:1)

The Assyrians controlled land extending from modern-day Iran all the way to Egypt. Instead of using the firepower and warplanes we see in battle today, the Assyrians dominated with siege ramps.

Now, for the first time, a team of archaeologists has reconstructed how the Assyrians may have built a massive siege ramp used to conquer the biblical city of Lachish – the second most important city after Jerusalem during those times. The archaeological remains from the city of Lachish live on today in Southern Israel.

The team of researchers from Hebrew University in Jerusalem and Oakland University used archaeological excavations at Lachish, Assyrian and biblical texts, iconography, and 21st-century drone images to create a detailed digital map of where the ramp stood nearly 3,000 years ago. They published their findings in the Oxford Journal of Archaeology.

Assyrian King Sennacherib personally oversaw Lachish’s destruction and ordered his army to build a ramp that could reach the walls of the Judean city.

The researchers discovered that the ramp was made up of 3 million small boulders weighing about 14 pounds each. Gathering that many stones would take time, so Assyrian soldiers likely quarried them as close as possible to the far end of the ramp – about 260 feet away from the city walls.

“At Lachish there is indeed an exposed cliff of the local bedrock exactly at the point where one would expect it to be,” says Prof. Yosef Garfinkel of Hebrew University.

Sennacherib’s men worked around the clock to build the ramp, passing each stone by hand man-to-man.

“Time was the main concern of the Assyrian army. Hundreds of laborers worked day and night carrying stones, possibly in two shifts of 12 hours each. The manpower was probably supplied by prisoners of war and forced labor of the local population. The laborers were protected by massive shields placed at the northern end of the ramp. These shields were advanced towards the city by a few meters each day,” Garfinkel explains. 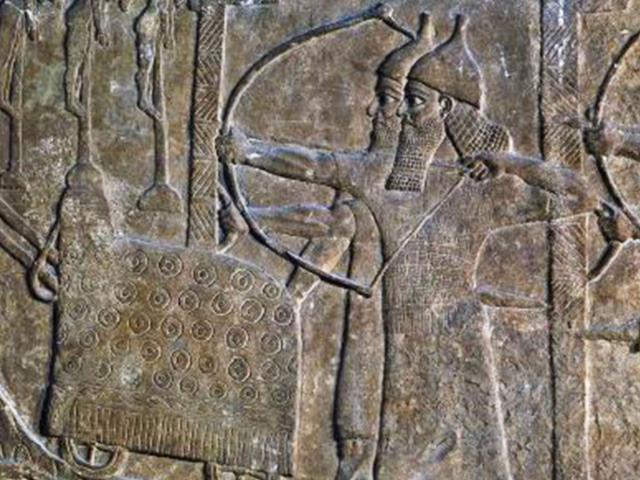 According to the researchers, the men finished the ramp in 25 days.

"This model assumes the Assyrians were very efficient, otherwise, it would have taken months to complete," says Garfinkel.

While the residents of Lachish watched the Assyrian army build the ramp, they would try to defend the city by shooting arrows and throwing down stones.

In the final stage of the ramp, wooden beams were placed on top of the stones and held battering rams weighing up to a ton. The battering rams would pound the city walls by swinging back and forth.

The Bible says that while Sennacherib was laying siege to Lachish, he sent a message to King Hezekiah and the inhabitants of Jerusalem taunting them as his men surrounded the Holy City.

“On what are you basing your confidence, that you remain in Jerusalem under siege? When Hezekiah says, ‘The Lord our God will save us from the hand of the king of Assyria,’ he is misleading you, to let you die of hunger and thirst.” (2 Chronicles 32:10)

The Bible says upon hearing this, King Hezekiah and the Prophet Isaiah cried out to God, “and the Lord sent an angel, who annihilated all the fighting men and the commanders and officers in the camp of the Assyrian king. So, he withdrew to his own land in disgrace (2 Chronicles 32:21)…So, the Lord saved Hezekiah and the people of Jerusalem from the hand of Sennacherib king of Assyria and from the hand of all others (2 Chronicles 32:22).

Garfinkel believes there is more to be discovered about the Assyrian destruction of Lachish. He is planning further excavations at the archeological site in the future.