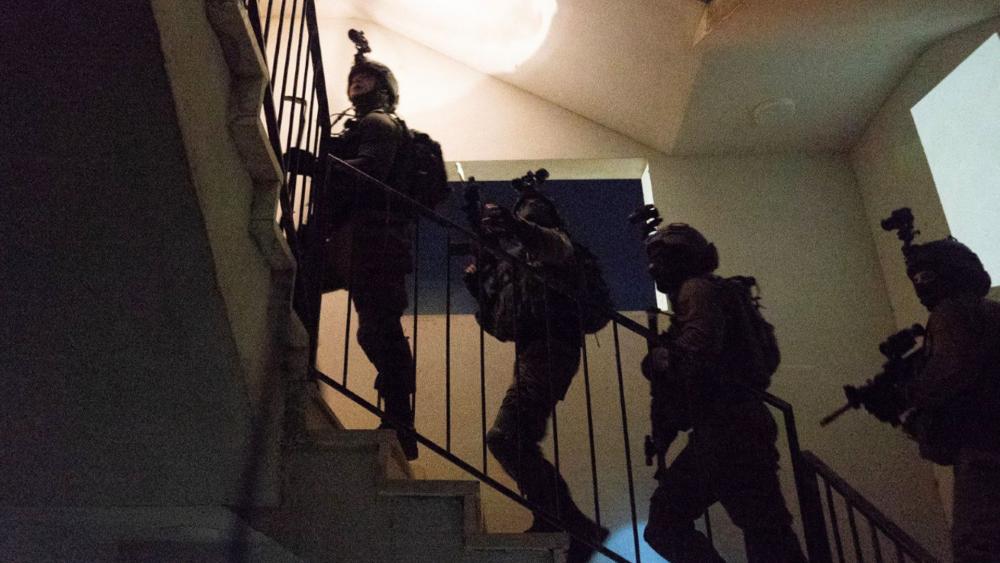 JERUSALEM, Israel – Israeli security forces arrested more than 50 members of a Hamas terror cell in recent weeks who they say were involved in planning attacks on Israelis.

"This is an extensive and significant pre-emptive thwarting of a dangerous terrorist infrastructure, which had planned a series of attacks,” an unnamed senior Shin Bet official said in a statement.

According to the security agency, the terror cell was financed and led by Senior Hamas operatives working abroad.

“Hamas operatives from abroad and Gaza continue their incessant efforts to recruit residents from Judea and Samaria for terrorist activities. These efforts include an ongoing flow of funding for diversified terrorist operations,” a Shin Bet press release said.

IDF publishes head cam footage of troops operating to arrest the Hamas cell that planned bombing attacks in recent months, according to the Shin Bet. pic.twitter.com/GBNBAfEidu

Another video appears to show the military detonating the explosives it seized from the terror cell.

IDF also publishes footage of troops operating in the West Bank in recent months, during the arrest of the Hamas cell's members. pic.twitter.com/2VwZBT2pwp

“The purpose of the intensified terrorist activity of Hamas operatives abroad and in Gaza, through operatives in the Judea and Samaria, is to undermine stability in the area, while exacting a heavy price from local residents,” said the senior Shin Bet official.

According to the agency, the Hamas terror cell was led by Hamas Deputy Chairman Saleh Arouri and Zacharia Najib, a Hamas operative who was released from Israeli prison as part of the 2011 “Shalit deal.” Under the deal, more than 1,000 Palestinian terrorists were released from Israeli custody in exchange for Gilad Shalit, an IDF soldier who was kidnapped by Hamas along the Gaza border in 2006. Both Arouri and Najib live in Turkey, which has a close relationship with Hamas.

Foreign Minister Yair Lapid called on Turkey to shut down Hamas’ operations in the country.

“Hamas’s offices in Istanbul must be closed. We need to prevent these criminal terrorist activities against Israeli citizens in every place and under all circumstances,” he said in a statement.

Lapid also called on the international community to designate all of Hamas, not just its military wing, as a terror entity. The UK announced last week that it would join the United States, Israel and the European Union in labeling the entire Hamas organization a terror group.

Shin Bet announced the large-scale arrest raids after a Hamas member killed one Israeli and injured four others in a shooting attack in Jerusalem’s Old City on Monday. He was shot dead by Israeli police.

The man killed in the attack, 26-year-old Eliyahu Kay, was buried on Monday.

Hamas is dedicated to Israel’s destruction and has fought four wars with Israel since seizing control of the Gaza Strip in 2007.