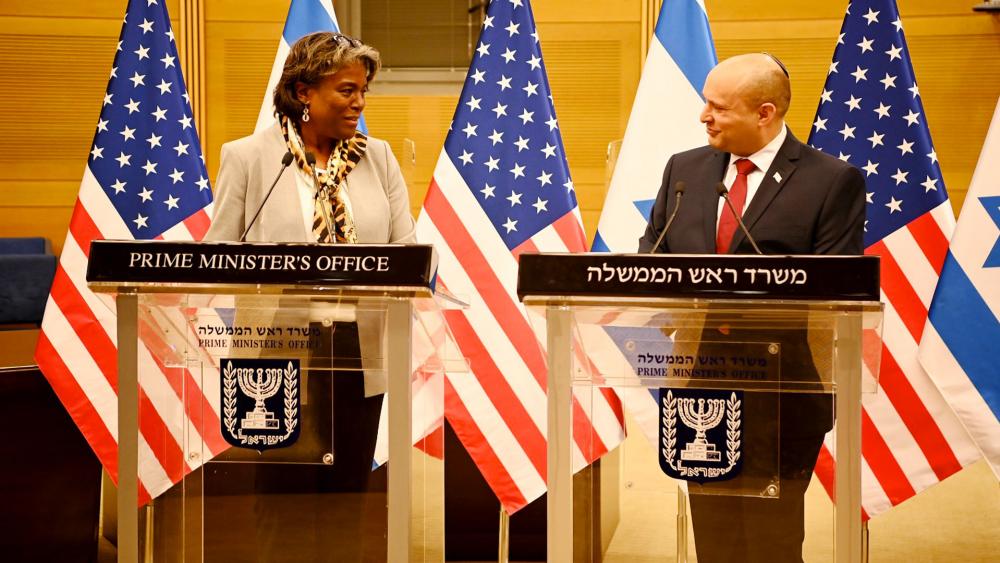 JERUSALEM, Israel – US Ambassador to the United Nations Linda Thomas-Greenfield is in Israel for the first time this week to “strengthen and build again our nations’ 73-year partnership,” she said during public remarks in Jerusalem on Monday.

Thomas-Greenfield met with top leaders, including Israeli Prime Minister Naftali Bennett, President Isaac Herzog, and others to express the Biden administration’s support for the Jewish State.

“President Biden shares Prime Minister Bennett’s commitment to a new spirit of cooperation as we address the full range of regional and global challenges together,” Thomas-Greenfield said at a press conference before meeting privately with Bennett.

The prime minister described Thomas-Greenfield as a “true friend” and thanked her for “representing a voice of decency and reason in an institution that I think we can both objectively say is pretty biased in terms of its treatment of Israel.

“I know that you've always been standing up for us, you and the United States, throughout the years, standing on Israel's side and serving as a voice of truth,” said Bennett.

The ambassador praised the Abraham Accords and Israel’s other normalization agreements for making the “entire region safer and more prosperous” and reiterated the Biden administration’s support for a two-state peace agreement between Israelis and Palestinians.

Thomas-Greenfield said after she met with Bennett that they discussed their joint efforts at the UN to “combat anti-Semitism and anti-Israel bias.” The ambassador has long expressed her support for Israel at the United Nations. In October, she criticized the UN Security Council for disproportionately singling out the Jewish State.

Thomas-Greenfield also visited the Yad Vashem Holocaust memorial in Jerusalem alongside her Israeli counterpart Amb. Gilad Erdan. She said she was “deeply moved” by the experience and Erdan said their two countries “will continue promoting initiatives against antisemitism at the UN.”

I was deeply moved by my first visit to @YadVashem. Thank you to all those involved in creating this institution devoted to Holocaust remembrance and education and to combating Holocaust denial and distortion. pic.twitter.com/hkWnlz2cqm

Thomas-Greenfield is the first member of Biden’s cabinet to visit Israel since the formation of Israel’s new unity government last year. During her visit, she plans to meet with Palestinian leaders in Ramallah and Jordanian officials in Amman.

Thomas-Greenfield’s visit comes at a time with the US and Israel disagree over re-opening the US Consulate in Jerusalem for the Palestinian Authority (PA). The US has pledged to re-open the consulate for the Palestinian Authority while the Bennett government prefers the consulate should be in Ramallah. Israel warns the re-opening would lead to the division of Jerusalem. CBN News reported last week PA Prime Minister Mohammad Shtayyeh said the consulate would be the first step to establishing an embassy for the PA in Jerusalem.