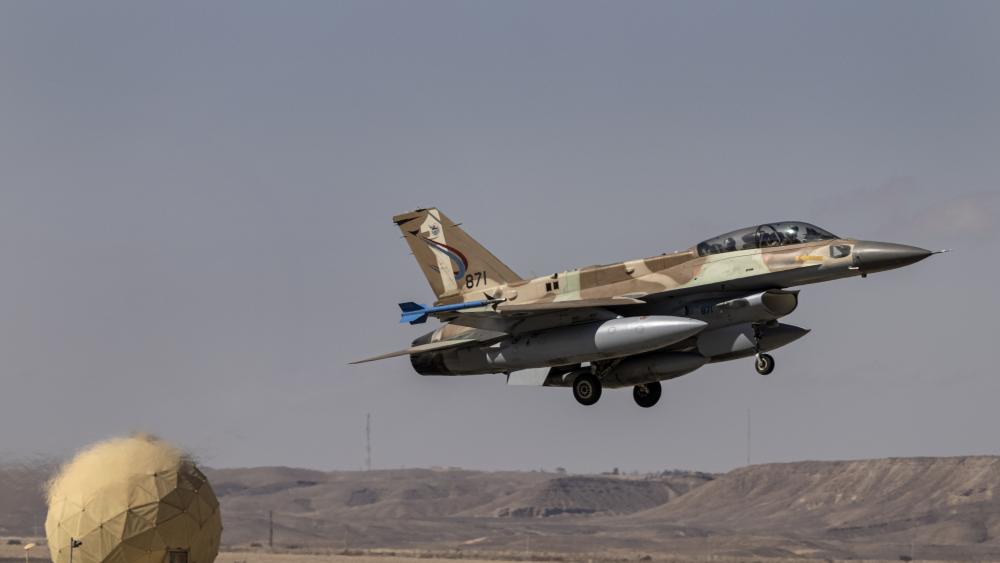 NEGEV, Israel – Controlling the skies is a top priority in war. That often takes help and cooperation among allies, especially when enemies also join forces. Israel knows about that need and organized a multi-national aerial exercise called “Blue Flags 2021” with air forces from seven other nations.

The exercise, taking place at the Ovda Base in the heart of the Negev Desert, is designed to increase cooperation between allies and send a message to their enemies in the Middle East.

It is Israel’s largest, most advanced exercise and brings together the best air forces in the world. This allied force includes the US, Greece, Germany, India, France, Italy, and for the first time, the UK.

Air Force commanders from the US, Italy, the UK, Greece, Cyprus, Norway, the UAE, India, and the Netherlands, as well as ambassadors from France, the UK, Greece, and Germany, came together today to cooperate and learn from each other at the international #BlueFlag2021 exercise. pic.twitter.com/ZHLTQX8sYe

“This is a great opportunity again for Israel to show how we do cooperation and why we do it,” said IDF spokesman Lt. Col. Amnon Shefler. “Seven different countries have come to Israel, to this beautiful land, to train together and see how [we can] do things better.”

The challenge is how to merge different countries, different aircraft and different tactics into one cohesive unit to fight a common enemy.

“I mean they’re such different, their air force is different than ours and it’s so nice to see how things are going in different places and different experiences and different feelings,” one unidentified Israeli pilot said. “We learn a lot from them both from the professional side and from the personal side.”

“It’s a fantastic experience learning different tactics and philosophies of how they like to operate the mission,” said Lt. Pitt Ayut Phonboan, A US fighter pilot in the 48th fighter squadron.

In addition to personnel, a main goal is incorporating aircraft, such as bringing the latest F-35 joint strike fighter alongside older F-15 AND F-16's. Then, as the pilots take off over the Negev Desert, their motto becomes “fight’s on.”

“Fight’s on is just a brevity term used to tell everybody we’re just about to start tactical maneuvering. So, prepare,” explained Capt. Scott Wawrzyniky.

Germany has joined the bi-annual exercise several times. That’s key, given the troubled history between the two countries.

“This is the third time we’ve participated in Blue Flag,” he continued. “And also, last year, we had an Israeli squadron at our base for an exchange. So, for us, coming here now is really a special, special event."

While camaraderie is important, Israeli officials are constantly reminded that they operate in the world’s most dangerous airspace. A senior IDF official tells CBN News, over the past few years, Israeli warplanes have been fired upon more than a thousand times while attempting to stop the spread of Iranian influence on Israel’s borders.

This gathering also saw a historic development with the attendance of a special guest. The visit of the air force commander from the United Arab Emirates represents a quantum leap in military cooperation between former Middle East enemies.

“It’s a very significant visit,” said Maj. Gen. Amir Taver. “The Abraham agreements open a variety, let’s say, of opportunities in the region [for] collaboration and cooperation between countries…It’s a signal, let’s say, of stability and a force demonstration.”

Today, we made history

That sends a clear message of deterrence to Iran and other enemies in the region.

“We believe that the cooperation of different countries both in the region and globally that share the same interests and the same values can really promote the stability of the region. And by showing that we are here cooperating and oriented to that goal, we believe can bring more stability to the region,” said Amnon.