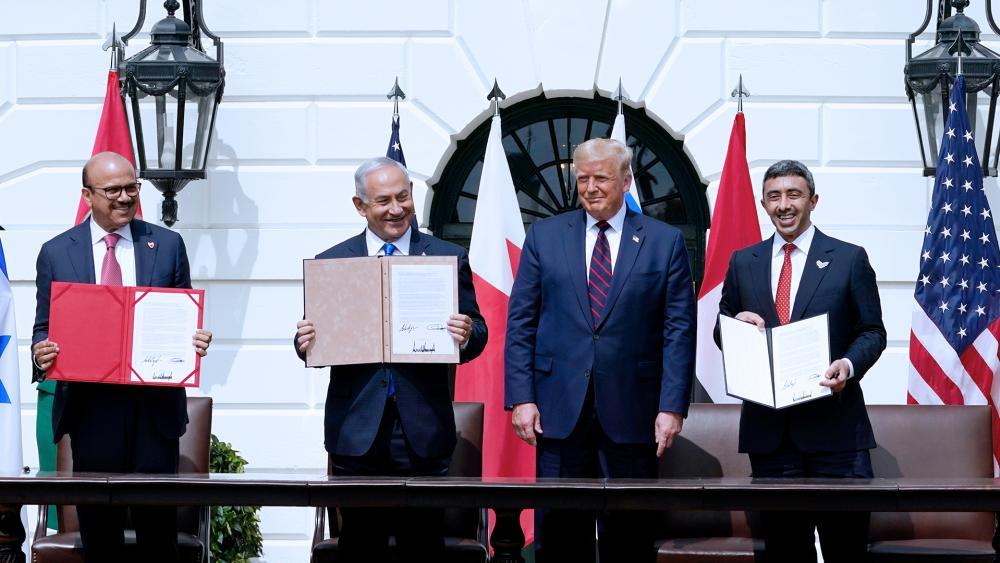 JERUSALEM, Israel – Now that the Abraham Accords has celebrated its one-year anniversary, Israel’s Knesset, or parliament, is moving to ensure the agreements can survive the test of time.

The newly-established Abraham Accords caucus is the next step to solidify the relationship between Israel and its Sunni Arab neighbors.

“This is really a national interest of the country and of the region and I pray to God this is just the beginning,” she said.

Bahrain’s ambassador shared his country’s support for expanding and protecting the accords.

“It can become the mechanism that enables us despite the differences to put our hands together and work towards one goal, a safer, more prosperous and secure Middle East,” said Ambassador Khaled Yousif al-Jalahma.

The event brought together many architects of the accords, like Jared Kushner, who says the peace agreements have started a ripple effect.

One Bahrani attendee shares a unique perspective after working with Israelis.

“It is my first visit but it’s not my first interaction with Israeli people,” Mohamed al-Shaer explained. “I’m a humanitarian so I do a lot of work internationally. I had the pleasure to meet a lot of Israelis around the world who are volunteering with me as well. And to me, they’re great people.”

US representatives pledged support to advance the accords and former Prime Minister Benjamin Netanyahu credited the Trump administration for changing policy towards Israel and Arab leaders.

“Arab governments understood something new. They understood now that the road to Washington passed not through Ramallah but through Jerusalem. Because that was the American policy. They said if you want even better relations with the United States, then make peace with Israel,” said Netanyahu. “So, the change in American policy was critical. I have to say that without it you can bake the cake, but you can’t finish it, you can’t put the topping on it without this crucial change.”

Netanyahu added that while Israeli and these Sunni Arab nations face a common enemy, Iran, he’s optimistic about the future.

“I believe if we continue to move in this direction and if we don’t fall into yesterday’s traps and the failed policies of the past … our grandchildren will look back at this moment and say the peace of Abraham brought the sons of Abraham together and there will be many, many more such peace treaties.”