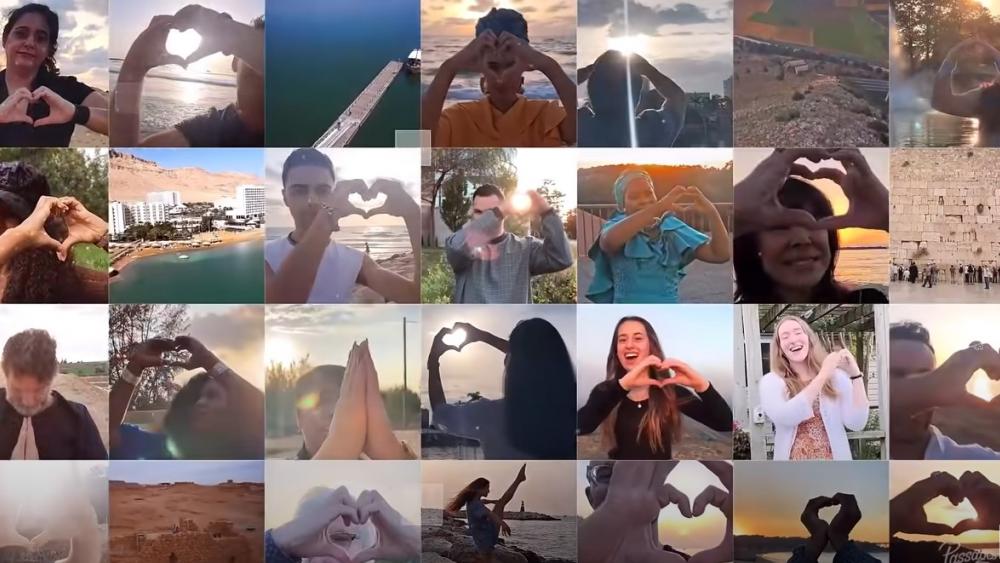 Screenshot of The Blessing Israel by Passages on YouTube.

JERUSALEM, Israel – A biblical blessing given to Moses from God is uniting Israelis and Christians against anti-Semitism.

Music stars from Israel, Africa and the United States partnered together to sing “The Blessing Israel” in Hebrew and English. The song was released by Passages, an organization that brings American-Christian students to Israel, and StandWithUs, a pro-Israel advocacy group.

Their hope is to raise awareness about the growing anti-Semitism around the world.

“It’s beautiful in every way,” said Grammy-winning and Country Music Hall of Famer Ricky Skaggs, who is featured in the song. “Just to see the smiles on the faces of the artists pouring their hearts out in song is so wonderful.”

They are joined by African singers Rahel Getu, T.Y. Bello, and Mynah Rams with background vocals from Passages students.

They believe music is a powerful force against hateful ideologies like anti-Semitism.

“Israel can put out many videos about anti-Semitism, but I believe that music can bring together and unite,” said Israeli singer Dudu Aharon.

Scott Phillips, Executive Director of Passages, believes “music has the power to transcend the boundaries of our cultures and speak to the hearts of each and every person who hears it.”

“Our prayer at Passages is that this project can raise awareness of the threat of Anti-Semitism and strengthen the ties between Christians and Jews, and promote a deeper understanding of both Biblical and modern Israel,” said Phillips.

The song “The Blessing” was originally released in 2020 by Christian worship artists Kari Jobe and Cody Carnes and has since been covered by many different singers and languages. The song is based on Numbers 6:24-26, a blessing said by Jewish priests and parents to their children on the Sabbath: “The Lord bless you and keep you; the Lord make his face shine on you and be gracious to you; the Lord turn his face toward you and give you peace” (Numbers 6:24-26).

This collaboration is the first one done in Hebrew and English.

“The Blessing Israel” project was spearheaded by Daniel Berkove, an Israeli businessman originally from the US.

"In its essence, the video, which for me has been a very personal project, is about unity, celebrating the values we share rather than focusing on what keeps us apart,” Berkove said. “I'm an observant Jew from a family of kohanim who recites the Priestly Blessing daily. Having grown up and attended public school and university in suburban Detroit, I now live in Israel and work across Africa. The themes in the video very much reflect my own experiences and beliefs, and I'm grateful to Passages for supporting this project and enabling me to realize it.”