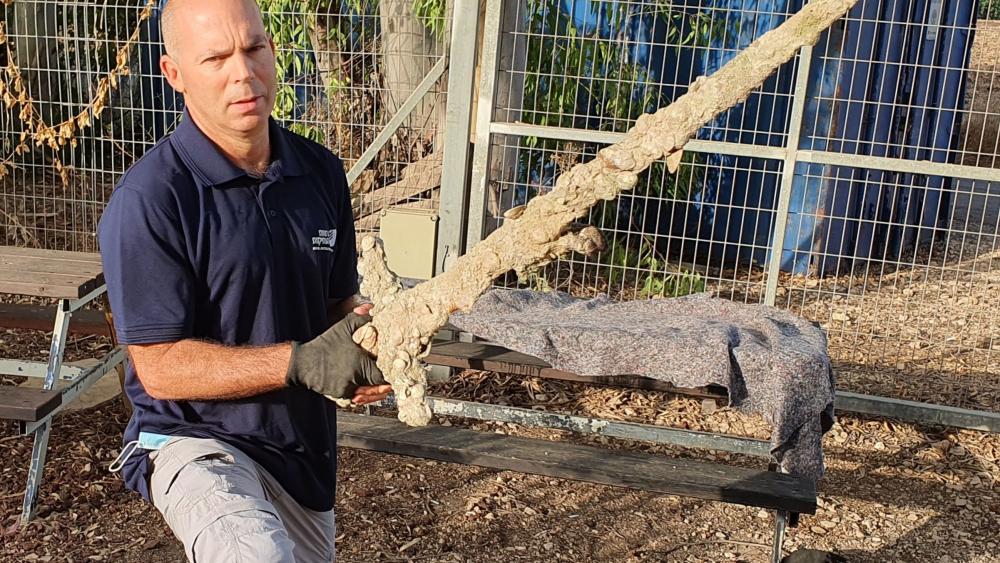 JERUSALEM, Israel – A simple scuba diving trip became a journey into the ancient past for one man when he stumbled upon a 900-year-old Crusader sword while diving off of Israel’s Carmel Coast on Saturday.

Shlomi Katzin saw the sword laying in the sea bed along with ancient stone anchors and pottery fragments.

Fearing the items would be stolen or lost by the waves, he contacted the Israel Antiquities Authority who said the artifacts belonged to the Crusader period.

“The sword, which has been preserved in perfect condition, is a beautiful and rare find and evidently belonged to a Crusader knight,” said Nir Distelfeld, Inspector for the Israel Antiquities Authority’s Robbery Prevention Unit. “It was found encrusted with marine organisms, but is apparently made of iron. It is exciting to encounter such a personal object, taking you 900 years back in time to a different era, with knights, armor and swords.”

The site where the artifacts were found has been monitored by Israeli archaeologists since June.

“The Carmel coast contains many natural coves that provided shelter for ancient ships in a storm, and larger coves around which entire settlements and ancient port cities developed, such as Dor and Atlit,” explained Kobi Sharvit, director of the Israel Antiquities Authority’s Marine Archaeology Unit. “These conditions have attracted merchant ships down the ages, leaving behind rich archaeological finds. The recently recovered sword is just one such find.”

Israeli recreational divers have increasingly reported sightings of archaeological finds in this area. Archaeologists move quickly to recover them before they are swept away by the waves.