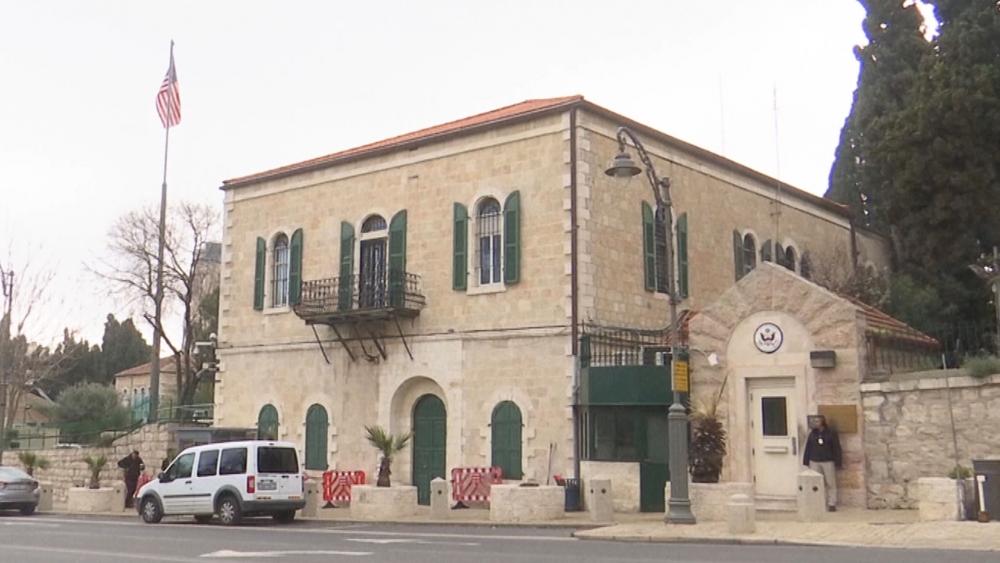 JERUSALEM, Israel - The relationship between the U.S. and Israel is hitting a snag over the Biden administration’s desire to reopen a U.S. consulate for the Palestinians in Jerusalem.

"The United States will be moving forward with the process of re-opening our consulate in Jerusalem," said Secretary of State Antony Blinken. "That’s an important way for our country to engage with and provide support for the Palestinian people.

In 2019, for the first time, the consulate was placed under the authority of the U.S. Embassy in Jerusalem by former U.S. President Donald Trump.

This was seen by the Palestinians as a major downgrading of their ties with the U.S.

Israel opposes the move, seeing it as an affront to its sovereignty in Jerusalem. Some view it as an attempt to re-divide the Holy City and a contradiction of American law.

Professor Eugene Kontorovich says re-opening the consulate would be a big victory for the Palestinians.

"It's a sign to the Palestinians that America recognizes Palestinian claims to Jerusalem," Kontorovich told CBN News. "Instead of recognizing Jerusalem as Israel's capital, we'll be putting a question mark on that."

"The message from this [new US] administration is that Jerusalem isn’t one [united Israeli] city and that the American administration does not recognize the annexation of Arab Jerusalem by the Israeli side,” said Shtayyeh. “We want the American consulate to constitute the seed of a U.S. embassy in the state of Palestine.”

“If they want to provide services for the Palestinians, they can do it in Ramallah, in Jericho, in Nablus, in many other locations. The U.S. decided to move the embassy to Jerusalem. I think we should all respect it,” Danon told CBN News.

Kontorovich says the Biden administration knows it can’t reverse the decision by former President Donald Trump to recognize Jerusalem as Israel’s capital because “it’s too bipartisan and popular.”

“What they're trying to do is just partially reverse it or turn back the clock to how things were before America recognized Jerusalem as Israel’s capital,” he said

In 1995, Congress passed the Jerusalem Embassy Act calling for the city to be recognized as Israel’s undivided capital and to move the US embassy there. It allowed the president, however, to invoke a security waiver to postpone the move. Beginning with Bill Clinton, each president postponed the move until President Trump.

After his administration moved the embassy to Jerusalem, a Palestinian affairs section opened in the embassy, leading to the closing of the consulate.

Senators James Lankford, Bill Hagerty, and other leading Republican senators have introduced a bill to protect 1995 the Jerusalem Embassy Act.

In a statement, Lankford says their bill: “Ensures future administrations uphold the law by keeping our embassy in Jerusalem and preventing other US consular posts from being established in Jerusalem. Biden’s intentions to ignore existing law and reopen a consulate for the Palestinians in Israel’s capital does not bring the region closer to peace; it only undermines our recognition of Jerusalem as the capital of Israel and weakens US leadership in facilitating a long-term solution to this conflict.”

A senior State Department official on Thursday told senators that according to U.S. and international law, the United States needs Israel's consent to reopen the Palestinian consulate.

Kontorovich says Israel can legally stop the move, although the State Department is pressuring it to give in. He adds that while the US calls Israel a friend, he believes its actions indicate otherwise.

“There's no other country where the United States tries to coerce them to have a diplomatic mission, a foreign entity, a hostile foreign entity in their capital,” Kontorovich.