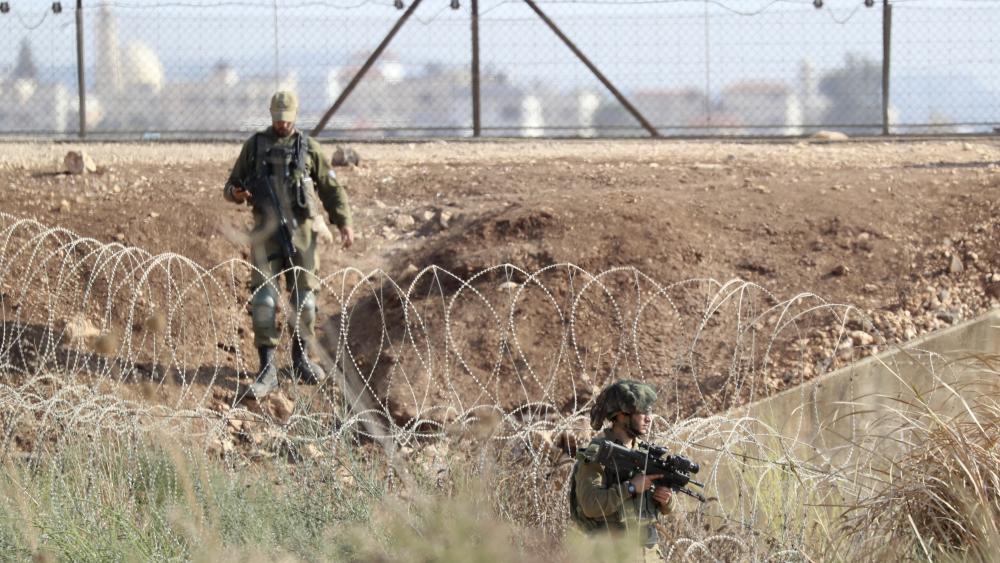 In this Sept. 12, 2021, file photo, Israeli soldiers take positions along the border between the northern West Bank near Jenin and Israel as they search for two Palestinians who broke out of a maximum-security prison. (AP Photo/Ariel Schalit, File)

JERUSALEM, Israel – Israeli security forces have captured the last two of six Palestinian prisoners who escaped from a maximum-security prison two weeks ago, bringing an end to a saga that sparked unrest and exposed flaws in Israel’s security system.

The two fugitives, Munadil Nafayat and Iham Kamamji, surrendered to Israeli forces on Sunday in their hometown of Jenin located in the West Bank – biblical Judea and Samaria.

The military said the men, along with two alleged accomplices, were taken for questioning.

Palestinian media reported that local residents clashed with Israeli forces when they entered Jenin, but an Israeli police spokesman said the fugitives were arrested without resistance.

Israel’s military said riots broke out as forces withdrew from Jenin, with locals throwing rocks and explosives at soldiers.

“As forces were leaving the city, riots broke out in a number of locations, during which rioters threw stones and explosives at the troops and gunmen opened fire in the area," the military said. No casualties were reported.

Israeli Prime Minister Naftali Bennett praised the Israeli security forces who found and captured the six fugitives, but said their escape was a “serious mistake, intelligence, operational and systematic wise.”

The men managed to tunnel out of Israel’s Gilboa prison on Sept. 6, setting off a massive manhunt that turned the fugitives into national heroes among Palestinians. Hundreds of Palestinians held demonstrations, some of them violent, in support of the prisoners.

The Palestinian Authority, the PLO and Fatah, the political arm of PA President Mahmoud Abbas all praised the six escapees as "the six heroic prisoners" and called for a "popular uprising."

Five of them are members of the Palestinian Islamic Jihad terror group and one is a notorious Fatah terror leader. Four were serving life sentences for attacks on Israelis.

Israeli media reported several blunders by prison officials that contributed to the prison break. For example, the prison’s blueprint was available to the public online, one watchtower guard slept through the incident while another watchtower overlooking the prison’s exit was unmanned. Prison officials reportedly missed signs of digging right under their noses, and Israel's security services are investigating whether prison staff helped the men escape.