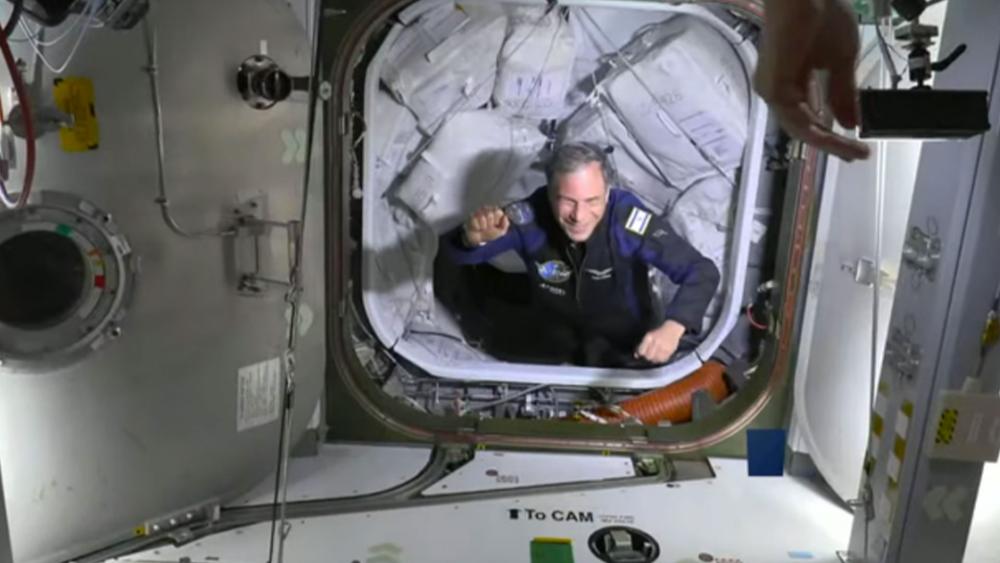 “Welcome to the International Space Station. It’s the first time that it’s possible to speak in Hebrew here,” Stibbe said during a welcome ceremony at the station. “It’s a workgroup that will operate together, we’ll help each other reach our goals. Each of us has come with a full plan of work.”

The four commercial Ax-1 astronauts have floated into the International Space Station.

The mission is called AX-1 and it is the world’s first private charter flight to the ISS. Stibbe, an American and a Canadian paid $55 million apiece for the ride aboard SpaceX’s Falcon 9 rocket. They were accompanied by an astronaut escort.

#Ax1 crew welcomed by the @space_station crews as they leave Dragon and enter into their home for the next 8 days pic.twitter.com/ewgYizC2Kv

The visitors will be allowed access to all parts of the station except Russia’s portion. Each one will be conducting experiments during the 10-day mission.

The private Axiom Space company coordinated the visit with NASA.

“They’re not up there to paste their nose on the window,” said Axiom’s co-founder and president, Michael Suffredini.

Stibbe is the second Israeli to make it to space. The first was Ilan Ramon, who died during a fatal mission aboard the shuttle Columbia in 2003.

Stibbe is honoring Ramon by carrying recovered copies of his space diary to the ISS, along with items from Ramon’s children. Stibbe also brought handmade matzah – traditional unleavened bread – just in time for the Passover holiday.

“To be a part of this unique crew is a proof for me that there’s no dream beyond reach,” he told AP.