US Officials: Iran is 'Weeks' Away from Nuclear Breakout

JERUSALEM, Israel – US officials say Iran is “weeks” away from nuclear breakout, meaning Tehran will soon have enough fissile material for a single nuclear weapon.

Secretary of State Antony Blinken issued the warning on Tuesday during a hearing with the Senate Foreign Relations committee. Blinken defended the 2015 Iranian nuclear agreement and said the Trump administration’s decision to abandon the accord has brought Iran closer to nuclear breakout.

“That agreement was working by all objective accounts,” he said. “In fact, now we have many Israeli colleagues from the security establishment who've come out and said publicly that it was a huge mistake to pull out of the agreement because on its own terms, preventing Iran from acquiring the fissile material necessary for a weapon, it was succeeding.”

Blinken continued, saying,  “We've tested the other proposition, which was pulling out of the agreement, trying to exert more pressure. And we've also seen the result. And the result has been that that nuclear program, which had pushed back the breakout time to a year in terms of being able to produce fissile material for a weapon that's now down to a matter of weeks."

Negotiators in Vienna have spent months trying to restore the Iranian nuclear deal, which was designed to stop Iran from obtaining a nuclear bomb. However, talks have reached a stalemate. The accord, signed between Germany, China, Britain, France, Iran, Russia and the United States, placed restrictions on Iran’s nuclear program in exchange for sanctions relief.

The deal collapsed in 2018 when former President Donald Trump unilaterally withdrew from it, arguing that it was weak and poorly negotiated. Shortly after, Iran also abandoned the deal and is consistently violating the accord's limits on nuclear activity, like stockpiling highly-enriched uranium.

US officials say Iran is close to nuclear breakout, but that does not mean it is on the verge of obtaining a nuclear bomb. Tehran may soon have enough material for a weapon, but developing the capabilities to build a bomb and attach it to a warhead will likely take more time.

Reviving the 2015 deal is a key priority for the Biden administration, which argues that any threat Iran currently poses is exponentially more serious if it obtains a nuclear weapon. Washington and Jerusalem both agree that Iran should never have a nuclear weapon, but are divided over the best strategy to achieve this aim.

Israel has long opposed the original accord, arguing that it doesn’t contain enough safeguards to prevent Iran from obtaining a nuclear weapon.

The White House says President Biden and Israeli Prime Minister Naftali Bennett discussed Iran in a phone call on Sunday. Bennett reiterated his position that Israel will defend itself against a nuclear Iran whether the 2015 accord is restored or not.

Israeli media reported on Tuesday that the chances Washington will actually manage to revive the nuclear deal are low.

“The possibility that the parties will sign an agreement in the foreseeable future is dwindling at an exponential rate,” an Israeli official told Israel Hayom.

Israel’s Kan public broadcaster cited an Israeli source who said the White House “is much more willing these days, than it was in the past” to admit the talks have failed.

Axios reported that the Biden administration has already started discussing scenarios where the nuclear deal fails. Israel is pushing the White House to collaborate on a “Plan B.” 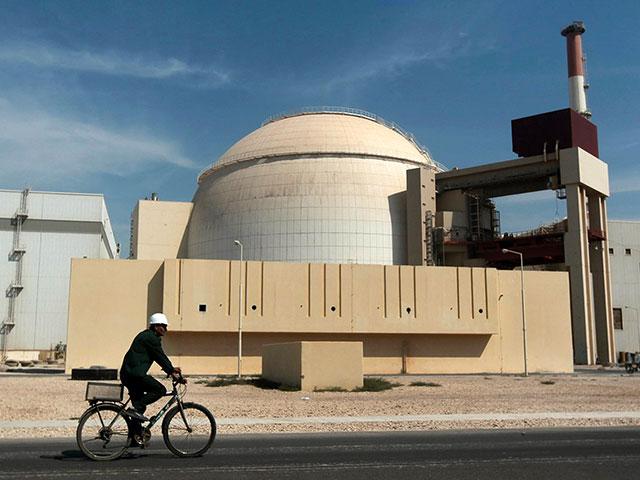 US: Iran Must Address Concerns if it Wants to Negotiate Lifting of Sanctions
CBN News Email Updates