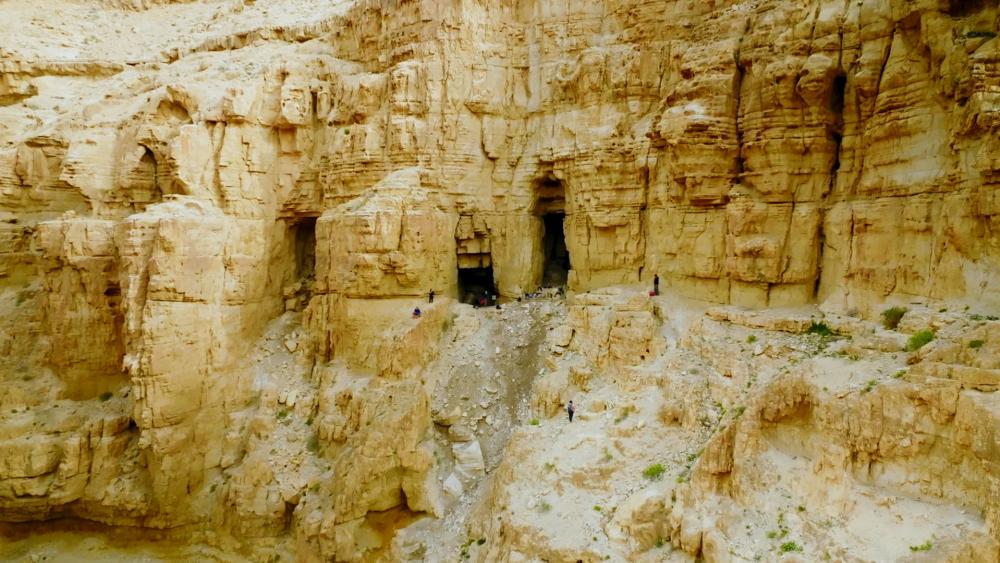 The Jewish Maccabean revolt against the Greek Seleucid Kingdom more than two thousand years ago is one of the most stirring events in Jewish history. The revolt and the miracle of the provision of oil in the Temple led to the Jewish celebration of Hanukkah, which is the festival celebrating the uprising against the Greek Seleucid kings and the restoration of the Jewish Temple.

Last May, archaeologists discovered a wooden box containing 15 silver coins dating back 2,200 years to the time of the Hellenistic ruler Antiochus IV, who desecrated the Temple and persecuted the Jews. 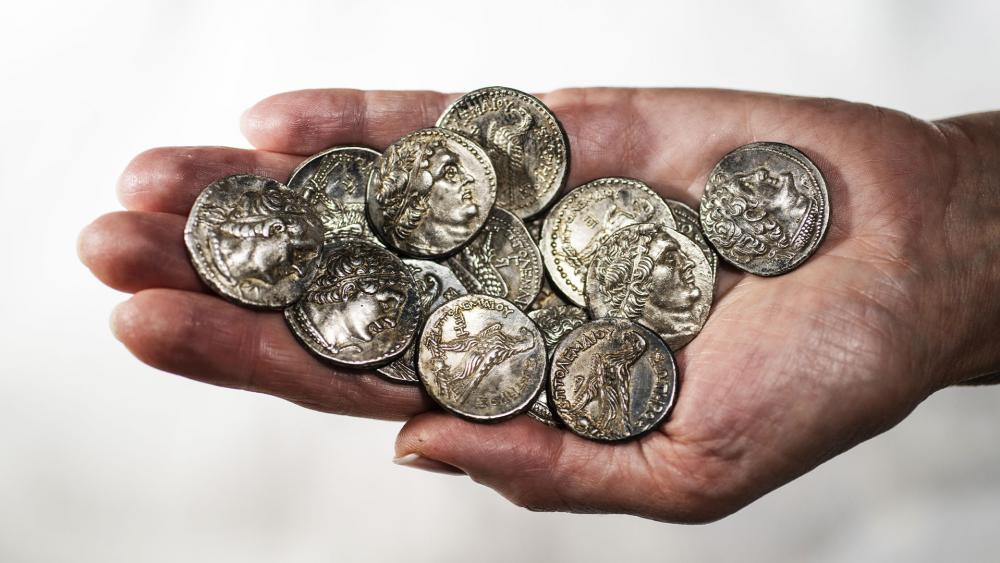 The box was found during an excavation in the Judean Desert at the Muraba’at Cave in Israel’s Darageh Stream Nature Reserve, which overlooks the Dead Sea. It was found in a crack in the cave.

A statement by the Israel Antiquities Authority reads, “A refugee probably hid the wooden box in the cave, intending to return to collect his money after the revolt.” Authorities suspect the owner of the coins was killed in battle and never returned for his coin hoard. 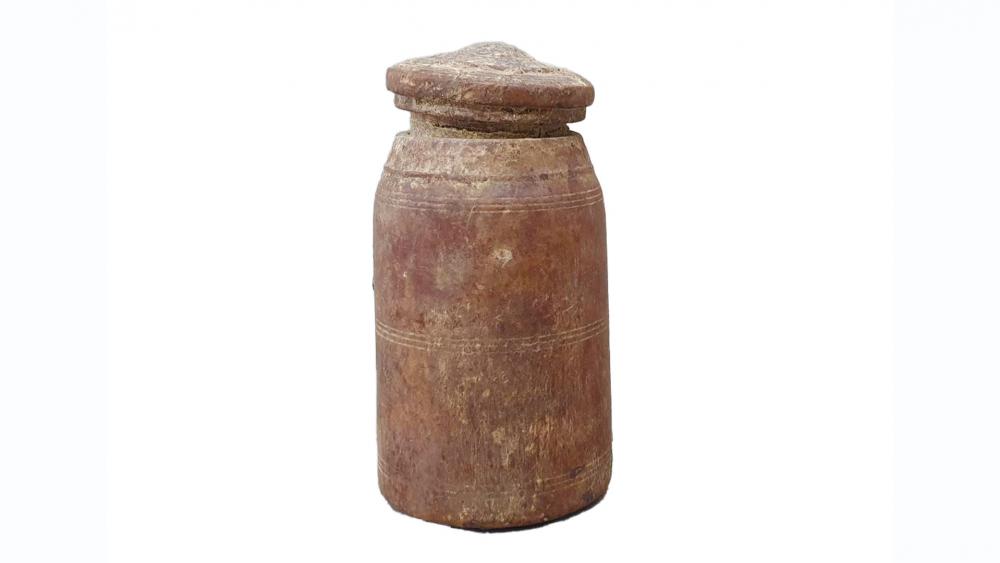 The coins were minted by Ptolemy VI, nephew of Antiochus IV Epiphanes (known as “the Wicked”), who ruled over Egypt at the same time Antiochus reigned over Judea as part of the Seleucid kingdom. The latest coin in the collection is dated 170 BCE, which marked the beginning of the Maccabean Revolt against Antiochus.

Dr. Eitan Klein, an expert who studied the coins, said, “This is an absolutely unique find, present in the first year of archaeological evidence that the Judean Desert caves played an active role as the stage of the activities of the Jewish rebels or the fugitives in the early Maccabean Revolt, or the events that led up to them.”

Dr. Klein believes that according to events described in the Books of the Maccabees, Jews at that time would have been compelled to hide their possessions in the Judean Desert, hoping for the danger to pass. They also might have fled due to decrees leveled against the Jews in 167 BC.

According to the account in First Book of the Maccabees “Then many who were seeking righteousness and justice went down to the wilderness to dwell there: they, their sons, their wives and their cattle, because evils pressed heavily upon them. And it was reported to the king’s officers, and to the troops in Jerusalem in the City of David, that men who had rejected the king’s command had gone down to the hiding places in the wilderness. Many pursued them and overtook them; they encamped opposite them and prepared for battle against them on the sabbath day…and they died, with their wives and children and cattle, about a thousand persons.” (I Maccabees 2:29-37)

Israel’s Minister of Construction and Housing Zeev Elkin said, “This moving find, coming just before the festival of Hanukkah, is symbolic, emphasizing once again the importance of our activity in the field of heritage.”

Christians also have a connection to the Hanukkah celebration because the Book of John records that Jesus celebrated Hanukkah or the Feast of Dedication. John 10:22-23 (TLV) says, “Then came Hanukkah; it was winter in Jerusalem. Yeshua (Jesus) was walking in the Temple around Solomon’s Colonnade.”

The newly discovered coins will be on display in Israel at the Hasmonean Museum in the city of Modi’in during Heritage Week which coincides with the Hanukkah holiday. Elkin encouraged Israelis to view the collection. “I invited all of Israel to visit and enjoy the national heritage,” he said.