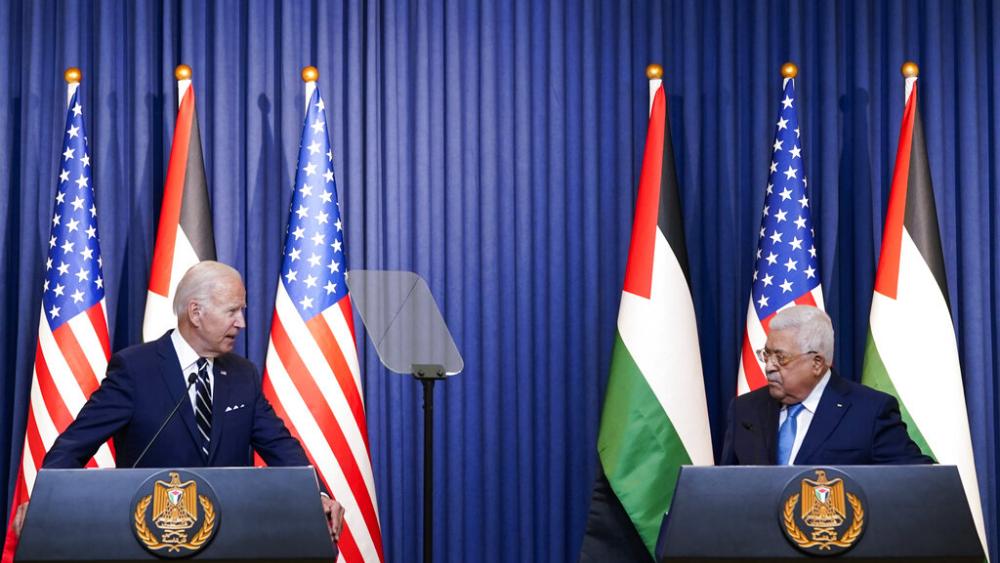 JERUSALEM, Israel – On Friday, President Joe Biden began the third day of his Mideast trip with an unprecedented visit.

For the first time, a U.S. president visited East Jerusalem, sending a signal to Israel that part of the city could be the future capital of a Palestinian state. There, while visiting Augusta Victoria hospital, Biden pledged $100 million for Palestinian healthcare in East Jerusalem.

Next, Biden headed to Bethlehem to meet with Palestinian President Mahmoud Abbas and advocated for a two-state solution to the Israeli-Palestinian conflict. However, he made no promises for renewed peace talks between Israelis and Palestinians, saying the ground is “not ripe” for negotiations.

After Israel comes perhaps the most challenging part of his Mideast trip. The president is going to Saudi Arabia, a country he once called a “pariah” due to its human rights record and connections to the murder of journalist Jamal Khashoggi.

“My position on Khashoggi has been so clear. If anyone doesn’t understand it in Saudi Arabia or anywhere else, then they haven’t been around for a while,” Biden said during a press conference in Jerusalem on Thursday.

Biden, though, has made a point of wanting more positive relations with the country even as he admits the U.S. left a vacuum in the region.

“When the United States distances itself from other countries and other friends that should be stronger friends and stronger allies, they go elsewhere,” Areyh Lightstone, aide to former U.S. Ambassador to Israel David Friedman. “And when they go elsewhere, there aren’t other good friendly countries that are waiting with open arms. Saudi Arabia has an enormous amount of resources. They are an attractive prize on the world stage. So, whether it’s China or Russia or others, that’s where they are going to run to. So, it behooves us to hug them closely and enhance the relationship with them, even if we have challenges in the relationship. To distance them is only going to our enemies and our foes.”

On Thursday, the Israeli government approved a deal that may pave the way for relations between Saudi Arabia and Israel while Saudi Arabia also granted flyover rights to Israel. When Biden lands in Saudi Arabia, he will find a different Middle East, says Jon Medved, founder of OurCrowd, Israel’s largest venture capital platform.

“I think the really good news in this part of the world has been is the Abraham Accords, which is so smartly named. Because what it has resulted in is this incredible release of energy between the children of Abraham who today share this region, and who are now increasingly working together rather than being in conflict,” Medved told CBN News.

Medved wrote about this new Middle East on his blog on LinkedIn and says the “sand curtain” in the Middle East is coming down.

“This sand curtain, which separated us from our neighbors, sort of dissipates … when this comes down and starts to come down, it’s not coming back up,” said Medved.