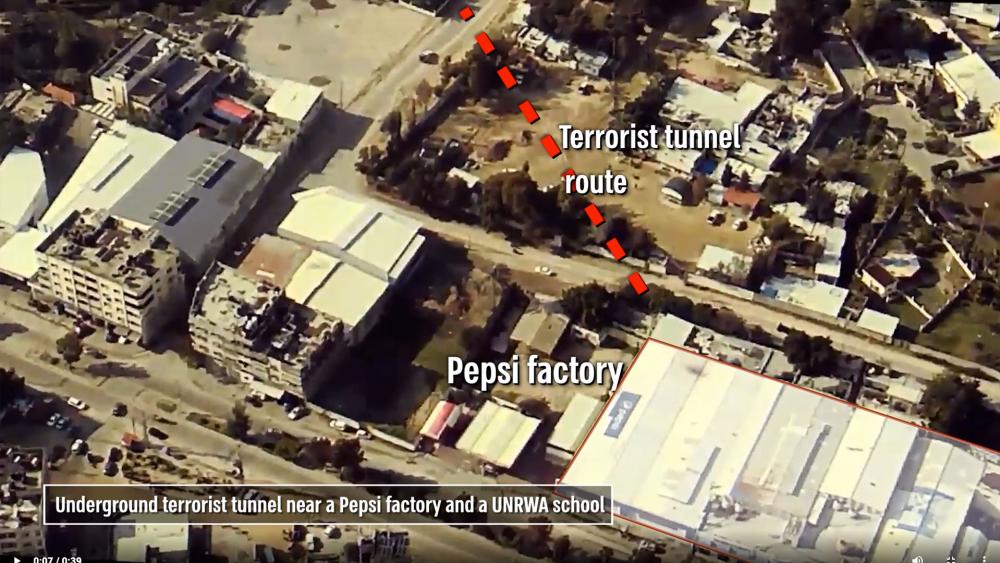 JERUSALEM, Israel –  Israel’s military says the Palestinian terror group Hamas is rebuilding its military infrastructure that was damaged during last year’s war near schools, mosques, and other civilian areas of the Gaza Strip.

An Israel Defense Forces (IDF) spokesperson told foreign press during a briefing on Wednesday that Hamas has embedded new tunnels, arms depots, and weapons factories inside Gaza’s civilian population, including next to a Pepsi factory, a United Nations-funded school, and Gaza City’s Shifa hospital.

Israeli military officials told reporters these areas would be targeted and destroyed during a potential conflict with the terror group.

Israel has come under heavy international backlash for strikes on civilian areas in the Gaza Strip when fighting Hamas. During the May 2021 war, at least 260 Palestinians, including scores of women and children, were killed, according to Gaza officials. The Hamas terror group, which fired rockets indiscriminately at Israeli civilian populations, has admitted that 80 of its members are included in the death toll, but Israel claims the number is higher. Fourteen people, including children, died in Israel.

Israel says it tries to prevent civilian casualties by warning Gaza residents where the IDF is going to strike to give them time to evacuate and accuses Hamas of using civilians as human shields. Rights groups claim Israel hasn’t done enough to prevent civilian deaths and have also criticized Hamas for aiming rockets at Israeli civilians.

An Israeli military official said while there is no imminent threat of another war with Hamas, the IDF wanted to use Wednesday’s briefing with foreign press to pre-emptively justify strikes on civilian centers in Gaza in case a conflict erupts.

“Hamas hides its military sites in civilian neighborhoods and our actions today are to allow us the freedom to operate, in case of conflict,” the official said as reported by Ynet news.

“The IDF has revealed examples that show how Hamas endangers Palestinian civilians. Hamas launches attacks from within population centers towards population centers. The whole world must see this crime against humanity. Israel will operate with precision and force against terror targets, and defend the citizens of the State of Israel,” said Gantz.