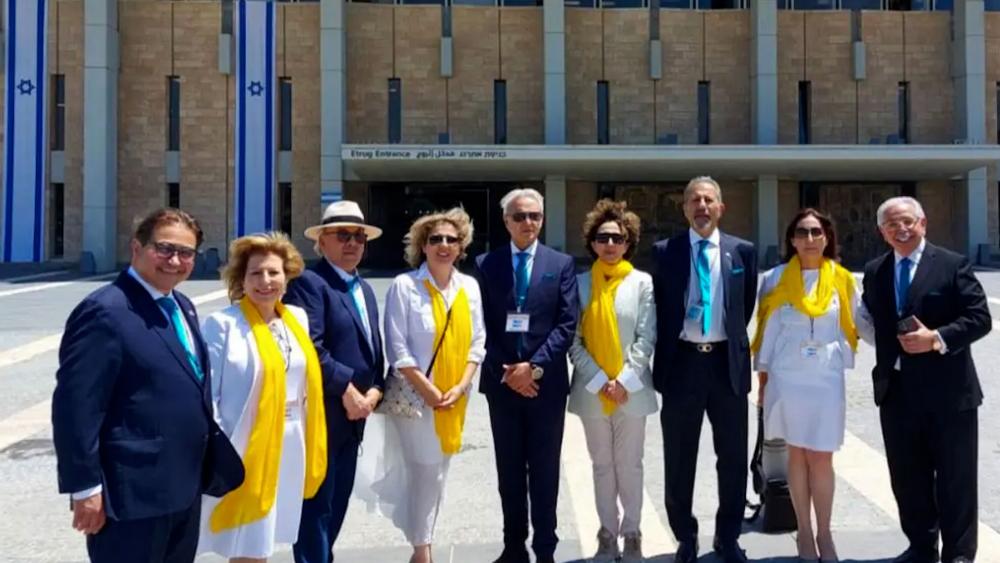 For more than three weeks, hundreds of thousands of Iranians have taken to the streets to protest against the Iranian regime. Some hope this could lead to a change of leadership in the Islamic Republic of Iran.

In more than forty cities throughout Iran, citizens are calling for regime change with cries like “death to the dictator” and “our enemy is not America.”

Thousands also blamed the government after a building collapsed in Tehran killing dozens.  It’s become a symbol of the failure of the regime.  And as it has in the past, the government has sent out its security forces to brutally suppress the protests.

“We want to, just, get the voices to the international communities because of the brutality and the dictatorship inside the Islamic Republic of Iran,” Dr. Amir Hamidi told CBN News.

Hamidi came to Israel as part of the Shoshanna Mission to Israel – a goodwill delegation from Iranian organizations outside of Iran. They met with Israeli officials and Iranian ex-pats and came to tell the world what is happening to the Iranian people.

“Lots of people uprising because of the mismanagement of the economy. And people are unemployed. People are not working. The food is so expensive. They cannot afford to even eat and that they cannot manage the country. And brutality is unbelievable. Human rights are violated. Lots of political prisoners. People get executed for no reason,” Hamadi said.

“The slogans say it all. These slogans want to do away with the regime, with the Islamic Republic. They say our enemy is not the United States. Our enemy is here in Iran,” said Nazenin Ansari, Managing Editor of Kayhan Life News.

“What they say is we don't want neither Gaza nor Lebanon. Our life is for Iran. So, it is about themselves and their hopes and aspirations,” Ansari told CBN News.

These protests in 2022 follow demonstrations all the way back to the Green Revolution in 2009 calling for regime change.  The question is, could these protests succeed when others have not?

“Absolutely. No doubt about that because you cannot force the people to live in [the] past 43 years and they cannot have any freedom of speech, freedom of work, freedom of clothing. It doesn't exist. And they are especially arresting the dual citizens who travels to visit their families. And, basically, it is a mafia-type organization,” said Hamidi.

Many say the Biden administration’s response to the protests has been weak by continuing to negotiate with Iran about its nuclear program. This delegation came with a warning about the nuclear negotiations.

“You cannot negotiate with the terrorists.  This is the policy that we do have and stay away from negotiation because negotiation is not going to solve any problem because last the agreement, they didn't obey that agreement. They continued building their ballistic missiles and nuclear [capabilities]. And I don't think it will be beneficial to the people of Iran, people of the region, and the people of globe,” Hamidi said.

These Iranians applaud the Abraham Accords and hope to see what they call the Cyrus Accords.  Those accords would be named after the ancient Persian King Cyrus who blessed the Jewish people and allowed them to rebuild Jerusalem.

“The Cyrus Accords embody the aspirations and the hopes of what Iranians want. And it is historical because of Cyrus – human rights. It is something that, basically, at this time that you've got the Abraham Accords, the face of the Middle East is changing and Iran has to be part of the new Middle East and its new future,” Ansari said.