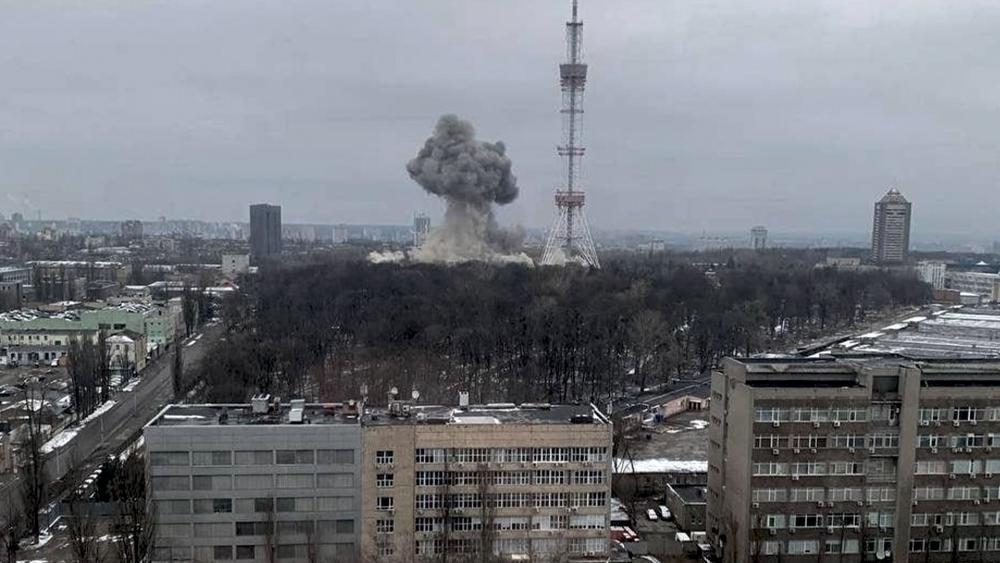 JERUSALEM, Israel – Israeli and Jewish leaders are condemning a Russian strike on Ukraine’s capital that damaged an important memorial site marking the massacre of tens of thousands of Jews at the hands of the Nazis during the Holocaust.

"To the world: what is the point of saying ‘never again’ for 80 years, if the world stays silent when a bomb drops on the same site of Babyn Yar? At least 5 killed. History repeating …” Zelensky tweeted.

The Babyn Yar memorial sits on a mass grave containing nearly 34,000 Jews who were murdered in 48 hours during the Nazi occupation of Kyiv in 1941.

Russians are destroying the Kyiv TV Tower.
They are trying to cut us off from communications. pic.twitter.com/ppi264K5Jf

“[Russian President Vladimir] Putin seeking to distort and manipulate the Holocaust to justify an illegal invasion of a sovereign democratic country is utterly abhorrent. It is symbolic that he starts attacking Kyiv by bombing the site of the Babyn Yar, the biggest of Nazi massacres,” Natan Sharansky, the chairman of the Babyn Yar Holocaust Memorial Center said in a statement.

Sharansky was referring to comments Putin made before invading Ukraine saying he seeks to “denazify” the country.

“We, at the Babyn Yar Holocaust Memorial Center, built on Europe’s largest mass grave of the Holocaust, work to preserve historical memory following decades of Soviet suppression of historical truth, so that the evils of the past can never be repeated. We must not allow the truth to — once again — become the victim of war,” Sharansky said, without giving details about the extent of the site’s damage.

This is the part of Kyiv where I had spent my childhood. In this area is a monument to the victims of Holocaust “Babyn Yar”. Russians are ruining now this monument by their rockets. pic.twitter.com/RD4XDKfDfJ

“We call on the international community to take concerted measures to safeguard civilian lives as well as these historical sites because of their irreplaceable value for research, education and commemoration of the Holocaust. Rather than being subjected to blatant violence, sacred sites like Babi Yar must be protected,” the Museum said.

The US Holocaust museum said it was “outraged” by the damage to the site of "one of the largest mass shootings during the Holocaust.”