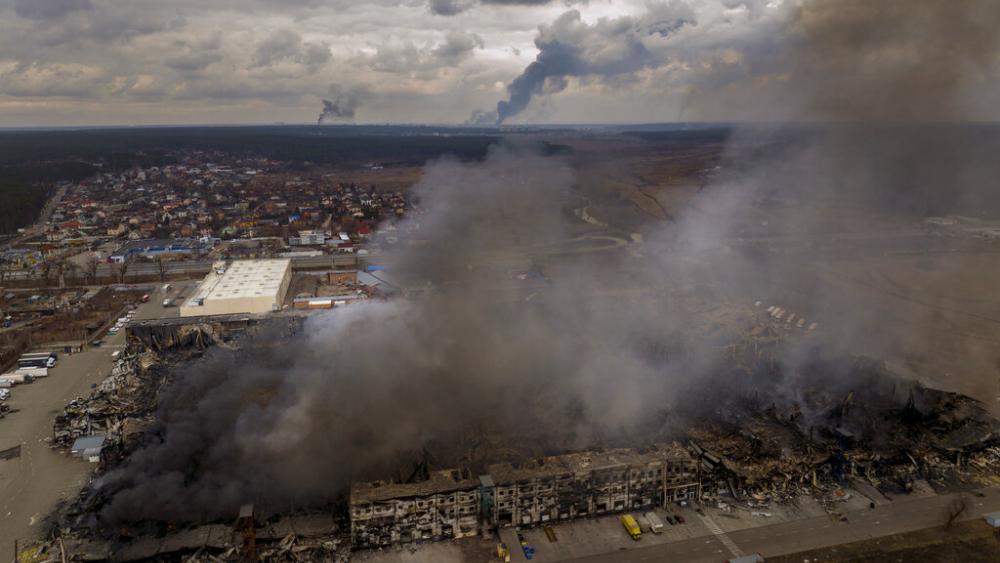 A factory and a store burn after having been bombarded in Irpin, in the outskirts of Kyiv, Ukraine, Sunday, March 6, 2022. (AP Photo/Emilio Morenatti)

JERUSALEM, Israel – Russia is recruiting fighters in Syria for urban warfare in Ukraine as Moscow deepens its offensive against its smaller neighbor, The Wall Street Journal reports.

Citing four unnamed American officials, the paper says Moscow hopes the Syrian fighters will help Russian forces overtake Ukraine’s capital of Kyiv. The sources did not elaborate on how many Syrians have been recruited so far or when they could be deployed.

Russia has been operating inside Syria since 2015 and is backing the government of Syrian dictator Bashar al Assad in the country’s ongoing civil war.

A news publication located in the eastern Syrian city of Deir Ezzor reports that Russia has offered Syrian volunteers $200 to $300 “to go to Ukraine and operate as guards” for six months.

Analysts are concerned that the introduction of Syrian fighters to the war in Ukraine is a sign that Putin is expanding the conflict.

“The Russia deployment of foreign fighters from Syria into Ukraine internationalizes the Ukraine war, and therefore could link the war in Ukraine to broader cross regional dynamics, particularly in the Middle East,” Jennifer Cafarella, national security fellow at the Institute for the Study of War, told the WSJ.

The Ukraine war is already commanding the attention of leaders in the Middle East, specifically in Israel.

On Saturday, Israeli Prime Minister Naftali Bennett made a surprise visit to Moscow to help mediate discussions between Ukraine and Russia. Israel is one of the few nations in the world to have good ties with both countries, and has identified itself as a resource in ongoing diplomatic efforts to end the conflict.

“I went there to assist in the dialogue between all parties, of course with the blessing and encouragement of all parties,” Bennett told his cabinet on Sunday after returning from Moscow.

The prime minister gave few details about his meeting with Russian President Vladimir Putin but says it is Israel’s “moral duty” to aid in diplomacy even if the chances of progress are small. Bennett has also been in regular contact with Ukrainian President Volodymyr Zelensky, who is also Jewish.

While Israel has been restrained with its criticism of Moscow, the Jewish state has condemned Russia’s invasion and sent aid to Ukraine.

The war in Ukraine has forced Israel to walk a diplomatic tight rope, teetering between protecting his national security interests and heeding international calls to get tougher on Moscow.

Israel regularly collaborates with Russia on military operations against Iranian-backed militias in Syria and sees this relationship as important to its national security. However, the growing humanitarian crisis in Ukraine is putting more pressure on Israel to intervene. 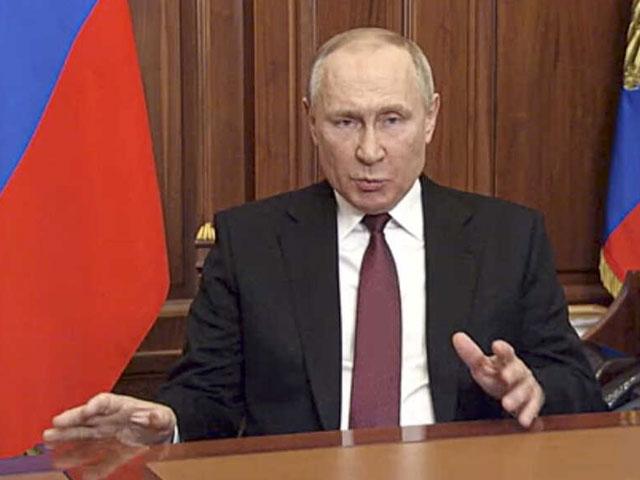 What Does Vladimir Putin Believe About God? Why Some Say He Thinks He's a 'Messianic Figure'
CBN News Email Updates