'You Can See the Pain in Their Eyes': Hundreds of Ukrainian Jews Land Safely in Israel 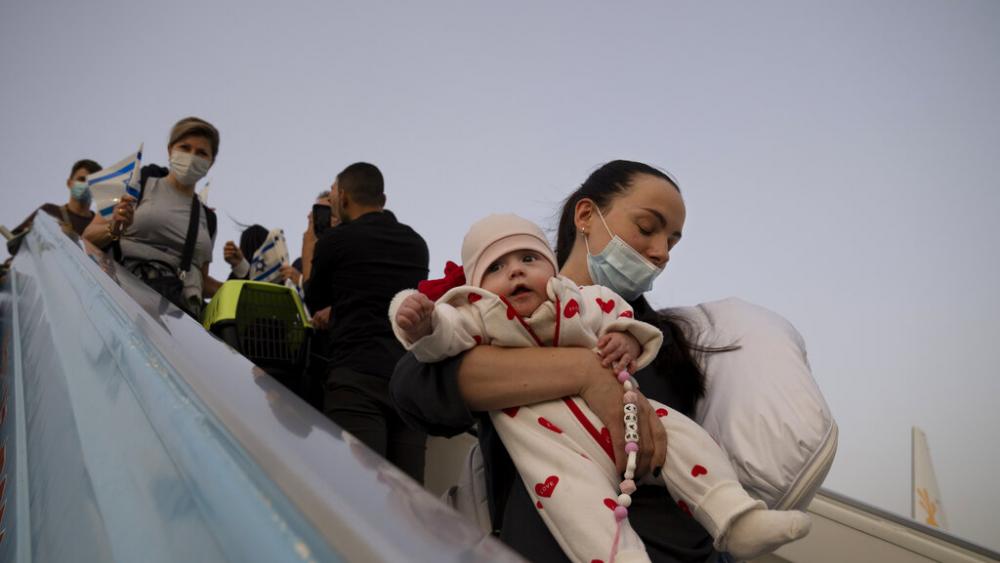 A Ukranian woman carries her baby as they disembark from an airplane on arrival to Israel at Ben Gurion Airport, Sunday, March 6, 2022.(AP Photo/Maya Alleruzzo)
6300372884001
'You Can See the Pain in Their Eyes': Hundreds of Ukrainian Jews Land Safely in Israel

TEL AVIV, Israel – Ukrainian Jews fleeing the Russian war on their country have begun to arrive in Israel. On Sunday some 300 Jews, or those eligible to immigrate under the Law of Return, arrived safely in Tel Aviv.

Israeli Prime Minister Naftali Bennett and his wife were at the airport to welcome around 100 Ukrainian Jewish orphans that arrived on the first of three flights on Sunday, bringing new immigrants from Ukraine.

The children aged two to 18 were airlifted in what’s been dubbed "Operation Israeli Guarantee." It means Israel is guaranteeing its help to Jews fleeing the fighting in Ukraine.

One flight arrived from Warsaw, Poland, carrying more than 100 new immigrants. This is the first round of flights expected to bring thousands of new immigrants from Ukraine in the coming weeks and months.

"The efforts are ongoing in order to bring as many people as possible to save lives and to first get them out of harm's way, and then to take care of everything that needs to happen after that," says Sam Grundwerg, World Chairman of Keren Hayesod. "This is the finest hour of Israel and the Jewish people."

Grundwerg says no stone is being left unturned to bring Jewish people here from Ukraine.

"As somebody who also made aliyah myself, it's unbelievable to see the, what it means to be part of the Jewish nation after thousands of years, to see the solidarity, to see the unity. And it's at the darkest moments when we shine brightest. And that's really what we're seeing today," says Grundwerg.

The arrival of new immigrants – something the biblical prophets foretold – is usually a festive celebration. But with the war raging in Ukraine the homecoming was bittersweet.

Oxana misses her husband who was left behind.

"My husband is in Ukraine. We are okay but," a tearful Oxana said. "Thank you very much that I and my daughter can be here.... and we will wait for good news," she says.

CBN News spoke to three women who arrived with their children but without their husbands. Men between the ages of 18 to 60 are not allowed to leave Ukraine because they are being called on to join the army.

"We have moved from Kyiv a week ago…but now there are a lot of like, bombing. My husband is returning there to help people," says Tanya. "I’m happy that you support us, but I worry about my husband."

"We left Kyiv on the first day after the bombs exploded near our house in a few kilometers, and then we decided to leave Kyiv. But my husband, he (returned) to, to keep, to defend it in spite of the fact that he is Jewish," she says.

Olga from Kyiv, who has relatives in Israel, says the Ukrainian people won’t give up.

"It's dangerous. It is scared, but people, they are not afraid and they're ready to struggle to the end, to the victory, not to agree to Putin, his demands, but to do our victory and to get the Russians from our country," says Olga.

Yael Eckstein, president of the International Fellowship of Christians and Jews, says the people are arriving with almost nothing.

"You can see the pain in their eyes. I saw so many people landing, coming down those stairs with tears in their eyes crying. And I've seen that look before, but usually, it's tears of happiness that they're so happy to get home. These are tears of confusion of pain, of unknown," says Eckstein.

Eckstein says she’s encouraged by the help of Christians at this time.

"It's our Christian friends saying, 'Take the Jews out and bring them home and taking practical steps to make that happen is something that inspires me," she says.

For now, there is a lot of uncertainty. Israel has mounted massive rescue operations in the past. And this could prove to be another time when Israel shines as a light to the nations. 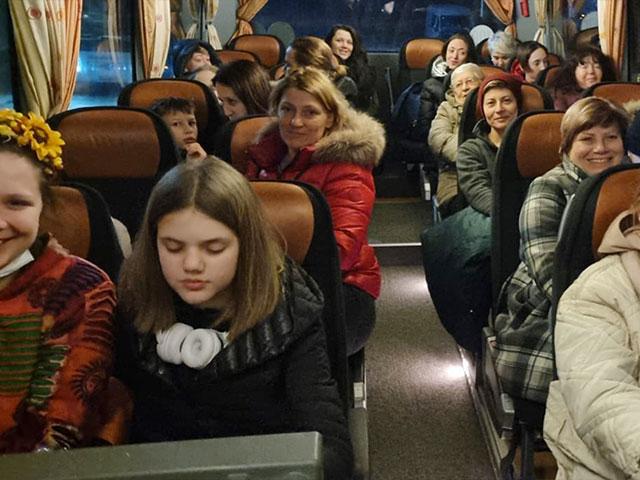