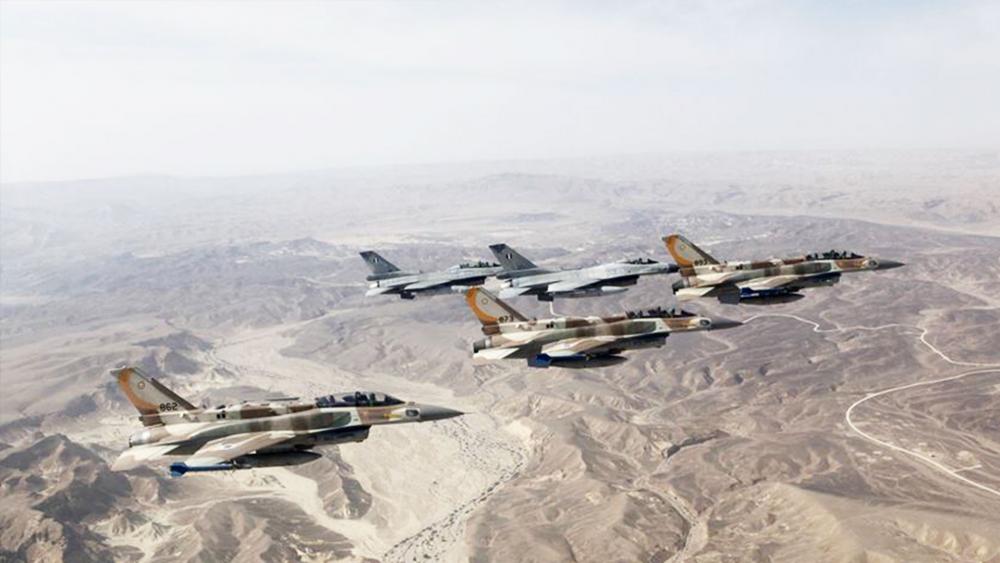 JERUSALEM, Israel – Israel is ramping up air defenses along its northern border. The Jewish state is expecting retaliation from Iran after the Islamic regime accused Israel of assassinating a top member of its Revolutionary Guard.

Israel's military is just finishing a week-long military exercise that included dealing with threats from Iran, including a large-scale drill simulating a potential attack on Iranian nuclear facilities. The air exercises over the Mediterranean Sea during the fourth week of Israel’s “Chariots of Fire” drill also simulate a regional conflict involving many fronts, including the Iranian-backed terror group, Hezbollah, on Israel’s northern border.

In addition to practicing repeated strikes inside Iran, Israeli forces were expected to simulate a scenario where Iran and its proxies in the Middle East retaliate.

U.S. Air Force refueling planes were also reported to participate in the training exercises, according to Israel’s Channel 13. The collaboration between the U.S. and Israel in such a drill is unprecedented and is seen as sending a message to Iran.

“I think what’s historic is that the Biden administration is having America’s military participate specifically on refueling Israeli jets, which is something very important,” Middle East expert Ellie Cohanim told CBN News.

“We must act decisively against Iran’s mounting regional aggression in a variety of ways - this includes strengthening a practical coalition under US leadership together with regional partners,” said Gantz.

Before departing for Washington, Gantz told a policy conference in central Israel that Iran is advancing quickly toward its nuclear goals.

"Iran continues to accumulate irreversible knowledge and experience in the development, research, production, and operation of advanced centrifuges. It stands just a few weeks away from accumulating fissile material that will be sufficient for a first bomb, holds 60 kilos of enriched material at 60%, it produces metallic uranium at the enrichment level of 20%, and prevents the IAEA from accessing its facilities,” said Gantz.

The massive drill aims to develop a credible military option against Iran should negotiations in Vienna to restore the 2015 Iranian nuclear deal fail. The deal, which puts strict limits on Iran’s nuclear program in exchange for sanctions relief, collapsed in 2018 when the Trump administration pulled out of it. Trump left the deal because he said it was “poorly negotiated” and still “allowed Iran to continue enriching uranium,” a key component for a nuclear bomb.

The Biden administration argues that Trump’s decision to unilaterally abandon the agreement accelerated Iran’s nuclear development because Tehran was no longer obligated to honor any of the commitments it made in the accord.

Talks to restore the Iranian nuclear deal stalled out for several months, particularly over Tehran’s demand that its Islamic Revolutionary Guard Corps (ICRG) be removed from a US terror blacklist.

The Biden administration has refused Iran’s demands unless Tehran agrees to make concessions on issues beyond its nuclear program, including its regional activity.

The Biden administration, its European allies, and Israel have expressed concern that Iran is using the pause in negotiations to expand its nuclear program.

Cohanim says after nearly 16 months of nuclear negotiations, it’s time to consider military action against what she called the “Axis of Evil,” which includes China and Russia.

“It’s really time for the Biden administration to put this option back on the table and show this axis, the United States will go to the military option if necessary. It’s signaling to this axis that the United States is very strong, we’re still here. We’re not going anywhere and we’re going to defend our own National Security interests as well as our allies in the region,” said Cohanim.