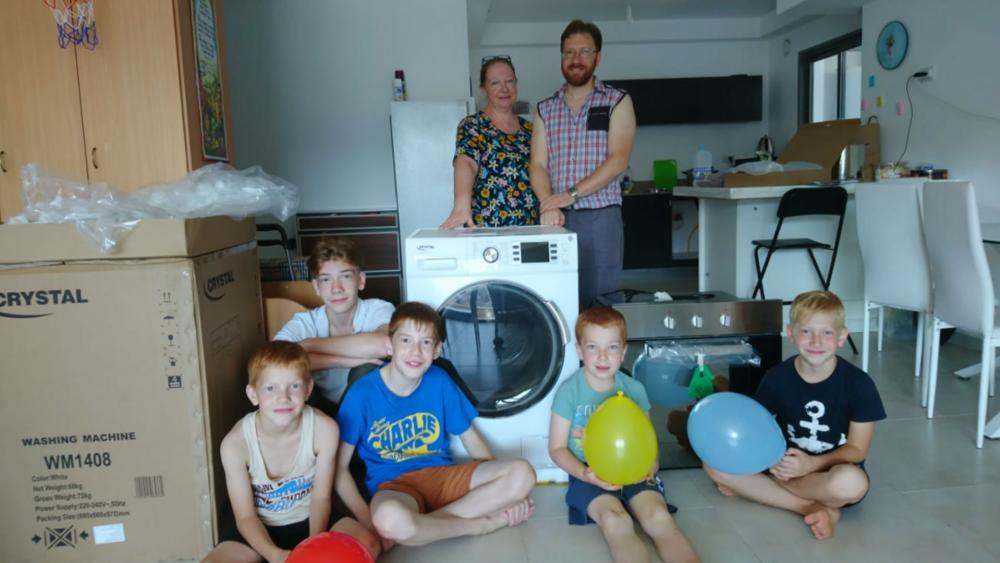 CARMEL, Israel – When the war in Ukraine began seven months ago, thousands of Jews fled to safety in Israel. On Thursday, CBN Israel organized a special event for them near Haifa during the Jewish holidays.

It brought together people supported by CBN Israel on a monthly basis, including a number of Ukrainian Jews who escaped the war. The program included songs, dance and a message to let them know they are not alone. The celebration came several months after some of the families left their homes, towns and livelihoods due to the war. Many of them left everything behind, and the places they used to call home are destroyed.

Anna Nahayeva lived near Bucha, the epicenter of some of the war’s worst atrocities.

“I saw the destruction with my own eyes,” Nahayeva explained. “I saw the craters and (pavement) and the houses broken down, and the cars that had been burnt.” She added, “We know of a family that was shot dead. The whole family was shot dead, five minutes away from where my parents lived.”

Earlier this year, CBN partnered with the Jewish Agency to bring some of the Jews who fled the war to Israel. Now, CBN Israel is maintaining this relationship.

CBN Israel’s Dima Schneidmann organized the assistance. “We are talking about helping with home appliances like fridges, washer machines, I mean that you need from the first day in your new rental apartment,” Schneidmann explained.

“For most of them,” he added, “it’s (the) first experience in their life. Most of them are saying, it’s a miracle, exactly this word. So, for part of them, it’s the first miracle in their lives.”

Dina Malelyeva, one of the Ukrainian refugees, confirmed that sentiment. “I just haven’t seen it elsewhere, but these are the people of God that are helping others and I’ve never seen it anywhere else,” she said.

As the war with Russia rages on and the likelihood of returning to their homes diminishes, many of the refugees are grateful to CBN Israel and CBN partners for helping them adjust to a new life in Israel.

Anna is here with her husband Oliva and their 10-month-old girl Valery. “We cry out to God for help and we don’t really expect Him to lower his arms to help us,” Anna said. “But we do see your arms helping us. So, you are doing God’s work and we’re thankful to receive that help.”

Ina Nahaev used to watch The 700 Club in Ukraine, and now has found help through CBN partners.

“We had no such programs before and when we got the opportunity to see believers from all over the world, it was very important to us. Thank you so much for this support because we came here in Israel with just one bag, and because of CBN we got everything we need actually to start for our new lives,” she said.