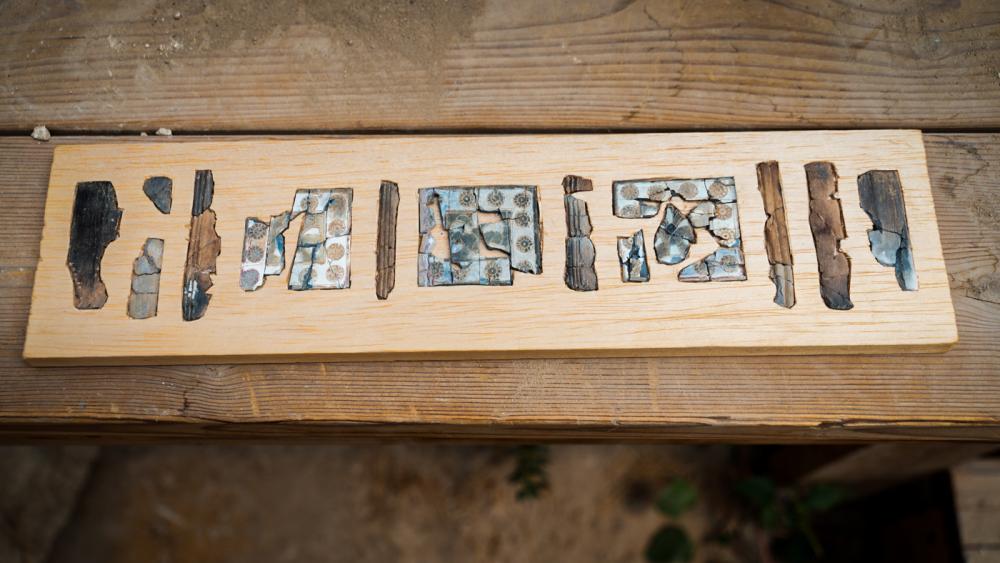 JERUSALEM, Israel – For the first time, Israeli archaeologists have uncovered rare pieces of ivory from the First Temple period that provide more clues about life in that ancient Bible time.

The decorative pieces help experts continue to put together the historic puzzle of Jerusalem from more than 2500 years ago.

“We found the complete Corpus of small ivory plate inlays that used to decorate large wooden furniture, for example, beds or doors or something like that,” Israel Antiquities Authority Archaeologist Dr. Yiftah Shalev tells CBN News, adding that it was the first time such items were found in Jerusalem or Judea.

“We know of such items from other large capitals from the Iron Age, from the First Temple period,” says Shalev.

The discovery of some 1,500 tiny pieces happened at the sprawling City of David dig site in the ruins of a large palatial building that would have been in use as far back as 800 BC.

“It means that Jerusalem was an important city, that the elite of Jerusalem were people of high rank –  important enough to communicate with their peers…the elite of Syria and other places in the empire,” says Shalev, who is the core director of the Givati “parking lot” excavation that’s part of the City of David.

Shalev believes the items were most likely made outside of Israel.

“It's a very delicate art. You need to remember that ivory is most, probably one of the most prestige and most expensive items in the world, more expensive than gold. And only [a] few people knew how to work with it,” he explains.

Shalev says it’s not clear how the ivory pieces arrived in Jerusalem.

“They might come as part of trade. Or, even more likely, came as [a] gift between peer quality interaction. Maybe one of the elite families in Assyria gave [a] business gift for the local elite, or something like that,” he says.

Shalev says the structure where the tiny fragments were discovered is historic in its own right.

“We're digging one of the largest structures from the First Temple period ever to be found in Jerusalem. It had two stories. We found the house destroyed. It was burned in [a] huge fire. Most probably during the destruction of Jerusalem by the [Babylonians] in 586 BC,” he says.

Archaeologists also found seals and 15 broken jars that contained wine spiced with vanilla. Given these discoveries, Shalev says, it’s clear the residents were part of elite Jerusalem and well connected to the royal family.