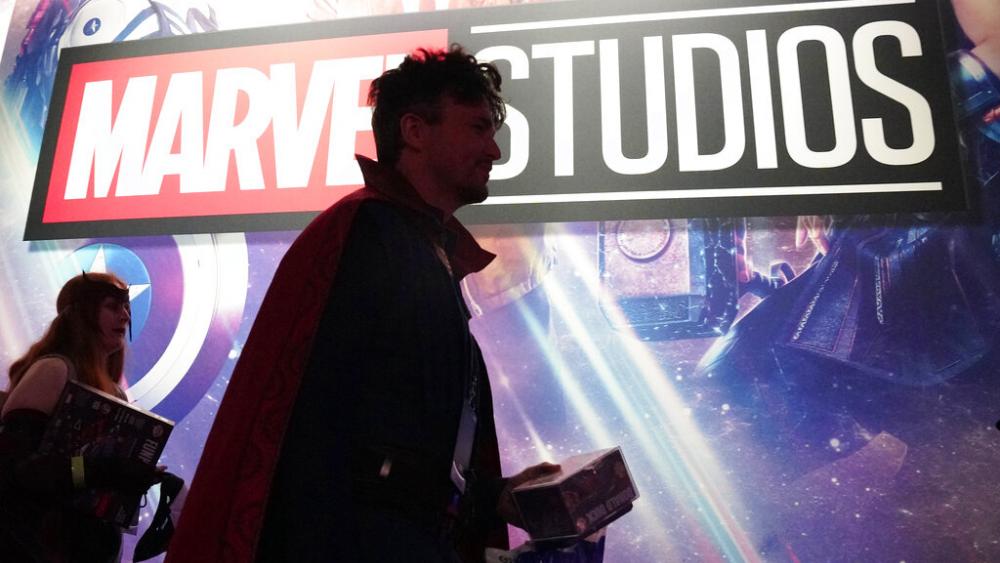 Much to the chagrin of detractors on the left, Marvel recently announced plans to bring an Israeli superhero to its cinematic universe, owned by The Walt Disney Company.

Sabra will be in CAPTAIN AMERICA: NEW WORLD ORDER.

We will be living in a world with a live action Sabra in the movies.

I never saw that coming. pic.twitter.com/4iLEBb06wT

In the comic book, Sabra is an agent of Mossad, Israel’s national intelligence agency.

Those who oppose Israel were quick to condemn Disney for bringing the Israeli superhero into the MCU.

“Can’t wait to see Sabra bomb a Palestinian hospital and say, ‘Welp. That just happened,'” tweeted one critic, while another added: “Israel’s Marvel superhero Sabra has many powers, including demolishing Palestinian homes with her mind and assassinating Palestinian children with her laser beam eyes.”

“Marvel announcing Sabra as a new character when she’s a Mossad and [Israel] propaganda character just one week before the 40th commemoration of the Sabra and Shatila massacre is just … sickening,” a detractor wrote.

Israeli actress, Shira Haas, will play an Israeli superheroine Sabra in the upcoming Marvel Cinematic Universe (MCU) film which is set to be released on May 2024.

What do you think her superpowers are? Massacring Palestinians or destroying their homes leaving them homeless? pic.twitter.com/ogcUVOrhky

Yet another critic suggested the new movie’s subtitle — “New World Order” — is a nod to conspiracy theories about Israel and Jewish people in America.

“[Ho]w coincidental Sabra will appear in the movie literally subtitled ‘New World Order,'” wrote the critic. “Seems the ones controlling entertainment are no longer being subtle about the Wizard behind the curtain.”

The name “Sabra” is derived from the Hebrew word for the prickly pear, a cactus plant often used by Israelis to describe the stereotypical Jewish persona: a tough exterior with a sweet disposition.

The Marvel superhero once addressed her namesake in a comic:

Now would be a good time to share again this amusing strip from a #Marvel in which the Jewish-Israeli superhero #Sabra meets the prejudiced and sexist Arabian Knight. Iron Man tries to make peace... pic.twitter.com/6dSQrBACdn

This is hardly the first time a Jewish celebrity has faced scorn due to anti-Israel sentiment.

In 2020, “Wonder Woman” star Gal Gadot, who is Israeli, was met with a deluge of antisemitic attacks after she was cast as the lead character in a potential remake of the 1963 film “Cleopatra.”

Detractors rebuked Paramount Pictures — which has dragged its feet on the film now reportedly under consideration by Universal Studios — for casting an Israeli actor for a role they argued should have gone to a black or Arab woman. It should be noted, however, Cleopatra’s ethnic background was neither black nor Arab but likely Grecian.

Gadot, who served a mandatory two years in the Israel Defense Forces from 2005 to 2007, faced leftist scorn again in 2021 when she posted a heartfelt message calling for an end to the violence between Israel and Palestinians in the Gaza Strip.

“Israel deserves to live as a free and safe nation,” she wrote at the time. “Our neighbors deserve the same. I pray for the victims and their families. I pray for this unimaginable hostility to end. I pray for our leaders to find the solution so we could live side by side in peace.”

Many on the left condemned Gadot for posting what they characterized as “propaganda” for Israel.