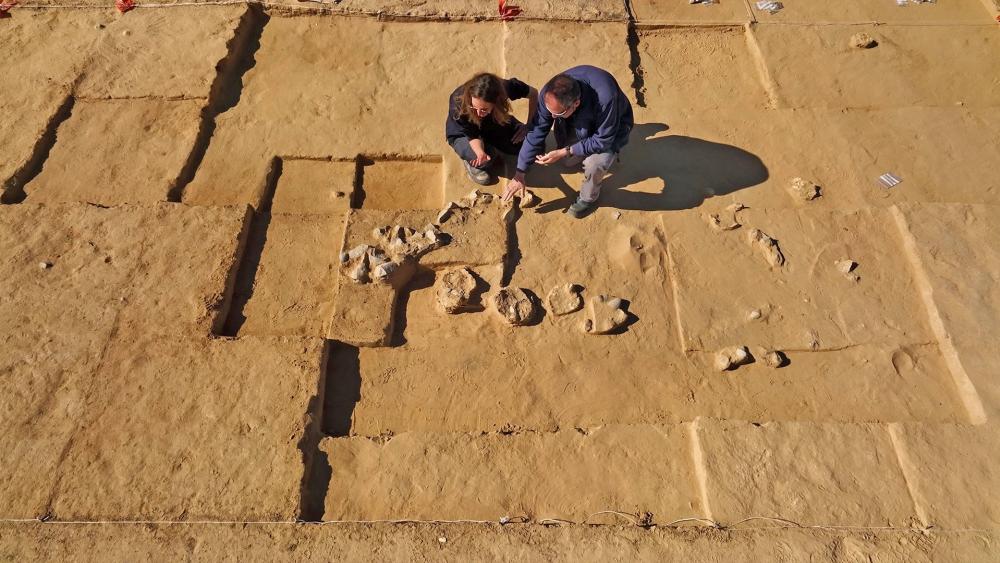 JERUSALEM, Israel – The Israel Antiquities Authority (IAA) recently announced the discovery of eight ancient ostrich eggs in the Negev Desert. The eggs are more than 4,000 years old and were found near a fire pit in the sand dunes of southern Israel.

The rare find is dated from anywhere between 4,000 and 7,500 years old and was made during an IAA excavation in agricultural fields near Be'er Milka, prior to enacting plans to create new agricultural land for the Ramat Negev Regional Council.

Lauren Davis, IAA excavation director said, "We found a camp site, which extends over about 200 square meters, that was used by the desert nomads since prehistoric times." She added, "At the site we found burnt stones, flint and stone tools, as well as pottery (shards), but the truly special find is this collection of ostrich eggs." 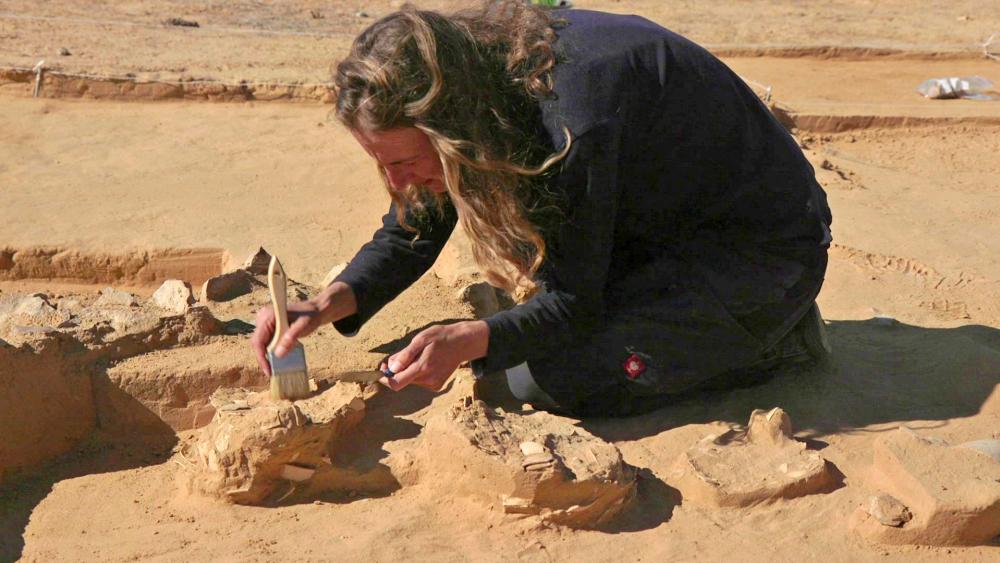 Davis explained that although the nomads didn't build permanent structures at Be'er Milka, the discoveries of the tools and shards "allow us to feel their presence in the desert."

She described how the camp sites were "quickly covered by the dunes (from the constantly shifting winds) and were re-exposed with the sand movement over hundreds and thousands of years. This fact explains the exceptional preservation of the eggs, allowing us a glimpse into the lives of the nomads who roamed the desert in ancient times." The excavators also cite the dry climate of the Negev as a factor in the preservation.

Ostriches have been extinct in the wild since the late 19th century, but the IAA points out that their eggs have been discovered on archaeological sites from several different historical eras, indicating they were an important food source.

The IAA's Dr. Amir Gorzalczany explained, "We find ostrich eggs in archaeological sites in funerary contexts, and as luxury items and water canteens. Naturally, they were used as a source of food: one ostrich egg has the nutritional value of about 25 normal chicken eggs!" 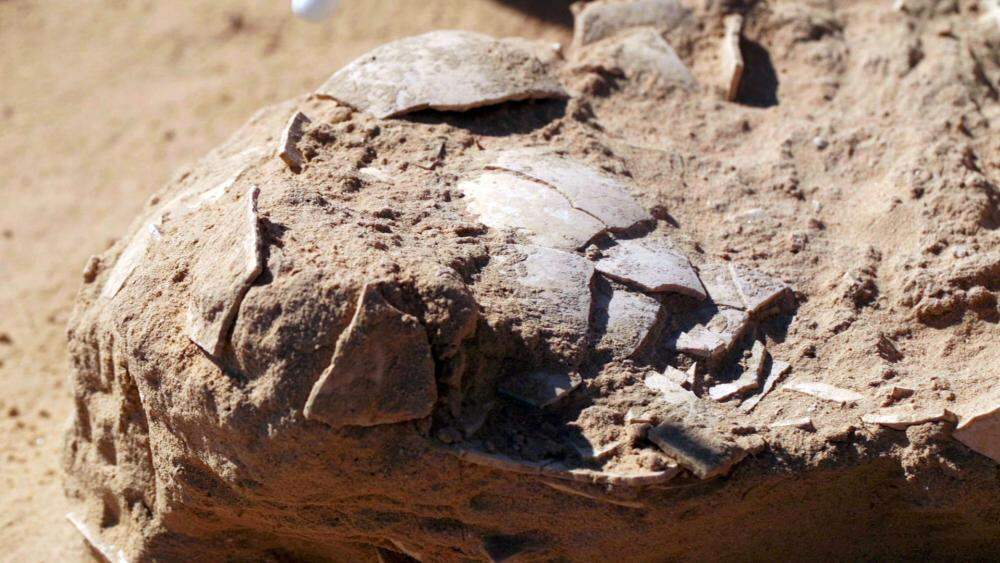 Excavators have also found that the egg shells were used for decorations as well.

"It is interesting," Gorzalczany noted, "that whilst ostrich eggs are not uncommon in excavations, the bones of the large bird are not found. This may indicate that in the ancient world, people avoided tackling the ostrich and were content with collecting their eggs."

The scientists will get a better idea of the age of the eggs after the excavation has finished. The eggs are headed for a new laboratory in the Jay and Jeanie Schottenstein National Campus for the Archaeology of Israel in Jerusalem.

Davis said, "After the excavation, we will reconstruct the eggs, just like a puzzle. The whole egg may tell us the species, and exactly what they were used for. As far as I'm concerned, every eggshell is worth its weight in gold! I am really looking forward to the research in the labs."