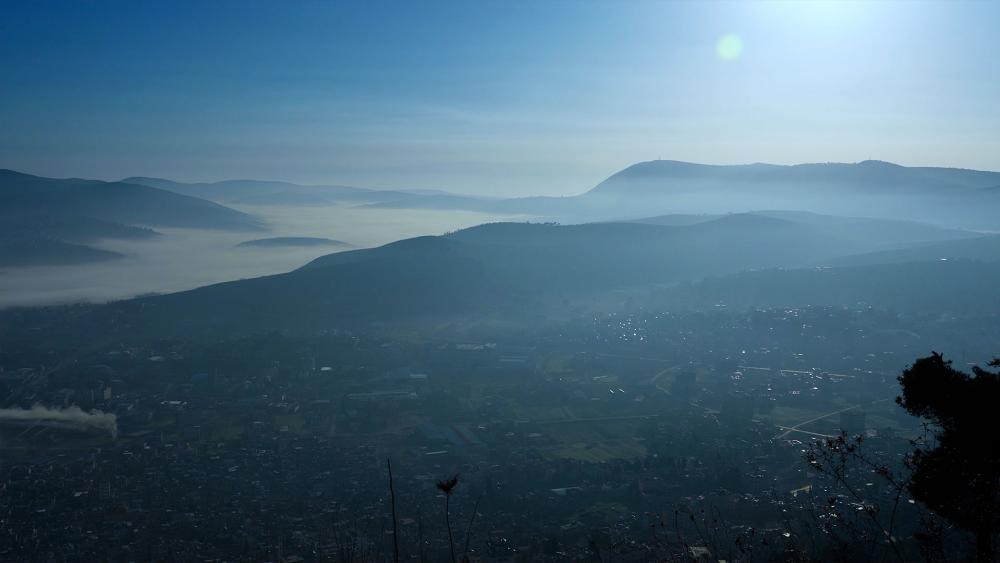 From Mt. Gerizim in Samaria, known to much of the world as the West Bank, one can see the expanse of land that was promised to Abraham, Isaac, and Jacob in the book of Genesis. Mt. Gerizim itself is known in scripture as the “mountain of blessing.”

Thousands of years later, though, this area is now home to many Palestinian terror groups.

CBN News talked with Joe Truzman from the Foundation for the Defense of Democracies (FDD) for a clearer picture of what allowed this growth in terror to happen.

“The status of the West Bank is, unfortunately, of conflict, especially in the last year and a half,” Truzman explained. “Militant organizations such as Palestinian Islamic Jihad, Hamas, and Al-Aqsa Martyrs brigades have established themselves in the northern West Bank and have been launching attacks against Israeli citizens, Israeli troops, and Israeli settlements.”

Truzman described how a weakened Palestinian Authority helped open the door for these groups to flourish.

“What's going on is that the Palestinian Authority (PA) has lost its influence over the years in areas such as the northern West Bank. And what's happened is that these Palestinian militant organizations have filled in the vacuum that's been left by the PA,” Truzman said.

That has led to the expansion of the more radical groups who have boosted their attacks.

Much of that is due to support from Iran – another enemy who filled the vacuum with its own agenda. Former Israeli Defense Forces Spokesman Jonathan Conricus has seen that infiltration first-hand.

"We see Iranian fingerprints all over the current escalation in Judea and Samaria, or the West Bank, by ways (of) funding, supplying or guiding," Conricus said.

Conricus told us Iran is sacrificing its own people in its desire to destroy the Jewish state.

"Iran decided long ago to prioritize its ongoing fight against Israel over its own residents and civilians inside Iran," he explained. "And instead of building and supporting the local Iranian infrastructure and quality of life for Iranians, the Islamic Republic of Iran is funding numerous proxy organizations around Israel in an overall scheme to attack and put pressure on Israel. So the funding, the guidance and the know-how and the directive are all from Iran."

Truzman confirmed Conricus' assessment. “Their goal is to destabilize the West Bank. It's in their interest to do that, and they are undermining the Palestinian Authority. What they're also doing is supporting these groups such as Palestinian, Islamic Jihad, for example, or Al-Aqsa Martyrs Brigade. And what's happening again is we're seeing this huge increase in violence over the last year and a half.”

To show the true picture of what’s happening in Judea and Samaria, the FDD has created an interactive map on its website.

“What we have done, we've taken media – or we've taken data from local media – we've taken data from IDF (Israeli Defense Forces) statements and claims by militant organizations and we've put it together in (a) visual which describes and shows or illustrates, rather, all the violence that's been happening since at least late March of (2022)," Truzman said. "And it's very impressive. As far as you can really see all of the shooting attacks and everything that's been happening in the past year and a half here. It's, unfortunately, very sad to see, but it's reality."

In March 2022, the IDF launched Operation Break the Wave to contain the violence and prevent further attacks. Even with that effort, Truzman points to the Palestinian Authority as needing to fill the vacuum and suppress the terror organizations. It’s a reality many people in the U.S. and around the world need to know.

“Unfortunately, Israel's sitting on a volcano,” Truzman cautioned. “And what I mean by that is all these attacks that have been happening over the year and a half has gotten to the point where I'm concerned that an attack – that's a linked attack inside of Israel, that's linked to the West Bank Militant Group is going to spur an operation, an Israeli military operation in areas such as the northern West Bank.”

People both inside and outside of Israel will be watching to see how Israel’s new government will respond to the threat.