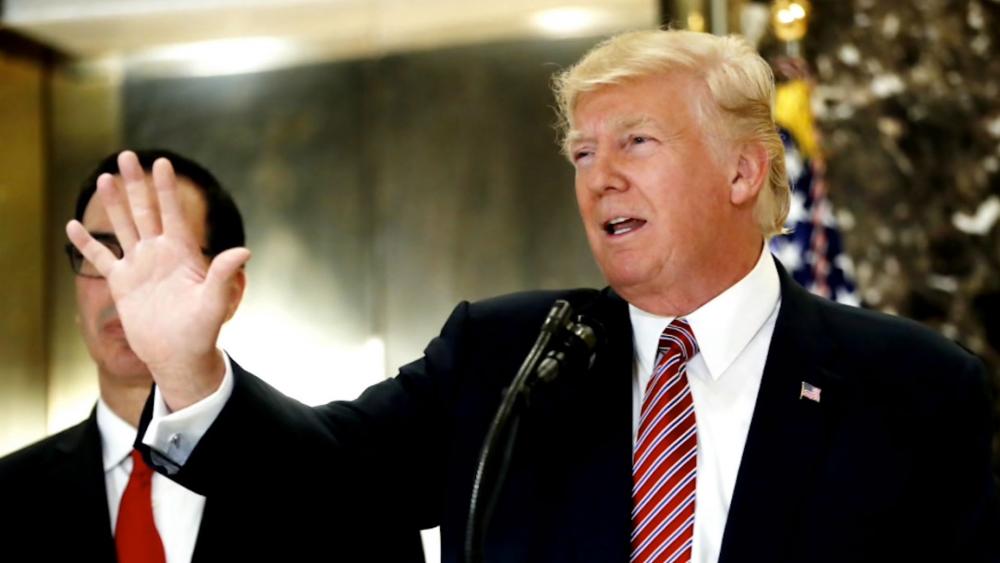 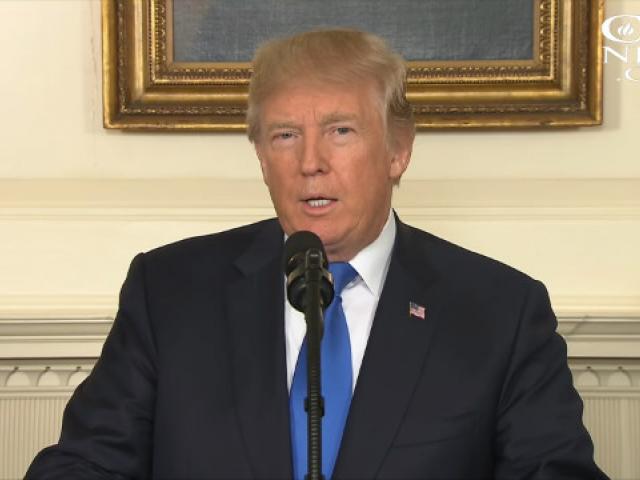 President Donald Trump made good on a promise Friday when he decertified part of the Iran nuclear deal that was negotiated by his predecessor, President Barack Obama.

In a speech before the country, President Trump declared his intention to do all he can to prevent Iran from having nuclear missile capabilities. He said the Iran nuclear deal is no longer in US national security interests.

"It is time for the entire world to join us in demanding that Iran's government end its pursuit of death and destruction," President Trump said.

The president said he will sign the Joint Comprehensive Plan of Action (JCPOA), also known as the Iran Nuclear Deal. However that deal only covers sanctions against Iran's nuclear missiles program.

The Trump administration made it clear that it wants to leave the 2015 accord intact, at least for now. Instead, it is asking Congress to establish "trigger points" which could prompt the United States to re-impose sanctions on Iran if it crosses thresholds set by Congress.

"History has shown that the longer we ignore a threat, the more dangerous that threat becomes," Trump said, opening a speech on his new approach at the White House by recalling the repression of the Iranian revolution in 1979, and recalling terror attacks by Iranian proxies against the United States, including the 1983 bombing of a barracks in Beirut that killed 241 US Marines.

"The regime's two favorite chants are 'Death to America' and 'Death to Israel,'" Trump said.

"The Iranian dictatorship's aggression continues to this day," Trump said, branding the Tehran government a "fanatical regime" that sponsors terrorism and deploys missiles that threaten US troops and allies.

Those could include continued ballistic missile launches by Iran, a refusal to extend the duration of constraints on its nuclear fuel production, or a conclusion by the United States' intelligence agencies that Iran could produce a nuclear weapon in less than a year.

The goal is to "Address the major flaws of the (deal) by requiring the automatic 'snapback' of US sanctions should Iran violate enhanced and existing restrictions on its nuclear program," said President Trump.

The deal, forged by Iran and the US, China, France, Germany, Russia, the United Kingdom and the European Union, requires Tehran to reduce its stockpile of enriched "weapons grade" uranium by 98 percent, remove two-thirds of its centrifuges and remove the core of its heavy water reactor. It also allows for inspections of Iran's facilities.

The policy "focuses on neutralizing the government of Iran's destabilizing influence and constraining its aggression, particularly its support for terrorism and militants," the White House said in a summary statement.

The decertification will kick the issue to Congress. U.S. lawmakers will then have 60 days to decide whether to snap new sanctions or modify the legislation that governs U.S. participation in the deal.

Secretary of State Rex Tillerson told CBN News, "We know it will not be a slam dunk to get this passed, but it now gives Congress a chance to have a voice on the issue." Tillerson says Congress was not able to do that during the Obama administration's Iran Nuclear Deal, after President Obama singed the deal as an executive order.

However getting Congress to agree on additional legislation may be tough. Given the drive by some Republicans to strike down the deal and the determination of some Democrats to preserve it, it is entirely possible that Congress will do nothing.

Ali Larijani, speaker of the Iranian Parliament, said Friday that any US move against a nuclear deal with Iran would be an "insult" to the United Nations because the UN had given the deal its blessing.

During a Thursday night briefing, reporters asked Secretary Tillerson for a reaction after Iranian leaders said they will never trust America again. Tillerson answered, "Iran and the entire US can trust we will never do a deal this weak again."