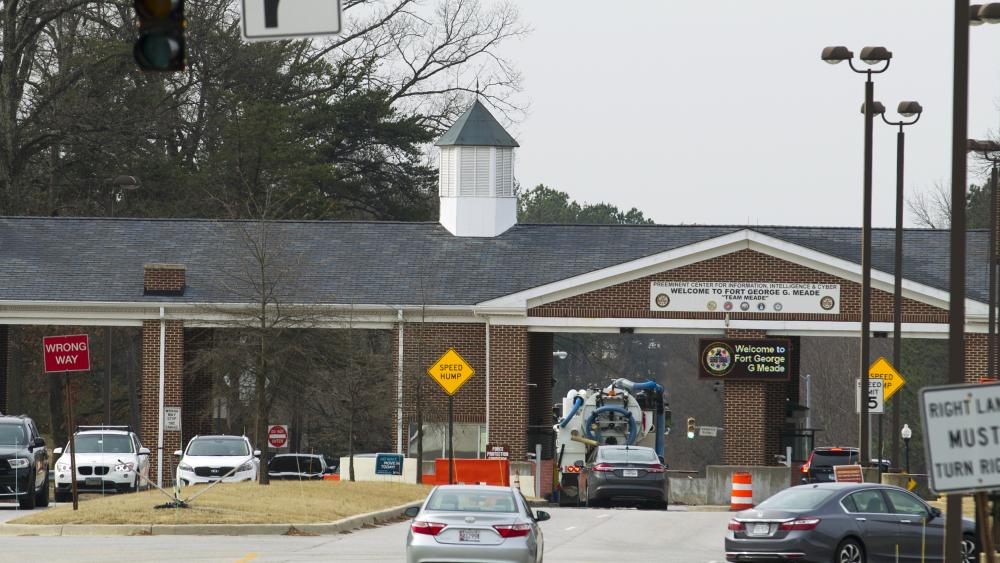 Several people were hospitalized Wednesday following a shooting outside the National Security Agency (NSA) in Fort Meade, Maryland. The agency noted, however, that none of the injuries were a result of the gunfire.

The incident unfolded shortly after 7:00 am when a vehicle tried to access the NSA's Fort Meade campus without authorization, the spy agency said in a statement. The attempted breach sparked a confrontation that left three people injured, including the driver of the vehicle, an NSA police officer and a civilian onlooker.

"The situation is under control and there is no ongoing security or safety threat. Weapons were discharged in the course of the incident, which remains under investigation at this time. Several individuals were transported to area hospitals; however, preliminary reports do not presently indicate that there are injuries attributable to gunfire. The FBI is presently leading the investigation," said an official statement from the NSA.

A black SUV with a bullet-riddled windshield sits just outside the main security gate into NSA.  It is facing the wrong direction just outside lanes of backed-up traffic. The vehicle appears to have crashed into a security barrier, ramming it through a large fence.

Around 8 am Eastern time, a suspect in handcuffs could be seen on the ground outside the SUV.

Gordon Johnson, special agent in charge of the FBI’s Baltimore field office, made it clear this was likely an isolated incident.

“I cannot emphasize enough that we believe there is no indication that this has a nexus to terrorism,” Johnson told reporters Wednesday.

Meanwhile, President Donald Trump has been briefed on the situation and been told the threat is neutralized.

"Our thoughts and prayers are with everyone that has been affected,"  White House spokeswoman Lindsay Walters said.

The FBI's Baltimore agency – the closest one to the NSA – has sent agents as part of the follow-up investigation. Local police have been told to stand down.

The NSA is located at the US Army's Fort Meade.  A Fort Meade spokesperson is telling news media the threat is over.

"At approximately 7:00 am there was an incident at the Canine Gate, which is a Fort Meade access control point that leads directly into the National Security Agency campus," Chad Jones, the Fort Meade public affairs officer, told CBN News.

"NSA law enforcement is actually handling the investigation, but they have not been able to confirm any of the real details of what happened," Jones said.  "The incident has been resolved but it continues to be investigated.  There is no current threat to the installation."