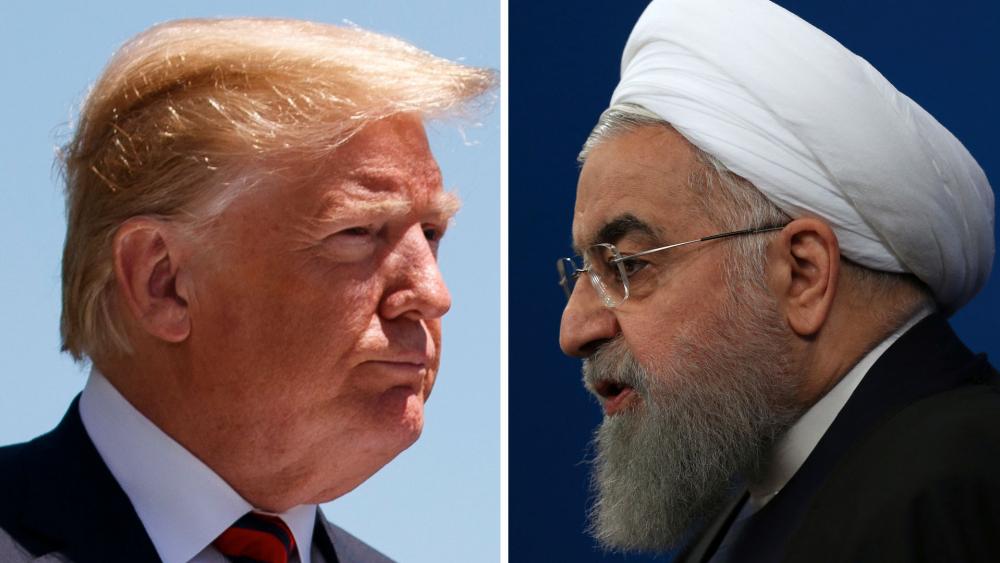 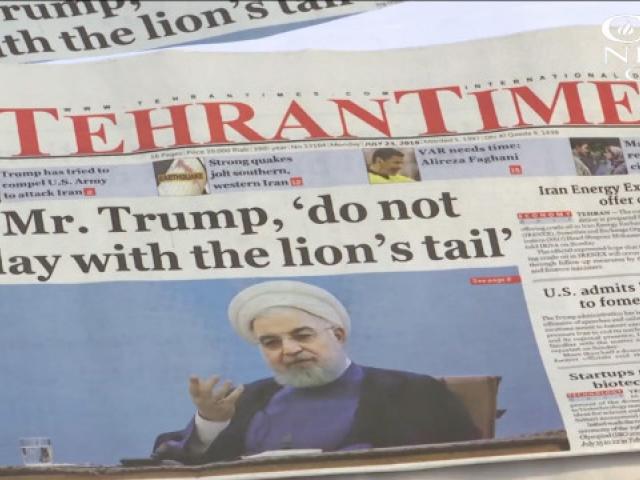 A war of words erupted over the weekend between President Donald Trump and Iranian President Hassan Rouhani.

One newspaper headline quoted the Iranian leader as saying, "Mr. Trump, do not play with the lion's tail."

Wasting no time, President Trump responded to the Iranian threat via Twitter.

Trump tweeted: "NEVER EVER THREATEN THE UNITED STATES AGAIN OR YOU WILL SUFFER CONSEQUENCES THE LIKE OF WHICH FEW THROUGHOUT HISTORY HAVE EVER SUFFERED BEFORE."

To Iranian President Rouhani: NEVER, EVER THREATEN THE UNITED STATES AGAIN OR YOU WILL SUFFER CONSEQUENCES THE LIKES OF WHICH FEW THROUGHOUT HISTORY HAVE EVER SUFFERED BEFORE. WE ARE NO LONGER A COUNTRY THAT WILL STAND FOR YOUR DEMENTED WORDS OF VIOLENCE & DEATH. BE CAUTIOUS!

The battle between the US and Iran reignited after the administration's decision to depart from the Iranian nuclear deal and re-impose sanctions against the Islamic regime.

"This was a horrible, one-sided deal that should have never, ever been made," President Trump said of the nuclear deal.

"For years, this regime was pampered by the powers and it is good to see that the United States is changing this unacceptable equation," Netanyahu stated.

Speaking before an Iranian-American group in California, Secretary of State Mike Pompeo criticized Iran's leaders for oppressing its people and ignoring their needs.

"The level of corruption welcomed under Iranian leaders shows that Iran is welcome under something that resembles the mafia more than the government," said Pompeo.

Pompeo's words come after months of protests in Iran over economic hardships and frustration with leadership.

"The proud Iranian people are not staying silent about their government's many abuses, and the United States under President Trump will not stay silent either," Pompeo vowed.