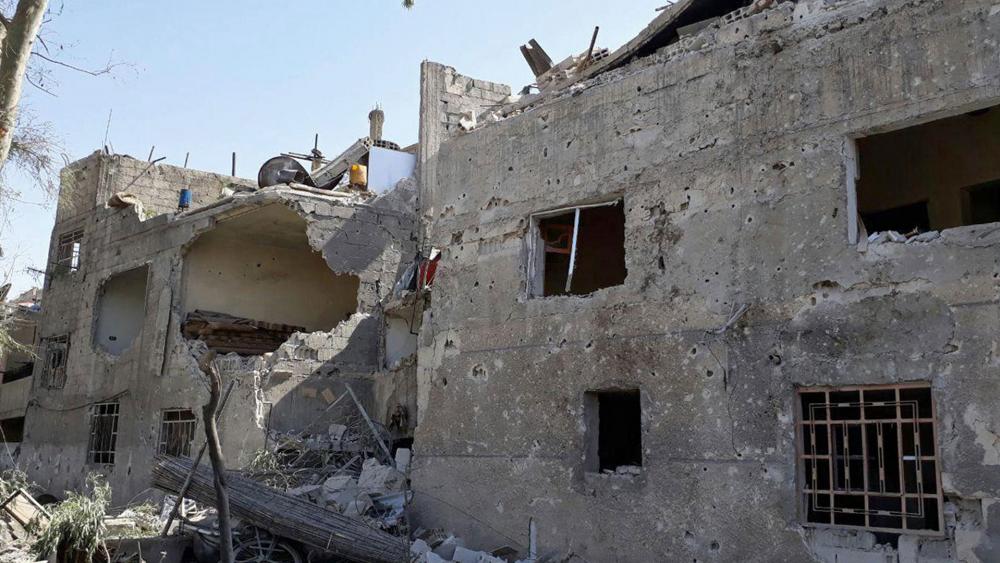 The complete fall of the last IS stronghold in Baghouz, Syria, would mark the end of the Islamic State group's self-declared caliphate, which at its height stretched across large parts of Syria and Iraq. Controlling territory gave the group room to launch attacks around the world.

President Donald Trump said Friday "it's about time" that the group no longer controlled territory in the region, after a campaign by U.S. and coalition forces that spanned five years and two U.S. presidencies, unleashed more than 100,000 bombs and killed untold numbers of civilians.

The IS "territorial caliphate has been eliminated in Syria," White House press secretary Sarah Sanders told reporters aboard Air Force One.

U.S. officials familiar with the situation in Syria said again Friday that the Syrian Democratic Forces were still battling the last remaining IS fighters who were holed up in tunnels along the river cliffs in Baghouz and have refused to surrender.

Officials said the SDF has not announced any declaration of victory, and there was no announcement planned for Friday.

Associated Press journalists in Baghouz, in eastern Syria, said coalition fighters were still conducting mop-up operations in the village after seizing an encampment Tuesday where the extremists had been holed up for months.

SDF spokesman Kino Gabriel told AP earlier Friday that there were still IS fighters and women and children hiding in caves near Baghouz. He said final operations were ongoing and there appeared to be several hundred people still inside. Other SDF officials said the camp was full of corpses, and that some civilians and IS fighters were still handing themselves over.

At least two airstrikes were carried out on Baghouz earlier Friday, sending black smoke rising in the village.

According to the officials, the SDF is moving slowly and carefully, and is willing to wait out the IS fighters who are out of food and low on water. The officials spoke on condition of anonymity to discuss mission details.

Sanders told reporters that Trump was briefed about the development by acting Defense Secretary Patrick Shanahan who was traveling with him to Florida. "We got the information from the DOD," she added.

Trump showed reporters a map of Iraq and Syria that showed the terror group no longer controlled any territory in the region. "Here's ISIS on Election Day," he said, linking coalition gains since then to his presidency. He pointed to a swath of red area signifying the group's previous territorial gains, and then to one without any red, "Here's ISIS right now."

But Trump appeared to be overstating his administration's contribution to the anti-IS fight. A close-up of the map showed that Trump was displaying a depiction of the group's footprint at a high-point in 2014, not Election Day 2016, by which point the U.S.-backed campaign was well underway.

Trump has been teasing the victory for days, most recently Wednesday when he said the milestone would be achieved by that night. But even after Baghouz's fall, IS maintains a scattered presence and sleeper cells that threaten to continue an insurgency.

If history is a guide, the reconquering of IS-held territory may prove a short-lived victory unless Iraq and Syria fix the problem that gave rise to the extremist movement in the first place: governments that pit one ethnic or sectarian group against another.

The militants have been putting up a desperate fight, their propaganda machine working even on the brink of collapse. The battle for Baghouz has dragged on for weeks and the encampment had proven a major battleground, with tents covering foxholes and underground tunnels.

The siege has also been slowed by the unexpectedly large number of civilians in Baghouz, most of them families of IS members. Over past weeks they have been flowing out, exhausted, hungry and often wounded. The sheer number who emerged - nearly 30,000 since early January, according to Kurdish officials - took the Syrian Democratic Forces by surprise.