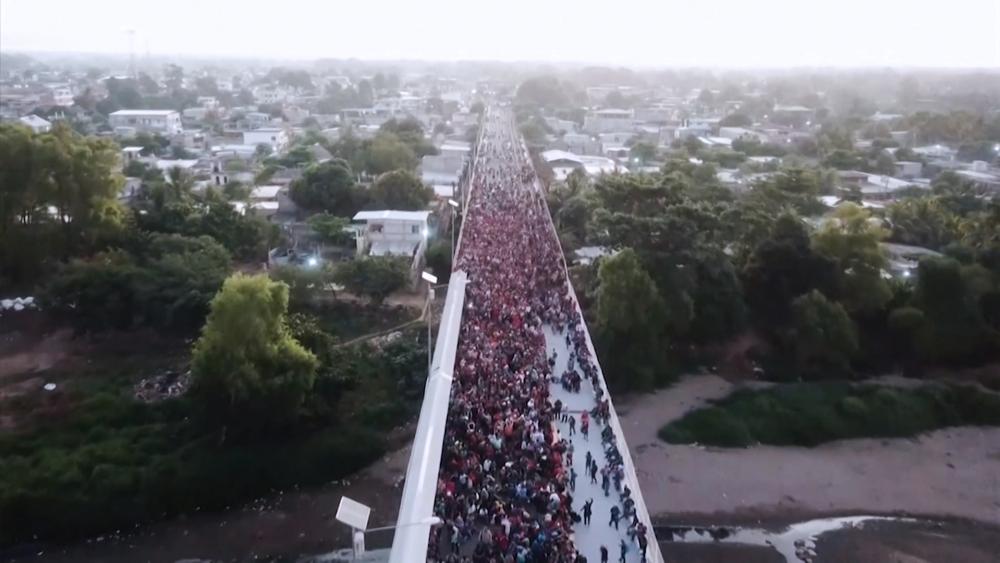 TAPACHULA, Mexico – Homeland Security officials say the number of illegal crossings at the southern border have dropped for the last 8 months, down 90 percent over last year.

Recently, CBN News traveled to Central America to find out why.

Mass chaos erupted recently along the Mexico-Guatemala border as thousands of migrants faced off with Mexican National Guard troops. The standoff was a result of the Trump administration pressuring the Mexican government to stop these waves of illegal caravans before they get to the United States.  But many still plan on making it to the US any way they can.

This is a repeat trip for many of these migrants who say this time Mexican authorities are taking a much stronger stand.

Standing along the river between Guatemala and Mexico, CBN News observed as boats with migrants crossed the water illegally. But this river's not very deep and so some people just wade across.

It's almost impossible for the Mexican military to stop people from crossing illegally. Several soldiers told us, "We don't stop anybody from doing anything as far as crossing goes."

The Mexican police are pursuing a different strategy instead.

At a checkpoint just north of the Guatemalan border in Chiapas state, the Mexican police and military are working together to try to find these migrants who are trying to still sneak through here, even though they know that things are getting more difficult at the northern border. We watched as they pulled a couple of Guatemalans from one of these vehicles. They are here illegally so they are going to get deported back to Guatemala.

And the migrants are not just from Central America. Here in the border town of Tapachula, Mexico, there are thousands of migrants from as far away as Africa, Bangladesh, Pakistan and Yemen. They are stuck here because of Mexico's version of its own wall – a bureaucratic blockade.

Here in Tapachula, asylum claims have increased from roughly 2,000 in 2018 to 44,000 last year. This shows many are rethinking their goal of making it to the United States.

The current situation has caused smuggling fees to skyrocket, from about $2,500 a year ago to upwards of $10,000 today. And those who attempt to enter the US, and fail, end up with a debt to the smugglers they may never be able to repay.

Still, this Haitian migrant is relying on his faith to get him a piece of the American dream.  Blady said, "Donald Trump is the president, I respect the president, but let me tell you, God has a plan for me. My faith will take me to America."

The Mexican troops we met, however, might beg to differ.