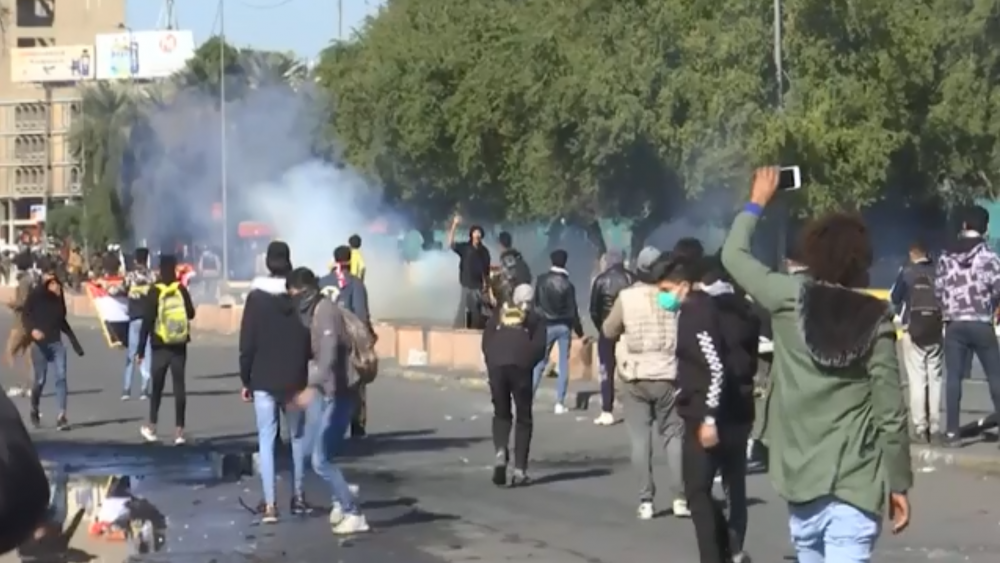 JERUSALEM, Israel - Three rockets hit the United States embassy in Baghdad on Sunday amid increased tension between Tehran and Washington and deadly anti-government protests that have consumed Iraq for months.

AFP reports one of the rockets slammed into a cafeteria at the embassy during dinner and two others landed nearby.

At least one person was injured, but it is not clear how severe the injuries are and if that person is an Iraqi national or American, the report said.

The US State Department called on the Iraqi government to "fulfill its obligations to protect our diplomatic facilities" without specifically mentioning the embassy attack.

There was no immediate claim of responsibility for the attack and the embassy did not respond to requests for comment.

Seth Frantzman, author of After ISIS and founder of the Middle East Center for Reporting and Analysis, told CBN News the evidence points to Iran being behind Thursday’s attack.

“People don’t just have rocket launchers in their backyard. Obviously, it is not only a group, [but] it is also likely a group closely connected to what’s called ‘The Popular Mobilization Units,’” he said.

The Popular Mobilization Units are a group of Iranian-backed militias in Iraq that have escalated attacks against US interests since American forces killed Quds Force General Qassem Soleimani in an airstrike on Jan. 3.

“These are not simple spontaneous people. These are groups that act under order likely from Iran via their own group leadership. And they are groups who openly say, ‘We don’t want the United States in Iraq,” Frantzman explained.

Sunday’s rocket is the first direct strike on the US embassy since Soleimani’s death. It is a dangerous escalation in Baghdad’s Green Zone, an area largely viewed as a safe location where the diplomatic offices of the US and other western countries are located.

Frantzman believes the group responsible for Sunday’s attack is probably the same one behind recent rocket attacks near the US embassy since the beginning of the year.

“It must be a group that has sophisticated rocket launchers likely the same ones we’ve seen in the past. The same group has already been using those rocket launchers to kind of warn Americans by shooting rockets on both sides of the embassy,” he said.

Sunday’s rocket attack coincided with deadly attacks on Iraqi civilians who have been protesting Iran’s presence in their country. Frantzman believes the two incidents are linked and clearly shows Iran’s influence in Iraq and a desire to force America out of the country.

What started out as young people flooding the streets on Oct.1 to protest high unemployment, government corruption, and poor services, quickly turned into calls for complete government reform and demonstrations against Iran’s influence in their country.

Security forces are cracking down on the protests by open firing on civilians and using tear gas to disperse crowds.

Frantzman's sources in Iraq say that Iranian militias are also showing up to the protests to shoot down anti-Iranian protesters.

AFP reports that more than 470 people have died, most of them protesters, since the rallies began.

To counter the anti-Iran protests, cleric and Iranian militia leader Moqtada Sadr organized a mass rally in Baghdad on Friday, where thousands of his supporters called for American troops to leave and for Iraqis to embrace Iran.

“To be real Iraqis, you have to reject the US intervention in Iraq and stop talking against Iran, they are our neighbors, and we have to work with them for the interest of our country,” Sadr told protestors.

Frantzman believes Sunday's attack and Iran’s violent crackdown on protesters are escalations that will only get worse.

He points to Iran’s pattern throughout the Middle East in Syria, Iraq, Lebanon, and Yemen.

“All of these groups are slowly but surely, as part of what Iran call the ‘axis of resistance’ trying to challenge the US and allies,” said Frantzman.

This regional resistance to America and her allies includes the attacks on tankers in May and June of 2019, the downing of the US drone in June, and the rocket fire on US bases between September and December.

One attack in December on a northern Iraqi base killed an American contractor. The US retaliated with a strike on a pro-Iranian known as Kataeb Hezbollah.

Less than a week later, a US drone strike killed Soleimani.

Frantzman believes Iran is trying to gradually harass the Americans into leaving the Middle East without causing too much bloodshed because Iran knows that the loss of American life is a red line for the US, and the US will respond.

“It's an escalatory game where every time you have to do something a little bit worse,” said Frantzman. 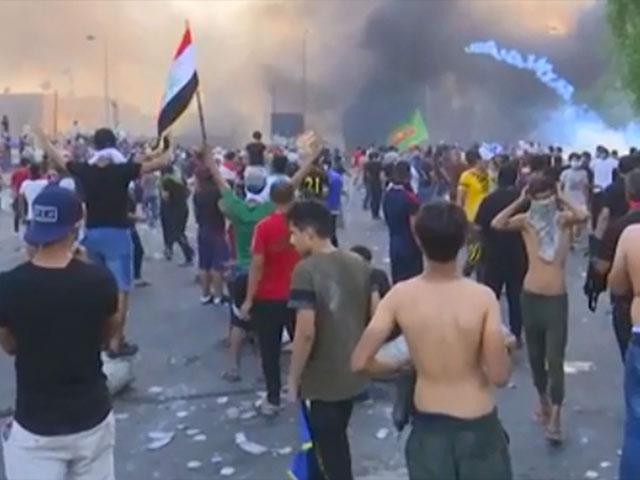