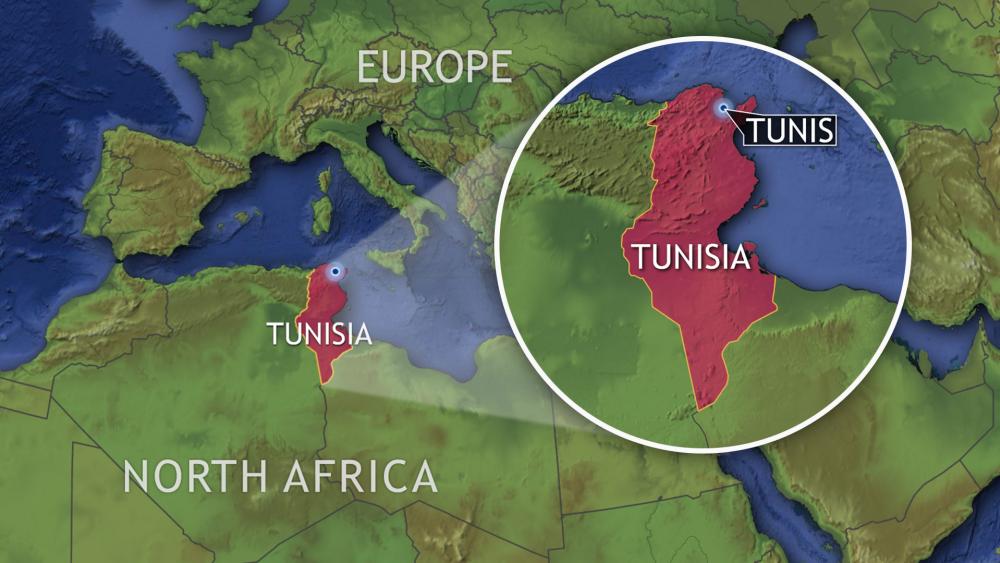 TUNIS, Tunisia (AP) — Two suicide bombers blew themselves up near the U.S. Embassy in Tunisia on Friday, killing one police officer and wounding four others, the Interior Ministry said.

Lawmaker Yosri Dali, head of the armed forces and security commission, confirmed eyewitness reports that the bombers were on a motorcycle. Dali said in an interview with Radio Mosaique that they blew themselves up when a police patrol stopped them to ask where they were going.

Sofiane Selliti, spokesman for the judiciary’s counter-terrorism office said the attackers’ motorcycle was “packed with explosives.” He described on Radio Mosaique a horrific scene, saying the attackers’ body parts fragments were flung a considerable distance.

Hundreds of police swarmed around the embassy on the outskirts of Tunis, the Tunisian capital, after the bombings. Sharpshooters could be seen on the roofs of nearby buildings and major streets were blocked. Security units were placed on maximum alert, the Interior Ministry said.

A ministry spokesman, Khaled Lahyouni, said one of the five officers injured in the blast had died after surgery. A civilian was slightly injured.

The spokesman insisted the dead attackers had targeted the officers on patrol and not the U.S. Embassy. An angry crowd of hundreds of people stormed the embassy compound in 2012.

There was no immediate claim of responsibility for the attack. Authorities did not confirm media reports naming the attackers.

The U.S. Assistant Secretary of State for Political-Military Affairs, Clarke Cooper, said combating terrorism is “a long-term proposition … there’s always going to be a threat wherever you are globally.”

This North African nation’s transition to democracy has been marred by Islamist extremist attacks. Dozens of people were killed in two attacks in 2015, at the noted Bardo Museum outside Tunis, and at a luxury beach hotel near Sousse, in the east.

Since the fall of Tunisia’s hard-line secular dictatorship in January 2011, extremists have increasingly come into the open. Some prisoners serving time for extremist-linked convictions have walked free.

A flag inside the walled-off American diplomatic mission fluttered above the attack site outside the embassy’s compound. Police taped off the area, which was littered with charred debris, and forensic teams sorted through remnants of the explosion.

The U.S. Embassy, located in a residential area on the outskirts of Tunis, came under assault in 2012 along with a nearby American school by crowds angered by an anti-Muslim film produced in the United States. Security forces killed four people during the attack in which the American flag was torn down and replaced with an Islamic flag.