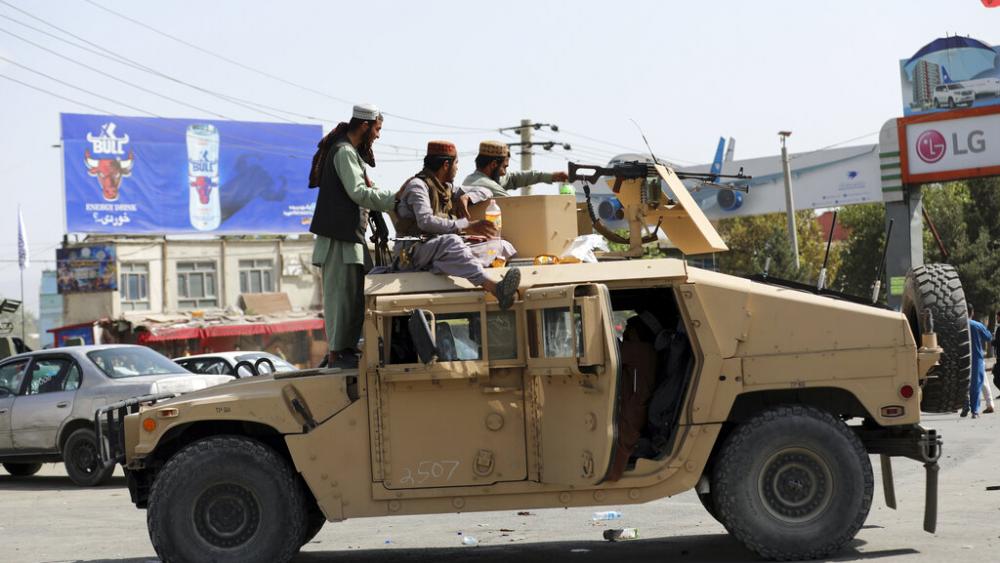 After stunning the Biden administration with a lightning takeover of Afghanistan on Sunday, the Taliban found some unexpected presents from the fleeing Afghan army, including U.S.-made planes, armored vehicles, guns, and even night-vision goggles.

Built and trained at a two-decade cost of $83 billion, Afghan security forces collapsed so quickly and completely — in some cases without a shot fired — that the ultimate beneficiary of the American investment turned out to be the Taliban.

The Taliban captured an array of modern military equipment when they overran Afghan forces who failed to defend district centers. Bigger gains followed, including combat aircraft, when the Taliban rolled up provincial capitals and military bases with stunning speed, topped by capturing the biggest prize, Kabul, over the weekend.

"Everything that hasn't been destroyed is the Taliban's now," one U.S. official, speaking on the condition of anonymity, told Reuters. The official confirmed the amount of U.S. equipment recovered by the Islamic extremists is enormous.

That equipment is causing concern among some former and current U.S. officials who fear it will be used against Afghan civilians or used by other Islamic groups to attack other U.S. interests. Some have even questioned if U.S. technology will now be sold to China or Russia.

Another official said the current intelligence assessment was that the Taliban are believed to control more than 2,000 armored vehicles, including U.S. humvees, and up to 40 aircraft potentially including UH-60 Black Hawks, scout attack helicopters, and ScanEagle military drones, Reuters reported.

"We have already seen Taliban fighters armed with U.S.-made weapons they seized from the Afghan forces. This poses a significant threat to the United States and our allies," U.S. Rep. Michael McCaul (R-TX) told the outlet in an email.

One retired U.S. general who oversaw U.S. military operations is trying to ease some of those concerns, saying the high-tech weapons and aircraft captured by the Taliban were not equipped with secret U.S. technology.

"In some cases, some of these will be more like trophies," Joseph Votel said.

Reuters also reported that the Biden administration is concerned about the weapons and is looking at different scenarios to pursue. Even though airstrikes to destroy the larger equipment have not been ruled out, officials are concerned about the Taliban's response during the U.S. evacuation of people from the Kabul airport.