Defense Dept. Develops Next Gen Sensor to Implant Under Human Skin, Like a 'Check Engine Light' 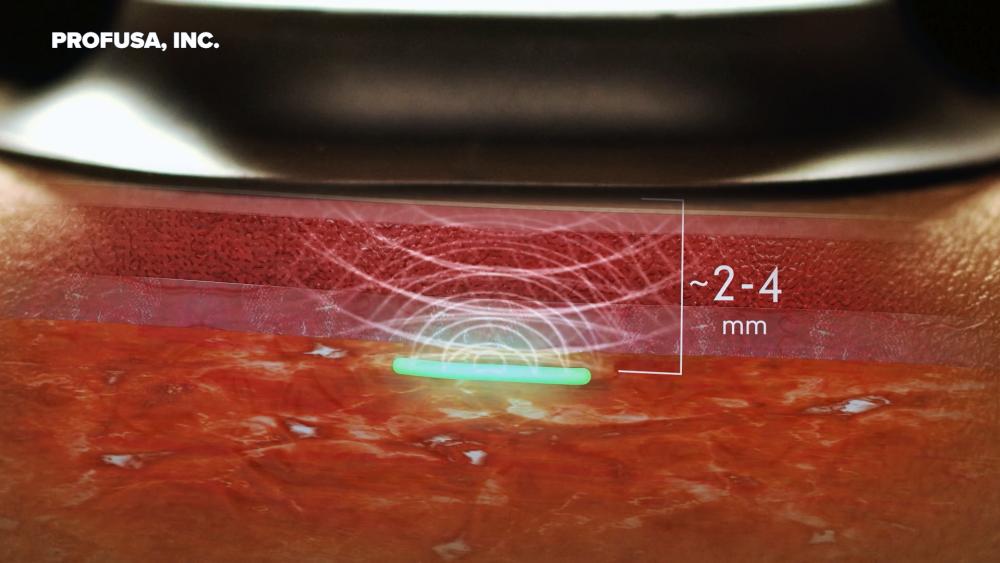 (Image credit: Profusa via Department of Defense)
6252124019001
Defense Dept. Develops Next Gen Sensor to Implant Under Human Skin, Like a 'Check Engine Light'

One military doctor is calling a next-generation technology that could ultimately stop a future pandemic, "a human check engine light."

It's actually a tiny hydro-gel sensor that sits right under the skin and was originally developed to help treat diabetes.

But for the Defense Department, it's a way to stop the spread of infection in its tracks.

"What we do is we say, 'Well the science is interesting but we're translating that into application and benefit and its something frankly the Department of Defense does really well," said Dr. Matthew Hepburn, M.D., the vaccine lead for Operational Warp Speed. "We can see science but we say, we have a mission, we have a national security mission."

In March of 2020, the USS Theodore Roosevelt made headlines when more than 1,000 sailors on board tested positive for COVID-19.

The outbreak put the ship out of commission for two months and kept a crew of 4,800 sailors from their mission of defending our nation.

Hepburn told CBN News he's devoted his entire career to finding a way to prevent that from happening again. "What we want to do is detect an infection as early as possible, before someone even spreads it to another person, to try and prevent that infection in the first place, so that it never happens, but if it does, we detect and treat," he noted. "What we also might want to do is make sure everybody else is protected.

That's now possible, thanks to a tiny hydro-gel bio-sensor. It's placed under the skin and from there it's able to measure what's going on at a tissue level. For example, it can measure the levels of lactate in your body.

"The level of lactate at the tissue level is a really good indicator that someone is starting to get sick," Hepburn explained. "It's one of those things that we go up pretty early in severe infection called sepsis. I think everyone's kind of heard of sepsis."

The sensor doesn't tell you what kind of infection you may be getting. It's more of an alert. Hepburn compares it to a check engine light.

This next-generation technology was invented by Profusa, a private sector company. They created it to help treat diabetes, but through a partnership with the Defense Department, the sensor has been developed to serve a number of other purposes.

Besides detecting infection, it can also be used to check oxygen levels.

"So you can think of like a pilot, you'd want to know tissue level hypoxia or low oxygen as an early signal that you're not getting enough oxygen to your tissue," Hepburn said.

This technology is currently in clinical trials. All vaccines and treatments provided by the Defense Department have to go through FDA approval and this one is well on its way to getting that endorsement.