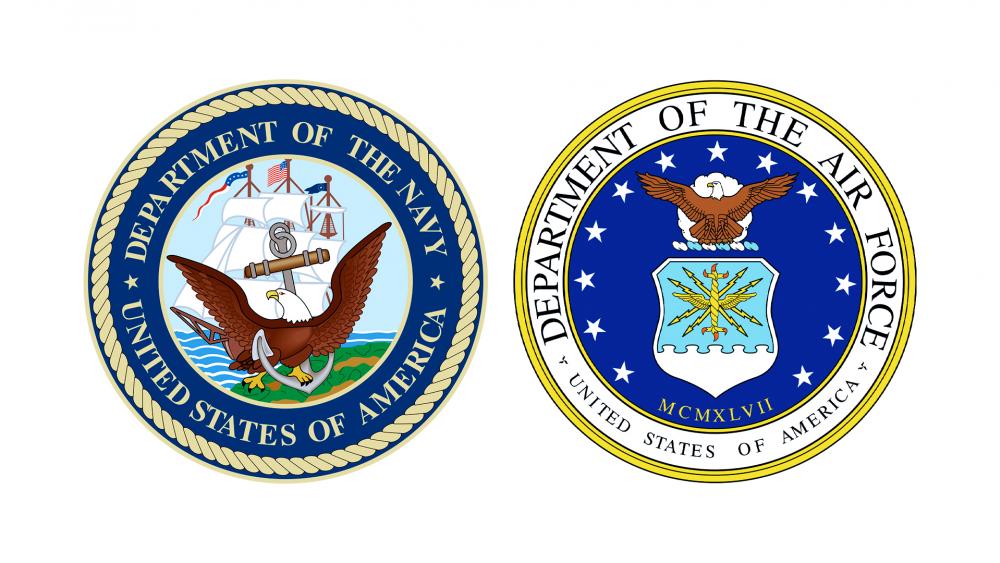 The U.S. Navy and Air Force are being accused of giving blanket denials to all requests for religious exemptions from the military's COVID-19 vaccine mandate. It's happening even though there are federal laws and regulations in place to prevent such a total and outright denial of religious rights.

Just the News reports all branches of the military are required by law to evaluate religious accommodation requests (RAR's) on an individual basis to ensure due process under the Fifth Amendment and protect service members' First Amendment right to religious freedom.

But according to a formal complaint bought by an anonymous Navy officer to the chief of naval operations, the lengthy review process is just for show.

The 50-step procedure is broken down into six phases. By the fourth phase of the review, even though it's designed to provide the appearance of individual consideration of a RAR, the denial template has already been added, numerous offices have endorsed the denial, and a drafted memo to Nowell requests a denial, according to Just the News.

However, a Navy spokesman told CBN News in December there is no "blanket policy" about denying religious exemption requests. Each is allegedly considered on a case-by-case basis. There are, however, very strict guidelines that must be met, including a history of objecting to vaccinations. And anyone who refuses to get vaccinated, Christian or not, will be given a general discharge.

The Air Force has also rebuffed allegations that it has issued a standard denial for all religious exemption requests.

On Monday, the military branch told Just the News, "The Department of the AF does an individualized least restrictive means analysis for each case."

On Dec. 22, the Air Force said it has received more than 10,000 RAR requests, but also revealed in the same press release that none of the requests had been approved. More than 150 were being appealed.

"Each member's request is carefully considered to balance the government's compelling interest in mission accomplishment with the service member's sincerely held belief," Under Secretary of the Air Force Gina Ortiz Jones said. "Although the chaplain may advise the member's belief is sincere, MAJCOM and FLDCOM commanders have to balance that member's interests against the overall impact on operational readiness, health and safety of members and good order and discipline within the unit."

According to Just the News, on Dec. 3, Maj. Gen. Sharon Bannister, director of medical operations in the Department of the Air Force office of the surgeon general, went on record, telling the District Court for Middle District of Florida, "The Air Force does not apply a 'blanket' rule that no less restrictive means of protecting the force exists other than a vaccination."

"The Approval and Appeal Authority must look at numerous factors that vary by individual," she continued. "The Department of the Air Force strives to make sure full and appropriate consideration is given to each request. Where an accommodation can be granted without adversely impacting the compelling government interest in mission accomplishment, it will be."

As CBN News reported in December, a growing number of U.S. service members say the military is stripping them of their religious liberties. Many of the COVID-19 vaccination deadlines for active-duty members have passed without a single religious exemption being granted.

"It goes against my bodily sovereignty as a Christian. I mean God makes it very clear. This body that I'm given is my last bastion of freedom," one Army National Guardsman told CBN News.  At the request of legal counsel, he asked not to be identified.

He says he received other vaccines from the military without doing much research. But that wasn't the case with the COVID-19 shot.

In his request for a religious exemption, he cited fetal cell lines used in the research and development phase of the mRNA vaccines and in the production of Johnson & Johnson's shot. If his request isn't granted, he says he'll take a discharge before violating his beliefs.

"There are various religious objections our clients have to the vaccine. Each of them prayed earnestly for God's direction and they do not feel they can, in good faith, take this vaccine.  Also, many of them object because of the documented link between this vaccine and aborted fetal cells," Attorney Mike Berry said in a statement to CBN News.

Berry argues it's unconstitutional for their requests to be denied.

"That's blatant discrimination. You can't treat religious beliefs less favorably than you treat medical conditions or administrative exemptions. Religious freedom in our country is protected by the First Amendment to the Constitution and that doesn't change just because you serve in the military," Berry said.

In addition, late last month, dozens of congressional lawmakers announced their support for a group of Navy SEALs who sued the Biden administration and the Defense Department for refusing to grant religious exemptions to the COVID-19 vaccine mandate.

"No right is more precious than the right to religious liberty," the lawmakers said in the brief addressed to U.S. District Judge Reed O'Connor. "That is why the very first clause of the very First Amendment explicitly states that 'Congress shall make no law... prohibiting the free exercise' of religion."

Pentagon spokesman John Kirby told CBN News in December, religious exemptions are rare. For example, none has been granted in either the Navy or Marines in almost a decade.