Can Donald Trump Seal the Deal with Evangelicals? 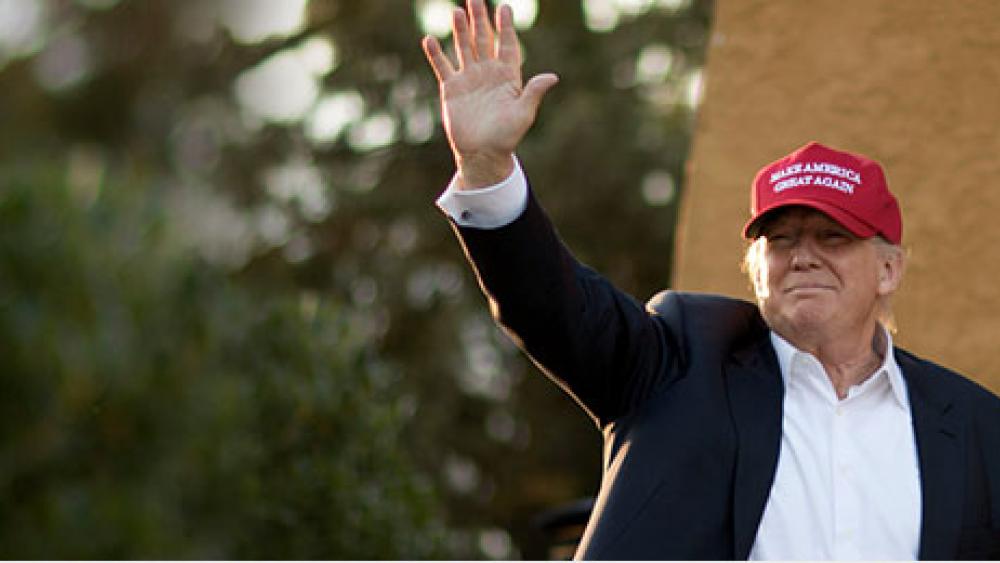 RANCHO PALOS VERDES, Calif. -- Donald Trump has proven the political world wrong. Not only has his iconic name and "GOP frontrunner" appeared in the same sentence, they've stayed together.

And his support is attracting evangelicals too, or as he likes to say, "I'm leading with the evangelicals big league!"

It's true. Poll after poll shows Trump ahead among "self-identified" evangelicals.

Fox News has him at 29 percent, followed by retired neurosurgeon Ben Carson at 21 percent and Sen. Ted Cruz, R-Texas, at 12 percent. A CNN poll has him even higher.

"I think one of the reasons I'm doing so well is that I am a Christian, I'm a Protestant, I'm a Presbyterian, and I'm a total believer," Trump told CBN News from his golf course in Southern California.

"I believe in the Bible," he continued. "I believe in God and I think I will help them so much with this country."

However, with proven evangelical-type candidates already out there like Carson, Cruz and former Arkansas Gov. Mike Huckabee, Trump has some work to do.

"You need a person of tremendous strength, but I think I can tone it down a little bit and I'll try," he said.

Even so, there is no doubt that evangelicals are responding to his fighting spirit and ability to cut through the political hot air.

"You know exactly where he stands whether you agree with him or not," Christian voter Lonnie Poindexter said. "That's what I love about Donald Trump."

Tony Perkins, president of the Family Research Council, understands why some evangelicals like him a lot.

"Donald Trump tells it like he sees it and I think people, at least on this first impression of Donald Trump, is that he's not going to be controlled by the political class and that's what they're looking for," Perkins said.

"I've dealt with very tough hombres and very tough people and I've come out on top," the business mogul told CBN News. "I can understand the evangelicals to a certain extent saying, 'Well, maybe he's not as nice as we want him to be,' but they also want to see the country be great."

Trump: 'God Is the Ultimate'

Evangelicals are also curious about his faith journey.

When asked about who God is to him, Trump told CBN News, "Well, I say God is the ultimate."

Trump then pointed to his Southern California golf course and exclaimed, "I mean God created this. Here's the Pacific Ocean right behind us, so nobody, no thing, no there's nothing like God."

On the campaign trail, he calls the Bible his number one book, something he reiterated to us during our interview.

"I am a praying guy," Trump said. He then pulled out a picture of him as a teenager with his confirmation class of 1959 at First Presbyterian Church in Jamaica, Queens.

"Pretty good right? I am a praying person," he said.

What does Trump pray about?

"I think more than anything for the family and health," he told CBN News.

As for God's mercy, his critics went after him when he told an evangelical audience this summer that he wasn't sure he ever asked God for forgiveness. Nevertheless, he left to a standing ovation.

When CBN News asked Trump whether he believes it is important to ask God for forgiveness, Trump replied, "Well, I do."

"I think it's great. I consider Communion to be a very important thing. When I go to church and I take Communion I consider that asking for forgiveness in my own way," he said.

Trump talks fondly about his Sunday school days, though he admits these days he goes to church when he can.

While evangelicals may never see him as "Pastor Trump," they do want to see more substance, especially on issues like the rights of Christian business owners who may not want to bake a cake for a gay wedding.

"I'm very concerned about it and there's going to be a lot of law issued about it," Trump said.

Speaking of the law, Trump says he disagrees with the Supreme Court ruling on same-sex marriage.

"We have some very terrible Supreme Court justices, and frankly, they should have at least had that [same-sex marriage case] as a state's right issue," he told CBN News.

Trump does, however, consider gay marriage the law of the land and that puts him at odds with some of his evangelical rivals.

Eventually conservative Christian voters will render their verdict on Trump and all the other candidates.

"I'm praying about it honestly," conservative Christian voter Benjamin Dane said. "I'm asking the Lord what he wants me to do, and I think that's what all Christians need to do."

Meanwhile, Trump will continue preaching his message and pray that evangelicals buy in. He's banking on evangelicals who are sick and tired of the status quo and are ready to win again, something a few pastors told him during a recent conversation.

"I will do a great job and they said 'Therefore, we support him,'" he continued. "And these were ministers and respected people and pastors and I think there's a lot of truth to what they said."