Trump spoke before a packed theater at Regent University as part of the university's Executive Leadership Presidential Candidate Forums series.

Ted Cruz will be at Regent University for the Presidential Candidate Forums on Friday, Feb. 26.
Watch the event LIVE @ 7 p.m ET

Find Where You Can Register to Vote

Watch the full event below.

"A very bad budget was passed just about four weeks ago that's going to add at least $2 trillion to it. So we'll be up essentially to $21 trillion, and at a certain point it's really the point of no return. And you really have to have somebody that knows what he or she is doing," he said.

Robertson wanted to know if President Trump would have a litmus test for those he'd nominate to the Supreme Court.

"In your selection as president, what criteria would you use to pick somebody?" he asked.

"Pro-life. We want-- It starts with that, starts with it. A very conservative, a very, very smart, I mean like Judge (Antonin) Scalia would be a perfect He was a perfect representative," he said.

"I've always said that Justice (Clarence) Thomas doesn't get enough credit. He is a wonderful man, a wonderful guy (applause) and I've always said Judge (Samuel) Alito is a terrific guy. So, in that realm is what we're talking about for me," Trump explained.

"We're going to get rid of Obamacare," Trump said. "Obamacare has turned out to be a total disaster."

He also fielded questions about the Iranian nuclear deal in the country's involvement in Iraq.

"I didn't want to go into Iraq; it was one of the worst decisions ever made," Trump said. "We lost $2 trillion, thousands and thousands of lives -- thousands of lives. We have wounded warriors who I love all over the place, and what happens? Iran is now taking over Iraq."

"When you think of how Iran is doing lately, right? Between the Iran deal, we give them $150 billion -- we got nothing for it," he said. "We should have gotten our prisoners back long before we started negotiating...(Secretary John) Kerry - this is the worst negotiator I think I've ever seen."

In addition, Trump did not mince words when talking about his political rival and Democratic presidential candidate Hillary Clinton.

Trump also addressed President Obama's liberties with executive orders, accusing the president of resorting to them because he's not been effective in dealing with Congress.

"The country is so divided, whether it's African American, white, congressman, Democrat, Republican. I mean it's just like we have a whole divided country. I've never seen anything like it," he said. "But we used to see, and I used to be part of Democrats and Republicans having dinners together with their families and their wives, and it was a nice thing. There'd be combat the next day, but there would be -- they'd get along -- and they'd get things done."

"So today we have a president that can't get anything done, and he signs executive orders,"  he said.

He said he'd first reverse Obama's orders on the Second Amendment and his orders involving immigration.

Watch more of Trump's response below:

With 49 delegates at stake, Virginia is an important state for candidates to secure enough delegates to win the Republican presidential nomination.

Trump and others know that making an appearance with CBN Founder and Regent University Chancellor Pat Robertson at Regent University will help their efforts to win the votes of evangelicals, which will be one key to securing victory in the state on March 1.

Regent University has already hosted presidential candidates John Kasich and Jeb Bush, who ended his bid after a poor showing in South Carolina.

Ted Cruz will make an appearance at Regent on Friday, Feb. 26 at 7 p.m., followed by Ben Carson on Monday, Feb. 29 at 2 p.m., the day before Super Tuesday. CBN News will be streaming both events live. 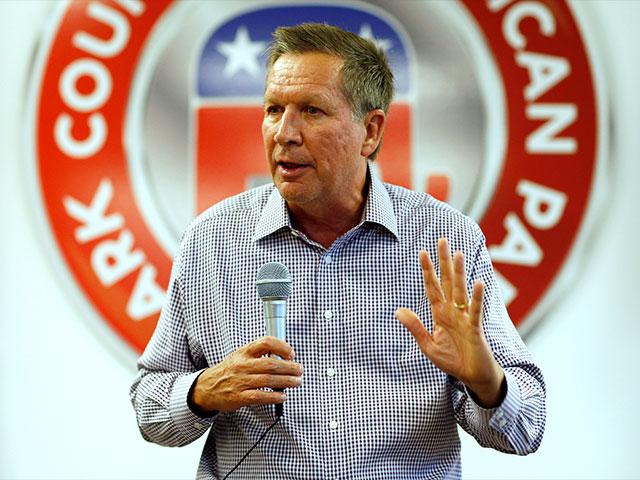 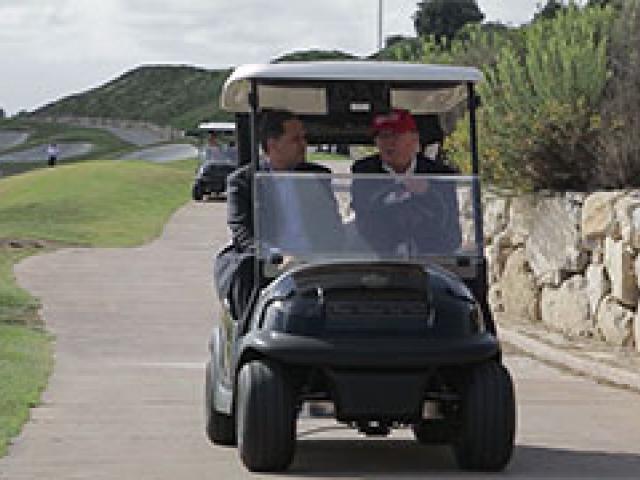 Donald Trump to CBN: 'I Always Expect to Win' 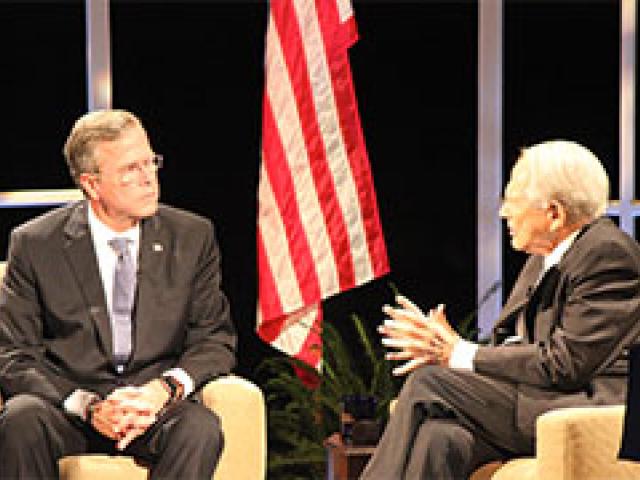