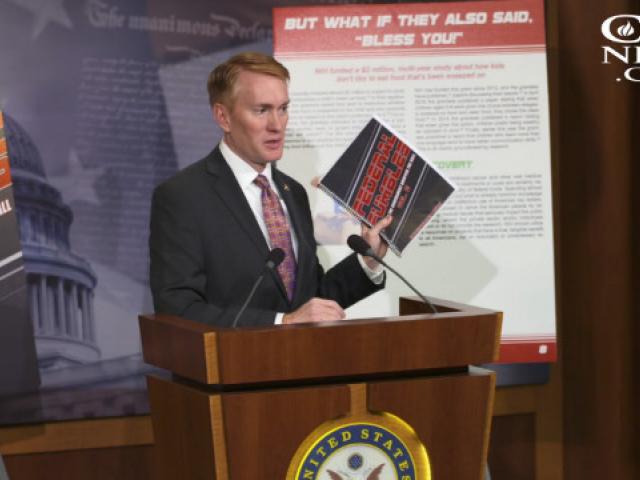 With a government drowning in trillions of dollars in debt, you'd think it would stop spending billions on stupid stuff.  That's why one senator just put out a list of 100 projects that wasted a quarter of a trillion dollars.

This is the second year Sen. James Lankford, R-Okla., has put out "Federal Fumbles," a big spotlight on outrageous cases of federal overspending.  They include "things like the NIH study of about $2 million to study how children perceive food, including testing to see when food is sneezed on, if 5-year-olds will still eat the food." Lankford said.  " Now, I think we could have answered that question for less than $2 million."

Lankford points out all this overspending adds up to a federal debt of almost $20 trillion.

You may think that mega-large debt doesn't have anything to do with you.  But if you're an average American household, your family owes $165,000 of that debt. Yes, that is $165,000.  And you thought your credit card debt was bad!

By the way, Lankford practices what he preaches about cost cutting, running his Senate office way below the budget allotted him.  In fact, during each of the last couple of years, he and his office have returned $230,000 to the U.S. Treasury.