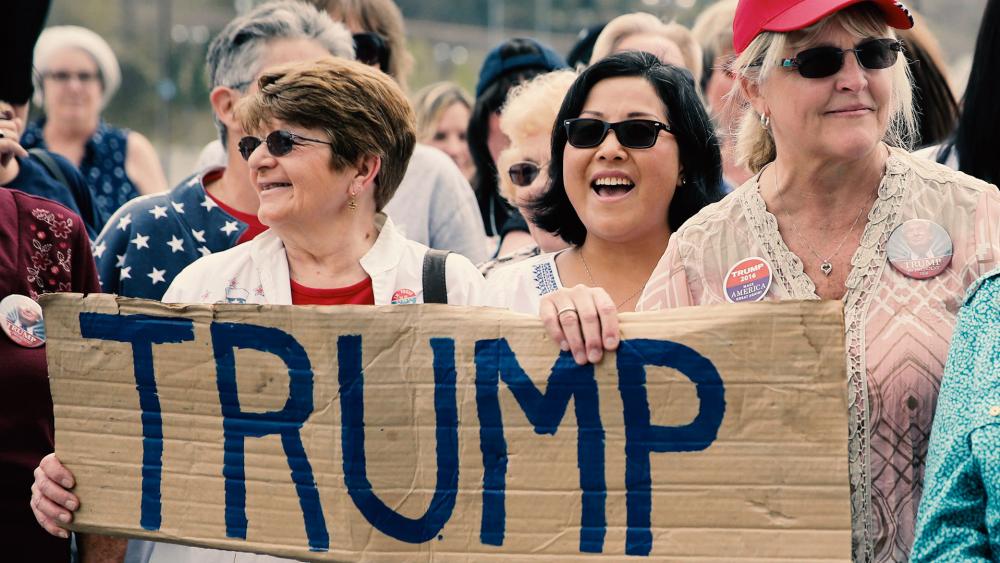 Evangelical women are perhaps most conflicted about the election in the wake of the 2005 recording released this past weekend showing GOP nominee Donald Trump bragging about groping women.

They're disgusted and appalled by his attitude towards women as revealed in the video. Many are unsure of their vote and many are also expressing anger towards other evangelicals who have appeared to quickly dismiss the comments.

Popular Bible teacher Beth Moore broke her silence on the 2016 election to tweet, "I'm one of many sexually abused, misused, stared down, heckled, talked naughty to. Like we liked it. We didn't. We're tired of it."

I'm one among many women sexually abused, misused, stared down, heckled, talked naughty to. Like we liked it. We didn't. We're tired of it.

Moore also spoke out against other evangelicals for downplaying the recording.

"Trying to absorb how acceptable the disesteem and objectifying of women has been when some Christian leaders don't think it's that big a deal," she tweeted.

Thousands of Moore's followers, like social justice advocate Christine Caine, have liked and re-tweeted these tweets.

Katelyn Beaty, former managing editor of Christianity Today, told The Daily Beast "When Christian women like Beth Moore choose to publicly speak about their own experience with sexual assault, it signals to me that they do not feel heard or understood by fellow Christian leaders who continue to support Trump."

On Sunday, author and Bible teacher Sheila Walsh wrote on Facebook, "This is my son's first opportunity to vote. I feel ashamed that this is what we have to offer our children."

Author Karen Swallow Prior spoke out in Christianity Today against Trump's characterization of his comments as "locker room talk."

"Rather than waving a party flag, every honest person of faith should be mourning the truly pathetic state of our union," she said.

Trillia Newbell, a sexual assault survivor and director of Community Outreach for the Ethics and Religious Liberty Commission of the Southern Baptist Convention, wrote on Facebook, "Trump isn't just an entertainer. It's no longer funny. It's unacceptable. It's grievous. A man went to jail for the very things he is bragging about."

Abstinence advocate and author Dannah Gresh lamented on Facebook that both Clinton and Trump "are so embroiled in their own moral failures that they cannot even get around to discussing the administrative needs of our people."

Charmaine Yoest, senior fellow at American Values, spoke out against Trump's lewd comments on CNN but cautioned voters to look beyond them and consider his entire platform.

"Voting for someone is not the same as endorsing their entire character," she said.