Megachurch Pastor Quits Trump Advisory Board, Others Pledge to Stay 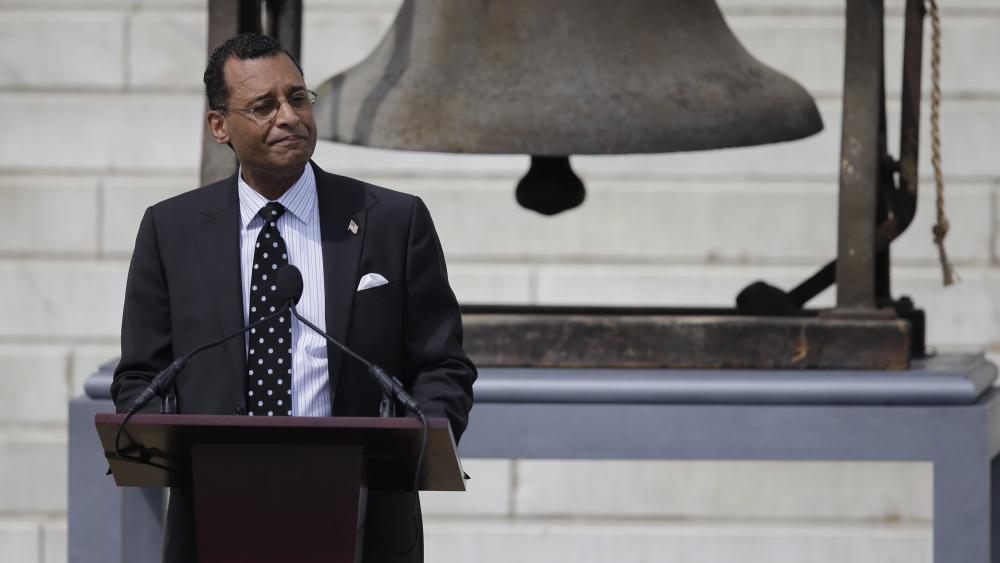 President Trump's business councils may be a casualty of his controversial comments following white supremacist violence in Charlottesville over the weekend—and now a member of his evangelical advisory board has followed suit.

Pastor A.R. Bernard announced his official departure from the council Friday night, although he said he stepped away months ago.

My statement regarding my resignation from the President's Evangelical Advisory Board. pic.twitter.com/Ocae6SQxjZ

Other members of the council, like Pastor Mark Burns say they are staying put.

In a video posted to Twitter, Burns said, “I will NEVER RESIGN or Abandon @POTUS over #Charlottesville. He needs his spiritual Advisers more than Ever..!

I will NEVER RESIGN or Abandon @POTUS over #Charlottesville. He needs his spiritual Advisers more than Ever..! https://t.co/EinQMrPtXD

In an interview with CBN News’ Faith Nation, Pastor Robert Jeffress not only stuck by the president but supported his statements on Charlottesville.

Others have also pledged their support.

"I believe it would be the immoral thing to take the stewardship of influence that's been given to us and withdraw from it under the pressure of people who oppose the president and will oppose the president whatever he does," Johnnie Moore, a former senior vice president at Liberty University and also one of the President's evangelical advisers, told Premier Radio in the UK.

"It's our responsibility to give advice, give counsel when we're asked and it's the administration's responsibility whether they take it," Moore continued.

In a statement to ABC News, Moore said, "...we appreciate the deep relationship we have with the administration and the listening ear they have given to us and continue to give to us. We take this seriously, and we feel no responsibility to convey publicly the clear advice we've given them, privately. We will continue to do so. It's their responsibility to do with it what they will. It's our responsibility to fulfill our spiritual and national duty."

Dr. Darrell Scott, pastor of New Spirit Revival Center in Cleveland, OH, is firing back at the critics, tweeting: "Those CEO's didn't jump ship on the POTUS because of any "Moral High Ground". The(y) jumped ship to protect their brand and their profits!"

Their support for the president did not keep the faith leaders from speaking out against Saturday's violence in Charlottesville.

"White supremacism, racism, and anti-Semitism are bigotry and they are pure evil. I hate them, and I call upon all Americans to defy them with intentional acts of solidarity and love," said Moore.

Samuel Rodriguez of the National Hispanic Christian Leadership Conference, who took part in Trump's inauguration, criticized those who were trying to use the events of last weekend for their own political gain.

"Unless, we bridge this senseless and partisan divide there will be more horrors to come. It's on each of us to be a part of solution and it begins with turning our political swords into plowshares. We must begin to work together to heal our nation," said Rodriguez.

Ronnie Floyd, senior pastor of Cross Church in northwest Arkansas and a former president of the Southern Baptist Convention, said the actions of the white supremacists do not represent any form of the Christian faith or values.

"In fact, white nationalism and white supremacism are anathema to the teachings of Christ, who called us to love and to serve our neighbor — regardless of skin color, gender or religion — to give up our life for our friends and to even love our enemies," Floyd said.

Moore told Premiere that when it comes down to it, now is not a time that he or any of his fellow religious leaders are focusing on politics.

"This is a moment for the church to be the church and even those who are in a position of advising the White House - that's what we're doing."

Calls To Do Better

However, Michael Wear, a former member of the Faith Based and Neighborhood Partnership Office under President Obama told CBN News he doesn’t expect the council to abandon the president, but to put their position to better use.

“I don’t think these folks have to step down or back away. I think you have the opportunity to pray and speak into the lives of our leaders and decisions they make. Take that but steward it well. And steward it in a way that is for the flourishing of your neighbors not just self-aggrandizement,” said Wear.

He also went on to question the legitimacy of the council and how a group made up solely of evangelical leaders could be a voice for all Christians.

“President Obama, when he entered office, established something called the president’s advisory for Faith Based Neighborhood Partnerships. We had over the course of his time, hundreds of advisors who were officially commissioned by the president to advise the government,” he explained.

He said Trump's board wasn't officially commissioned. He also said they should do more to hold this president accountable.

“They weren’t all Obama supporters. Many of them we knew had voted against and spoken out against the president. The point of a faith council isn’t to prop up religious leaders. If it’s a faith council it should be people who are well positioned to inform the administration how the faith community feels on policies they are pursuing and how best to work with the faith community,” Wear challenged.