Fake or Fact: Have White House Press Briefings Always Been a Daily Occurrence? 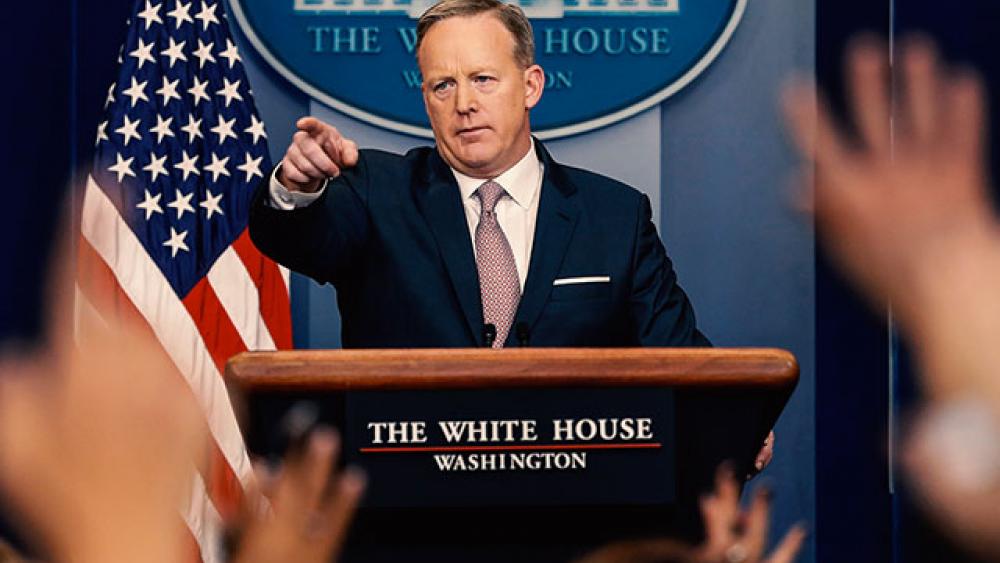 WASHINGTON -- Lately, there has been a lot of talk about the White House press briefings.

Many members of the media were taken aback when the White House announced it would be cutting back on the on-camera briefings.

The decision to scale back started under former Press Secretary Sean Spicer. But during Anthony Scaramucci's short tenure as communications director, he declared the cameras would be back on.

But with Scaramucci gone, will the presence of live daily briefings diminish once again? And what is the history behind the press briefings? Have they always been a daily occurrence?

White House Correspondents' Association board member Todd Gillman explained to CBN News the history of reporters at the White House.

"The White House Correspondents' Association, which represents reporters that cover the president at the White House, started in 1914. It was about a year after Woodrow Wilson became the first president to begin holding full normal press conferences," said Gillman.

Wilson reportedly grew tired of those press conferences due to "irrelevant "questions from reporters.

And while President John F. Kennedy was the first to hold a live TV press conference, the concept of a daily, live televised briefing didn't begin until the Clinton administration  -- but that ended pretty quickly.

"The briefing is more an opportunity to exchange ideas and to have a conversation about what's happening.That wasn't really happening in a way that as productively as we had hoped," reflected former Clinton Press Secretary Dee Dee Myers in an interview with C-Span.

"It was a little chaotic. It was a fairly new approach. Reporters didn't know how to cover it. The people who were actually providing these briefings were, for the most part, had just come off a successful presidential campaign and were trying to transition," he recalled.

Gillman, who has covered three different presidents, says the briefings seem to vary with each administration.

"The Obama administration briefings under Josh Earnest and Robert Gibbs and Jay Carney tended to go pretty long. There was a lot of filibustering on both sides, a lot of long-winded questions with a lot of follow ups," said Gillman.

"Sean Spicer's briefings were much quicker. He really believed in the lightening round kind of thing. He bounced around the room," Gillman explained.

"Sarah Huckabee Sanders also believed in the lightning round." he continued. "There is a huge trade-off and frustration because they don't necessarily get to all of the important questions. And they have skipped over the mainstream established media, not always but sometimes have played favorites with the conservative media."

And while each press secretary has a different delivery he also says reporters come to the room with varying missions as well.

Across party lines, there has been no shortage of juicy exchanges over the years.

A former George W. Bush staffer recalled many heated exchanges between the press and the press secretary.

Similar battles were seen during the Obama years.

And the battle over information and narratives will probably continue on or off camera.

When it comes to the history of briefings, there is no rule saying they have to be on camera, every day.

Gillman says the WHCA is not demanding daily on-camera briefings but when it gets to once or twice a week, that's a problem.