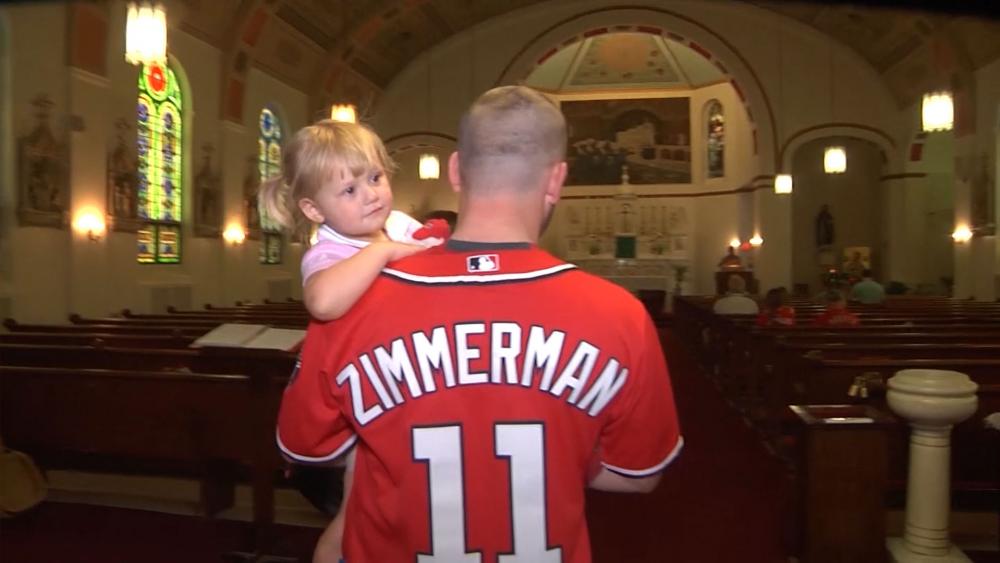 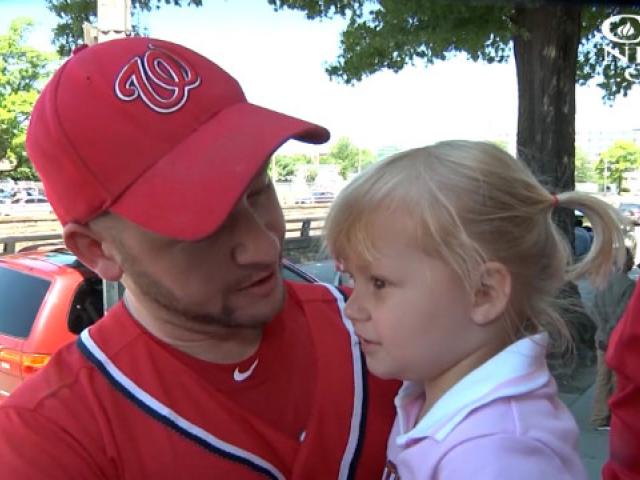 Washington – A church in the nation's capital is hitting a home run on Sunday game days, trading in dress clothes for baseball gear.

Dunlap always dresses in home team colors as she cheers for the Washington Nationals. But before she can go to the game, she attends service at St. Vincent De Paul in southeast Washington, D.C.

In 2014, church leaders came up with the idea as they watched fans walk by the chapel on Sundays. That idea led to "Nats Mass," which starts an hour and a half before game time.

"That is the joy of it of the Nats Mass, bringing people together to worship together as one family knowing that it is first of all God," said Father Andy Gonzalo.

To help spread the word about Nats Mass, the church draped two big banners along the bell tower so fans can slide into service before the first pitch.

"I have witnessed some who just said to me, 'Father this is my first time to come to Mass, but because I saw that sign I came,'" Father Gonzalo recalled. "That was so touching for me as a priest."

Nats Mass even has its own hastag, which aims to spark chatter about the service across social media.

"It's nice, too, because this is an outreach as well, because we can talk about how we went to Nats Mass before we went to the ballgame – another opportunity to talk about Christ and witness to people," said Daniel Dunlap who attended Nats Mass.

The service is also not just for the home team.

"So you don't turn away the opponents?" asked CBN's Ben Kennedy.

"No, we don't. They are all welcome. Why? It's worship: it's mass to give thanks to the Lord," Father Gonzalo explained.

The first Nats Mass service only attracted five people. Three years later that number has grown to more than a hundred -- a grand slam for St. Vincent de Paul, sharing God's message one pitch at a time.

"We're rooting for finding God, fellowship, friendship, and hopefully a great game where everybody can have a great time," said Patrick Abbott who attended the first Nats Mass.