Supreme Court Dream Team: All the Buzz about These Three Trump Picks 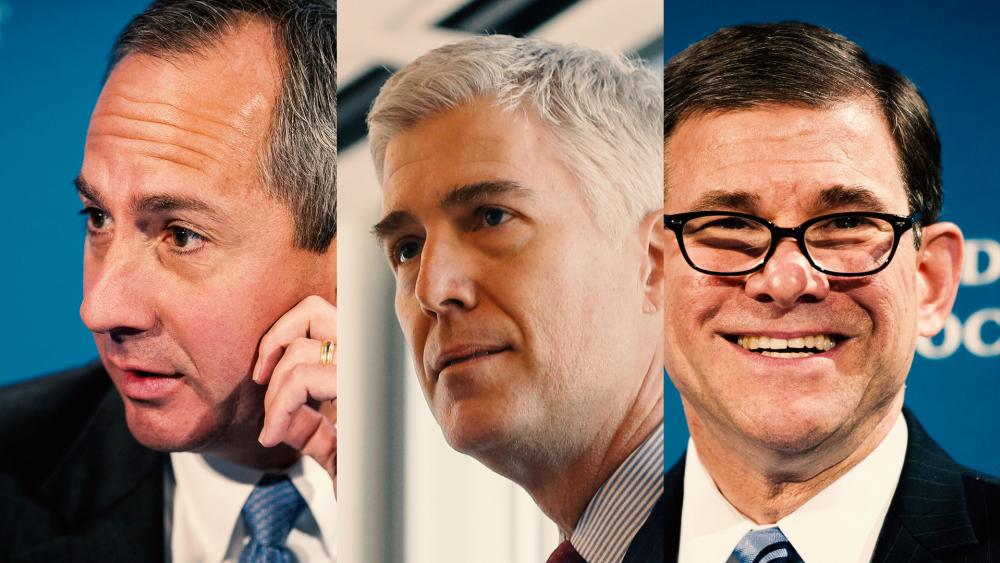 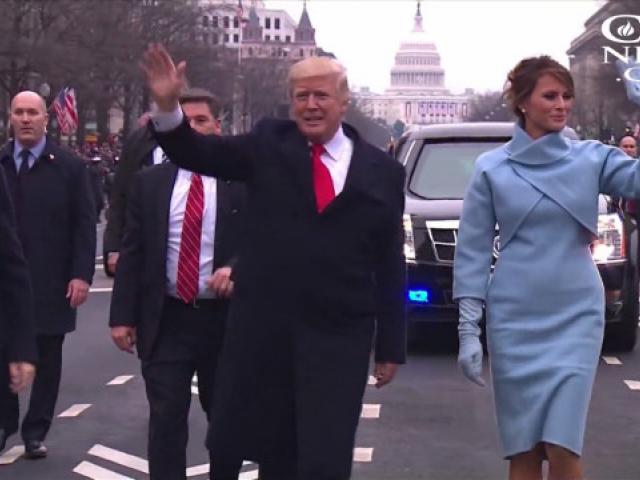 President Donald Trump will announce his nominee for the U.S. Supreme court in primetime Tuesday night, just about two weeks short of one year since conservative Justice Antonin Scalia died.

Candidate Trump promised to pick from a list of 21 names, all constitutionalists, all likely to lean pro-life, and the short list is reportedly down to two: Neil Gorsuch and Thomas Hardiman.

CBN News spoke with Jay Sekulow of the American Center for Law & Justice about the key qualities the president is looking for in a Supreme Court nominee.

"Well, he's looking for textualists, strict constructionists, people that are going to interpret the constitution as it written," said Sekulow.

Gorsuch is said to be at the top of Trump's list and he has the backing of pro-life and conservative groups.

"He has one of the most stellar academic resumes of the bunch, and we're talking about some pretty tough competition," said Carrie Severino of the Judicial Crisis Network . "He went to Harvard Law School, he was a Marshall Scholar, he had not one but two Supreme Court clerkships."

Trump's baseline -- with all his nominees -- isn't what political party they belong to, but whether they're a constitutionalist.  It's not about what they think of the law, but what the Constitution actually says the law is.

Curt Levey at Freedomworks and the Committee for Justice said Gorsuch fits that description.

"He really does impress people as a rule of law guy.  He'll follow it where it goes," Levey explained.

Severino said Gorsuch's track record suggests he will protect religious rights, noting he's made "...some good decisions on religious liberty issues. He was part of the court that heard the Hobby Lobby case as well as the Little Sisters of the Poor case.  And voted the right way on both of those as far as I'm concerned, defending religious liberty and standing up for the rights in those two cases."

According to LifeNews, 'Gorsuch also has made pro-life comments about abortion and strongly opposes assisted suicide.'

He has written a book, The Future of Assisted Suicide and Euthanasia, which (as Princeton University Press puts it) "builds a nuanced, novel, and powerful moral and legal argument against legalization one based on a principle that, surprisingly, has largely been overlooked in the debate—the idea that human life is intrinsically valuable and that intentional killing is always wrong."

The Left Likes Gorsuch…Until He Gets Nominated

Levey said Gorsuch is, "highly regarded by nearly everyone even on the Left. Of course, they'll forget that if he gets nominated."

Severino said of Gorsuch and the Left, "The same religious freedom cases that we would view as 'wow, this is great,' this shows that he understands the First Amendment, he understands the Religious Freedom Restoration Act and our fundamental rights, is something that the Left is going to see as a threat."

Will conservatives or pro-lifers find anything about Gorsuch to oppose?  Nit-picky stuff, Severino suggested.

"People were complaining that he signed onto an opinion that used the word 'fetus' instead of calling it an 'unborn child.'  The level of pickiness that we're looking at here, Justice Scalia would not have passed this threshold," Severino insisted.

Politico reports Gorsuch is the son of a Reagan Cabinet member and is favored as a worthy intellectual heir to Scalia.

The other name rumored to be on the top of the list is Third Circuit judge Thomas Hardiman, who just happens to serve alongside Trump's sister, Judge Maryanne Trump Barry.

"He came up from working class roots," Severino said, adding, "He drove a taxi for his family business, growing up to work his way through school.  He just sounds like he's a great guy."

Hardiman, 51, graduated from the University of Notre Dame in 1987 and from Georgetown Law School in 1990.

He is a staunch defender of the Second Amendment and gun rights.  In a religious liberty case, he sided with a mother and son when the boy wasn't allowed to read Bible verses during a kindergarten show-and-tell at his public school.

Levey said of Trump picking Hardiman, or for that matter anyone on Trump's list of 21, "I really would be and I think the vast majority of conservative attorneys would be very happy."

In an interview with Politico, Trump advisor Leonard Leo said, "If it's Hardiman, the story will be 'here's a guy of modest means, from Western Pennsylvania, typical Irish-Catholic family and here he is reaching the pinnacle of the legal profession."

The Washington Examiner reports, "He's probably the most conservative judge that can get confirmed,'" a well-placed source familiar with the deliberations quoted Trump as saying in a private meeting.

11th Circuit judge William Pryor seemed to have the inside track for a few weeks.

Severino suggested that was because "He has a very distinguished record of constitutional fidelity.  So many great decisions.  There are some really good ones on religious freedom."

But his past controversial comments on topics like abortion may cause an apocalyptic bitter battle in the Senate.   And Trump may want to avoid that much trouble this soon into his new presidency.

"Your best bet is to go with the best person that you think has a reasonable chance to get confirmed," Levey explained.

But Severino appreciates Pryor's willingness to say what he believes in past hearings.

"He was very outspoken during his confirmation hearings and got a lot of flack from the Democrats at the time," Severino said.  "Because they asked him straight up 'what do you think of Roe vs. Wade (that legalized abortion)?'  And he said, 'it's an abomination, a constitutional abomination.'  So kudos to him for being able to say it like it is."

Whoever the choice, they are not expected to switch the balance of power on the courts on most matters because they will fill the seat vacated by Scalia.

And when asked how many more justices President Trump could possible appoint to the high court, Sekulow replied, "you look at the age of the court...it is conceivable that in addition to the one now there's two more, maybe three."

No matter who it is they will face rock-hard opposition from Democrats in the Senate, where confirmation hearings will be held.

The Washington Examiner reports that Senate Democrats and the groups that support them will portray Trump's pick as an 'out-of-the-mainstream right-wing extremist who will move the country backward on civil rights, women's rights, gay rights, transgender rights, environmental protections and all sorts of other areas.'

"They're Going to Shake Their Fist"

Levey said of these Democrats, "I think it's fair to say no matter who Trump nominates, they're going to shake their fist. So I think it comes down to how much ammunition will they have?"

Severino added, "Everyone on this list is going to get major attacks from the Left.  And that's because they do have a very strong record of upholding constitutional fidelity."

Sekulow agrees saying, "These are all very well qualified nominees. Having said that I expect every one of them to have a very serious fight for confirmation. That's going to be a real battle here."