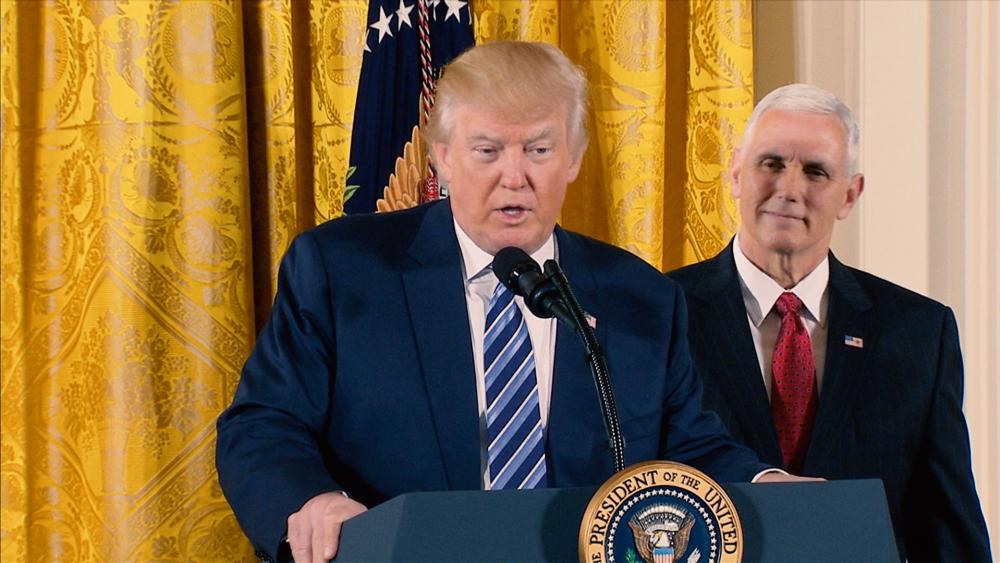 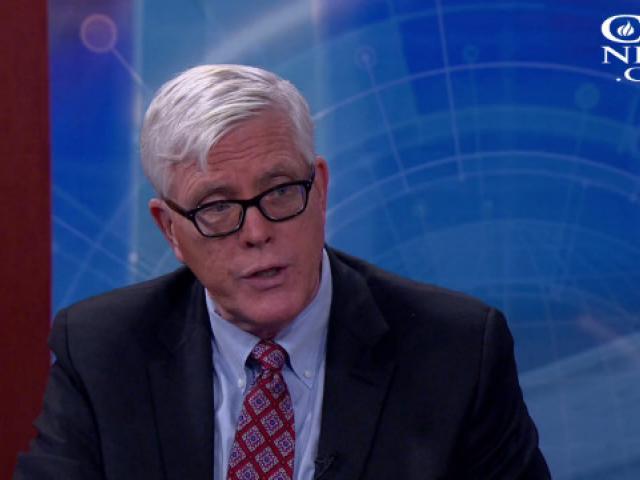 WASHINGTON – With the stroke of his pen, President Donald Trump has set off a firestorm with executive actions on everything from dismantling Obamacare, reinstating the "Mexico City" policy ban on abortion funding internationally, cutting regulations, and imposing a temporary ban on refugees.

The moves have won him praise by his supporters, who are enthused that he is following through on campaign promises. His opponents, however, are decrying his first two weeks in office, suggesting the president has set in motion the dismantling of the core values that define American democracy.

Conservative radio host Hugh Hewitt told CBN News in a wide-ranging interview that Trump's election as the 45th president has ushered in a new political era he calls "The Fourth Way."

"It's a new thing for America," Hewitt said. "The Fourth Way is a merger of Trump nationalism with Paul Ryan conservatism."

Hewitt, the author of a new book by the same name, believes the Trump wave is far from over. He predicts Republicans will pick up more seats in the 2018 midterm elections, clearing the way for a second term.

"If they don't do stupid things and deliver on the agenda, we'll be fine," Hewitt commented. He described the agenda as a four-part congressional compromise giving Mr. Trump the money required for his infrastructure plan, funding for a wall that protects the border with Mexico, ramping up the naval fleet, and regulatory reform.

Still, Hewitt cautioned against the potential of impeachment if Democrats win in 2018.

"In fact, a Democratic congressman from Maryland already precipitously brought an article of impeachment based on a very strange reading, in my opinion, of the Emoluments Clause," Hewitt explained.

He was referring to newly-elected Rep. Jamie Raskin, D-Md, who is also a constitutional law professor. Raskin believes the president, with global business interests as the former head of the Trump empire, may be in violation of the Constitution's Emoluments Clause, which prohibits elected officials from accepting "an emolument or any payment at all from a foreign government."

Hewitt, who also teaches law, believes Raskin and others have formed a wrong interpretation of the clause.

"I don't think an arm's-length transaction like Trump Hotel on Pennsylvania Avenue or in Brazil or wherever it would be is an emolument. I think they're just wrong," he said.

Yet, he believes that won't stop Democrats from proceeding with that game plan, especially if they win majorities in Congress.

"The reason he's on thin ice, if you give [Democrats] arguments, they're beginning already, it's like a two year manufacturing process," he added. "They're manufacturing claims against President Trump that they would use."