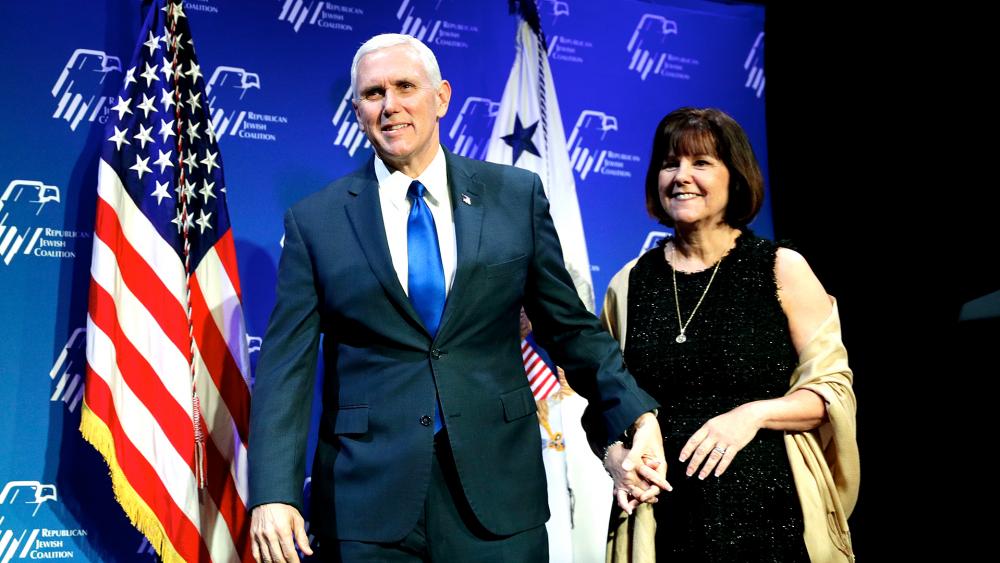 It started with a profile about Karen Pence, the wife of Vice President Mike Pence, by the the Washington Post.

The article highlights the bond between the Pences and the commitment to their marriage that they both share.

At one point it quotes an interview with The Hill from 2002, where Mike Pence said that he never eats alone with a woman other than his wife and that he won't attend events featuring alcohol without her by his side, either.

The exact quote from The Hill reads, "'If there's alcohol being served and people are being loose, I want to have the best-looking brunette in the room standing next to me,' Pence said.'"

For a majority of conservative religious people, this statement, made 15 years ago by the now Vice President sounds normal--sound advice to married couples to guard themselves from temptation.

Billy Graham actually made a similar rule for himself and the other pastors working in his ministry. Back in 1948 Graham, was speaking with his colleagues about the temptation of sexual immorality that they'd seen other evangelists encounter.

After further discussion, they decided that in order to avoid any situations that would compromise them or bring on suspicion, they would not, "travel, meet, or eat alone with a woman other than my wife."

In today's culture, this is not a sentiment embraced by a majority of secular America.

In response to the Washington Post article, an outcry is growing on Twitter, fueled by people reacting with surprise and anger to the Pence family rule.

Pence is not a good guy or a good husband for not eating with women. He's a guy who thinks women are purely sexual, and lesser than men.

Women see the practice as misogynistic, many questioning whether it will become a professional disadvantage to women--keeping them from meeting alone with the Vice President, or even working for him.

1/ If Pence won't eat dinner alone with any woman but his wife, that means he won't hire women in key spots.

Some women within the evangelical community also balk at the idea of such a high-ranking politician holding himself to the Billy Graham rule--wondering if it's wise to subject professional relationships to such a strict standard.

The Hill article gives more context on how the Pences were thinking about this, at least back in 2002. Pence said he often refused dinner or cocktail invitations from male colleagues as well.

"It's about building a zone around your marriage," he said. "I don't think it's a predatory town, but I think you can inadvertently send the wrong message by being in (certain) situations."

"I've seen friends lose their families. I'd rather lose an election," Pence said.

It's unknown whether the Pences have chosen to adjust the way they navigate their marriage now that Mike Pence is the president's No. 2; however, it's clear that the Vice President's commitment to his wife takes precedence--whether or not others find it strange, surprising, or even alarming.